Stop and ponder for a minute – picture our world if we were all Pagan.

Heathens, infidels, gentiles – pagan thorns in the side of chest pounding, power brokers carving out their niche in the ancient world. Non followers of the emerging religious muscle men, scorned and ridiculed; their beliefs becoming the poster child for debauchery. Painted as simple and inferior for worshiping multiple deities, big religion eradicated and absorbed culture after culture. Indigenous people assimilated – converted into malleable shells; easy to control, easy to milk for the vast fortunes needed to maintain the bloated machine.

If by some magic it were all a bad dream – what would be so wrong with that? Ponder where we might be today if the Aztec and Inca civilizations were left to their own devices. Think of the men of science burned at the stake because they made the church nervous. Picture where medicine could be but for snuffing out Pagan practitioners. Ponder a world built on reverence and respect for natural resources that sustained us. Contemplate a life freed from guilt, oppression, or arbitrary rule changes.

Before “big religion” reared its ugly head people worshiped deities that made their world definable. Fertility, harvests, seasons, success in battle – all handled by separate spiritual departments. The Pagan gods didn’t get bogged down in the details, each one with a specialty; clearly defined and not subject to whims or political hankering. Ancient deities  kept us focused on our planet, they brought rain, food, and sunlight.

Be it ancient heathens or big religion; all were born in creation myth. Since the beginning of time temples and places of worship have been erected, and offerings were made to the “gods”. The difference is, ancient deity worshipers didn’t change the rules as they saw fit.

Once upon a time religion made sense of the unimaginable, structured society and brought people together. Over time it’s become a hideous monster. Oppressive, judgmental, and ignorant – so far removed from its innocent intention at birth – I now fully understand the term “blind faith”

So I ponder a pagan world; for lack of a better description a world where we don’t give a rats ass what deity any body else worships. Worship God, Allah, or a box of cornflakes – pray for a new iphone or world peace, nobodies business but your own. All I ask is that the righteous stop talking about it.If your deity was the one and only, how the hell did the rest of us get here? 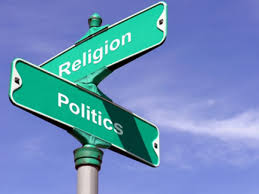