Adventure day four unfolded as a postcard – a memory filed for eternity in the shoebox of my mind. It’s late, I’m tired, unable to put thoughts to ponder. All I can offer is a single image, a little teaser until my ponder takes shape….

Christmas at my house always involves board games, I’m revisiting Monopoly because it defined so many Christmases

As a child we played a lot of board games – Monopoly for the most part – more often than not, it ended long before any satisfactory conclusion. Not that it mattered, the rules were simple and it was something to do.Every family had a Monopoly game; expressions like “get out of jail free” or “do not pass go” became part of popular culture.

Monopoly wasn’t something I would ever classify as fun; the premise of collecting property by forcing others into bankruptcy struck me as vicious – perhaps explaining why the game rarely reached a conclusion. I can’t recall a single game with an amicable parting of players. If we didn’t lose interest, it was guaranteed someone stormed off in a huff.

Before Christmas, shopping found me in a game store. Years since I’ve paid the slightest attention to boxed games on store shelves. I’m can’t say for certain…

I can’t think of a nicer Christmas wish than Playing For Change Guantanamera. Listen to the beautiful voices of Cuba, then click on the link for a message transcending politics.

Christmas strikes me as an absurd mutation – Jesus wasn’t born in December, ( Romans slipped the occasion in with Pagan solstice celebrations to make it more palatable – Christmas trees mimic early Pagan rituals of cutting branches in mid-winter), Santa Claus mythology is just about as non-Christian as it gets. (Fundamentalists want to ban Harry Potter yet a red nosed Reindeer flies Santa around the world in one night). Does anyone even know why we exchange gifts? Apparently “miracles” happen at Christmas – who performs them?

Pondering “Christmas spirit” led to a conclusion. Christmas needs an overhaul. Instead of painful, politically correct seasonal marketing, why not put our foot down and say “Christmas gifts are no longer required”. I propose Christmas be a time for awareness – giving not to our family, but to the global community. Imagine the possibilities – if we applied even a smidgeon of money spent on gifts towards global initiatives. what might we accomplish?

Ask yourself why we exchange gifts – if reason escapes you, maybe it’s time for a Christmas overhaul.

It started without incident, my last day of work before Christmas. No surprises, a repeat client – over and done in time for a quick nap before heading out to power shop Christmas. So far, so good.

Most years my shopping takes place over a frantic day and a half before 5 PM curfew on Christmas Eve. Not much for online shopping, my decision a few days ago to order a wide angle lens for my husband’s camera, brought me to Amazon for the first time. A babe in the woods – pleased with myself for taking his gift off the list, happily clicking on “guaranteed delivery” by December 23, seemed well worth the minimal extra charge. Believing my credit card purchase would be processed before shipping struck as reasonable. Not so fast –  logging into Amazon I discovered an “import fee deposit” of $45 in addition to taxes and expedited shipping fee. Hmm? I came home from work to find the package sitting on the doorstep, logged into my Visa account – holy crap! $45 had turned into $136. With taxes, shipping, and mysterious import fees – a $310 lens cost almost $500. Unimpressed is putting it mildly.

Live and learn notes. Time for that nap and shopping, at least his present was tucked away.My husband and I hit the mall. It was remarkable – giddy with progress, within half an hour it was back to the car to unload. Up went the glass lift-gate, in went the parcels – oops, the top part of the gate wasn’t locked. He opened it again (don’t know what possessed me other than trying to be helpful) I reached in to manually lock the gate just as he slammed it down. I can’t say for certain my finger is broken – without question the middle finger of my right hand is cut, bruised, swollen double size and sports a worrisome “bend”. It wasn’t his fault.

Time to call it a day. I’ll go home, pour myself a glass of wine, post some of his photographs – that will make me feel better.

Anyone who’s followed me a while knows about my Black Widow spider trouble. I’ve lost track – I think the one under the wood valance in my bedroom is number 13. I spotted her a few weeks ago. Not very big, incredibly polite, I cut her a deal – mind your manners, we’ll get along just fine.She thanked me for not vacuuming her to oblivion by keeping her end of the bargain. Until tonight.

I said goodbye this morning, she hasn’t strayed more than an inch or two in days.we were getting along famously. A few minutes ago I looked up – perfect, I’ve lost my spider.

Another black and white glimpse of Vancouver. 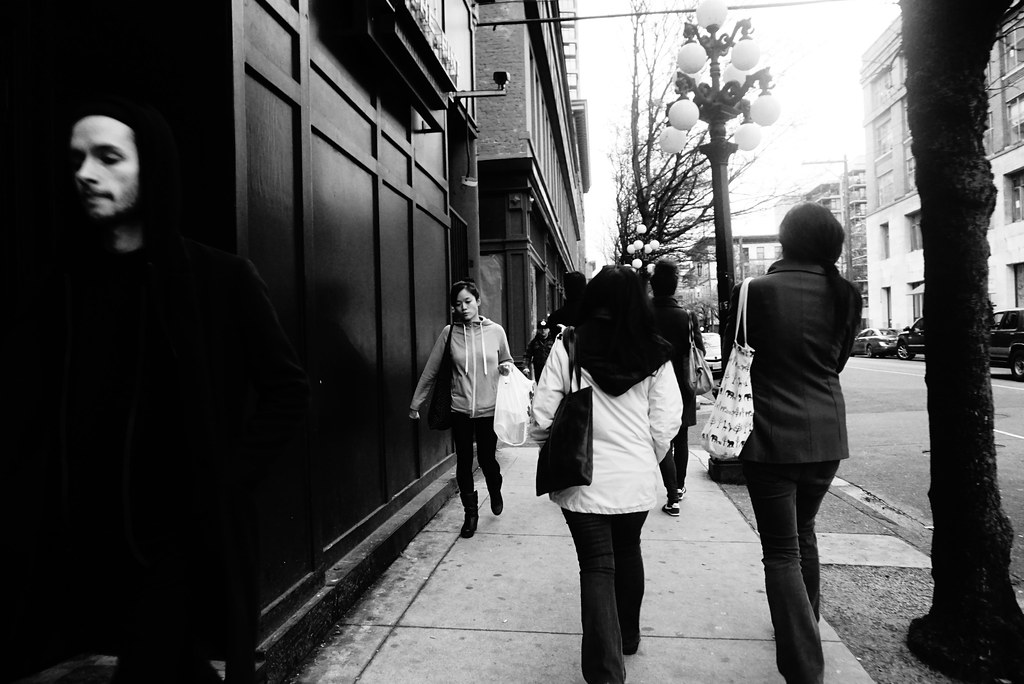 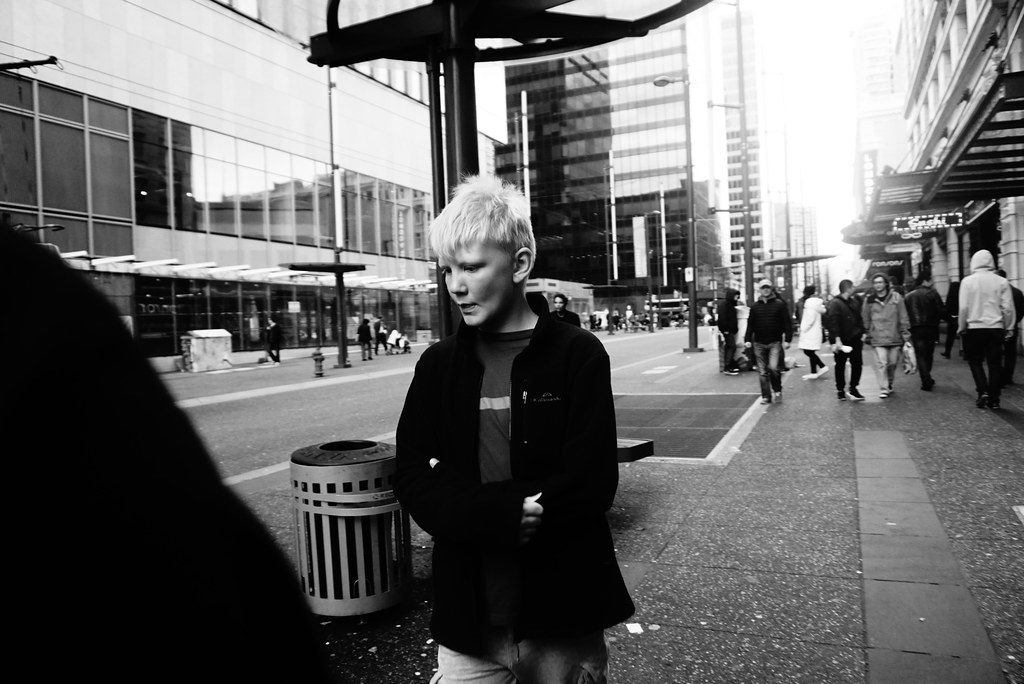 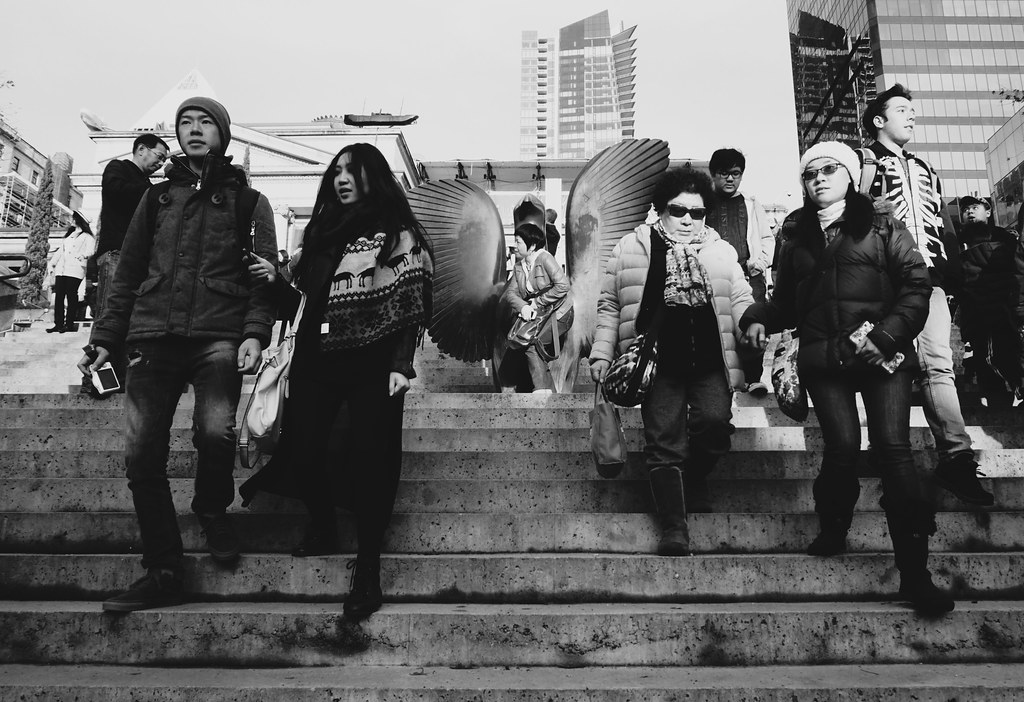 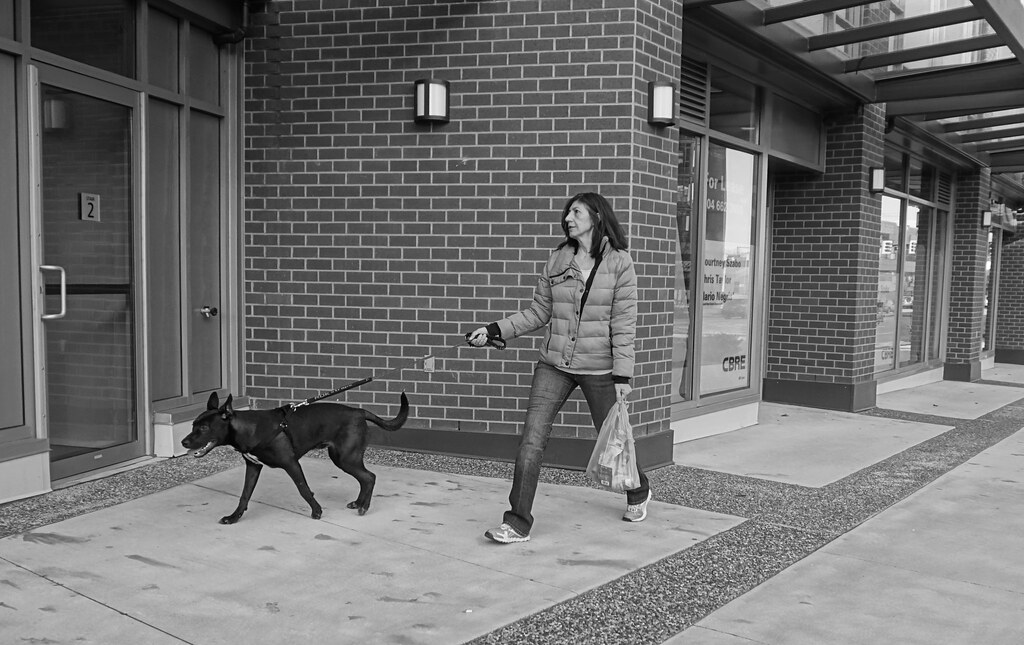 All images taken by my husband over the past week.

I never liked my feet. My mother used to tell people that when I was little, my footprints in the sand; looked  like a duck had waddled by. My foot shame grew as I did; shapely legs, slender ankles came to a grinding halt at the abomination called my feet. Nothing dainty about them. Size 9, just about as wide, and the ultimate cruelty; a second toe longer than the first.

Growing up on a farm didn’t help the situation much. As soon as school ended for the summer break, the shoes came off. We called them our “summer feet”; they were impervious to pain. My siblings and I put a lot of effort into this pursuit. For the first week of vacation we hobbled about gingerly – hot pavement, gravel, brambles – miraculously each of us declared the arrival of our leather feet. We became unstoppable; we ran like…

Hands down, one of my favorite cover songs. Patti Smith – timeless, infectious, legendary.

Yesterday morning began as any other – reaching for the remote, instinctively allowing a news station to transport me from semi-conscious to reality. Almost immediately I heard this….

“Today, America chooses to cut loose the shackles of the past, so as to reach for a better future for the Cuban people, for the American people, for our entire hemisphere and for the world,” – Barrack Obama

Leaping from bed with alarming intensity, I nearly stepped on the dog trying to reach my phone. Texting my husband and daughter “Obama just lifted the embargo on Cuba”. “I KNOW!” instantly shot back from my daughter. My husband called a few minutes later – “Holy craps” were exchanged, as we parted to investigate further.

Miniscule shreds of conscience capable of acknowledging Obama’s bold (reasonable and about freakin’ time) announcement, quickly succumbed to overwhelming selfishness. Cuba sole my heart – a remarkable country, full of remarkable people. Proud, stoic, resourceful, artistic, joyous people who persevered despite insurmountable odds. Horrified at the prospect of American business homogenizing “my Cuba”, I found myself spiraling towards a full on tizzy fit.

Allowing a day to ponder implications of Barrack Obama’s policy shift eradicated my fears. Caught up in the historic American “about face”, I almost forgot how U.S. politics worked. I could have spared considerable grief, hours of self loathing for putting the Cuba I love before the people who struggle with rations and shortages, if I’d been quick enough to remember the Republicans.

“This entire policy shift announced today is based on an illusion, based on a lie,” Rubio, who is the son of Cuban immigrants, told reporters on Capitol Hill. “The White House has conceded everything and gained little.”

“I’m committed to doing everything I can to unravel as many of these changes as possible,” he added.

As of January 6, 2015 the U.S. Senate will be controlled by the Republican party – icing on the cake, Marco Rubio will be the chairman of the Foreign Relations Committee’s subcommittee on the Western Hemisphere (complete with oversight responsibility for the region).

“This Congress is not going to lift the embargo,” Rubio declared at the end of his news conference.

“Relations with the Castro regime should not be revisited, let alone normalized, until the Cuban people enjoy freedom -– and not one second sooner,” Boehner said in a statement. “There is no ‘new course’ here, only another in a long line of mindless concessions to a dictatorship that brutalizes its people and schemes with our enemies.”

Sen. Lindsey Graham (S.C.), one of the most outspoken Republicans in Congress on matters of foreign policy, threatened to do everything in his power to block funding from being used to set up a U.S. embassy in Cuba. “Normalizing relations with Cuba is bad idea at a bad time,” Graham said on Twitter.

Now I’m mad – who do these nincompoops think they are? Cuba is lovely without Starbucks or McDonalds, the Cuban people however deserve a little respect. America spews blustery rhetoric on how compassionately the “greatest nation in the world” views global issues. All hot headed Republicans see is a Communist nation. Pig headed “over my dead body” gobbley gook emanating from a gaggle of close minded pin heads.

Kudos to you Barrack Obama – never let it be said you didn’t attempt righting an enormous wrong. 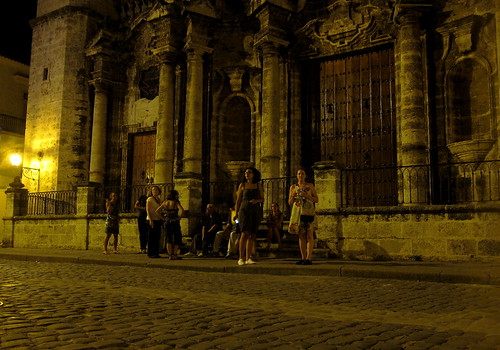 Notes and daughter in Havana

On December 1, diplomats from 195 nations gathered in Lima Peru for a conference on climate, their intention – draft a new accord to “curb” global warming. Organized by the United Nations, COP 20 (coalition of parties meeting on climate for the 20th time since 1992) Lima hopes to lay foundations for Paris conferences a year from now – Paris 2015 aims to formalize COP 20 recommendations – sewing up a resolution to replace the Kyoto Protocol that expired in 2012. Perhaps with China and America on board (neither country signed the Kyoto Protocol – hardly surprising when you consider they rank first and second in greenhouse gas emissions).

Enter Greenpeace. Never shy, rarely at a loss when it comes to making a statement – Greenpeace decided to desecrate a World Heritage Site. Oh man, I would have loved to be at that strategy session. “Lets sneak onto a high desert plateau in Peru and place a message about renewable energy in giant plastic letters next to the Nazca Lines”. Never mind the importance or delicate nature of Nazca’s historical treasure – our message will be seen from space. Holy crap Greenpeace, you crossed a line.

Greenpeace needs a reality check, at the very least a little soul searching. When you find yourself trashing world heritage sites, traipsing your way across precious remnants of ancient pasts to erect PLASTIC signage about renewable energy – get a grip, you crossed the line.

Far from impressed, the Peruvian government stated “It’s a true slap in the face at everything Peruvians consider sacred”. From the Huffington Post….

The Greenpeace activists entered a “strictly prohibited” area near the famed figure of a hummingbird, according to the Associated Press. Entrance to this area is permitted only with authorization, and those who get approval must wear special footwear.

“They are absolutely fragile,” the minister said of the geoglyphs. “They are black rocks on a white background. You walk there and the footprint is going to last hundreds or thousands of years. And the line that they have destroyed is the most visible and most recognized of all.”

“The action took place on the occasion of the climate conference in Lima, where government leaders have a historic opportunity to tackle the effects of climate change. Unfortunately, this important message has been overshadowed by our rude and inconsiderate action.”