Once upon a time Canada made sense – no need to beat our chests, or compete with world powers, we knew who we were. Canadians softly carried the burden of both great wars. Our chests,  swollen with respectful reverence and gratitude didn’t require beating. Recognizing a great truth,  Canada distinguished itself as global peacekeepers – we knew what it meant to be Canadian. That was before Stephen Harper.

Stephen Harper’s Canada teeters on the brink of calamity for every ideal and principle “my” Canada holds dear. Before Harper’s election victory in 2006, Canadian troops functioned as “non combat” observers and deterrents. Harper wanted to play with the “big boys” , moderation and principle had no place in Harper’s Canada.

Increasing the defense budget from $15 to $23 billion, placing Canadian soldiers in active combat in Afghanistan and the Middle East, losing Canada’s seat on the United Nations Security Council (over his stance on Israel), beating his chest like a war mongering imbecile – Harper managed in a few short years to erode the very meaning of Canadian.

Stephen Harper prefaced his plans with..

“Violent jihadism is not just a danger somewhere else,”

“It seeks to harm us here in Canada — in our cities and in our neighborhoods, through horrific acts, like deliberately driving a car at a defenseless man or shooting a soldier in the back as he stands on guard at a War Memorial.”

Canadians, he said, “are targeted by these terrorists for no other reason than that we are Canadians. They want to harm us because they hate our society and the values it represents.”

Violent jihadism “is not a human right,” Harper stressed. “It is an act of war, and our government’s new legislation fully understands that difference.”

What this Canadian understands Mr. Harper is your role in making Canada a target. Before you, Canada stood for something, Canadians don’t want your brand of macho foolery – we want our Canada back.

Today arrived with seasonal grumpiness – an unconscious, yet predictable mid winter moment when pining for Northern Lights took hold. They always find me – Auroras are like that. Caught in their spell – never letting go, knowing precisely what I need. I’ll let my family believe a trip to Saskatchewan is for them – Aurora knows better.

Correct me if I’m overly annoyed……

Every day I wait for the train, stare at this sign and shudder. Who approved the abysmal grammar? Am I the only one who’s noticed, does anyone care? Did TransLink employees or  contracted ad agency decide “bring it off” obviously followed “bring it on”? Do these nincompoops order “bring out” for dinner?

Come on people. We bring things with us, take things away. We bring appetites to the dinner table, take our dishes to the kitchen. We take the garbage out, bring the bins in. This isn’t difficult. Slow down, ponder a moment – it’s glaringly obvious.

TransLink,  a mega corporation responsible for transportation services in British Columbia, has no excuse for sloppy grammar. Thanks to TransLink, I board that train grumpy, embarrassed and unlikely to “bring”  anything off.

Vancouver fog obliterated any hope of catching a glimpse of asteroid 2004 BL86. No worries, NASA had me covered. Radar images from NASA’s Deep Space Network antenna at Goldstone, California revealed BL86 has its own moon. Yep, its very own little moon about 70 meters across. Oh man, I’m grinning like a fool. Check out the earthsky link below NASA’s video clip… 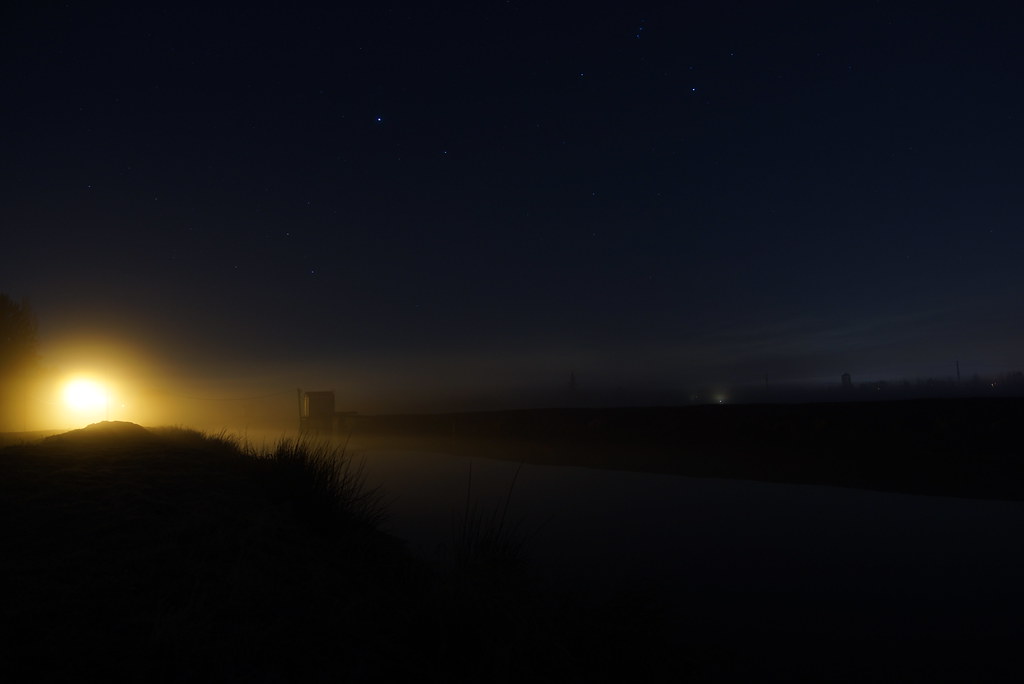 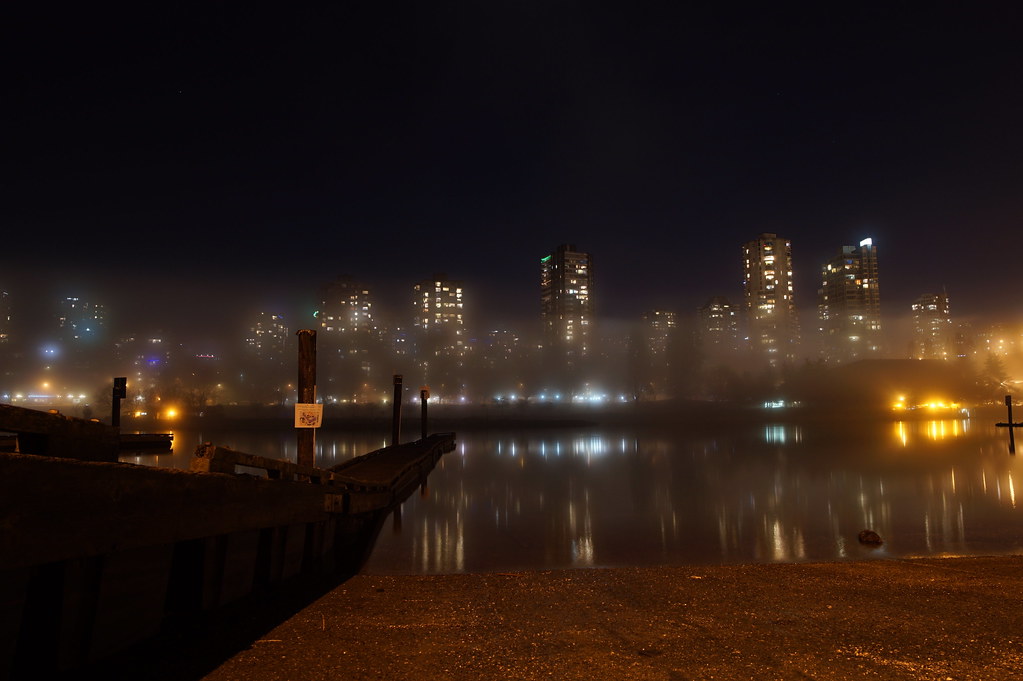 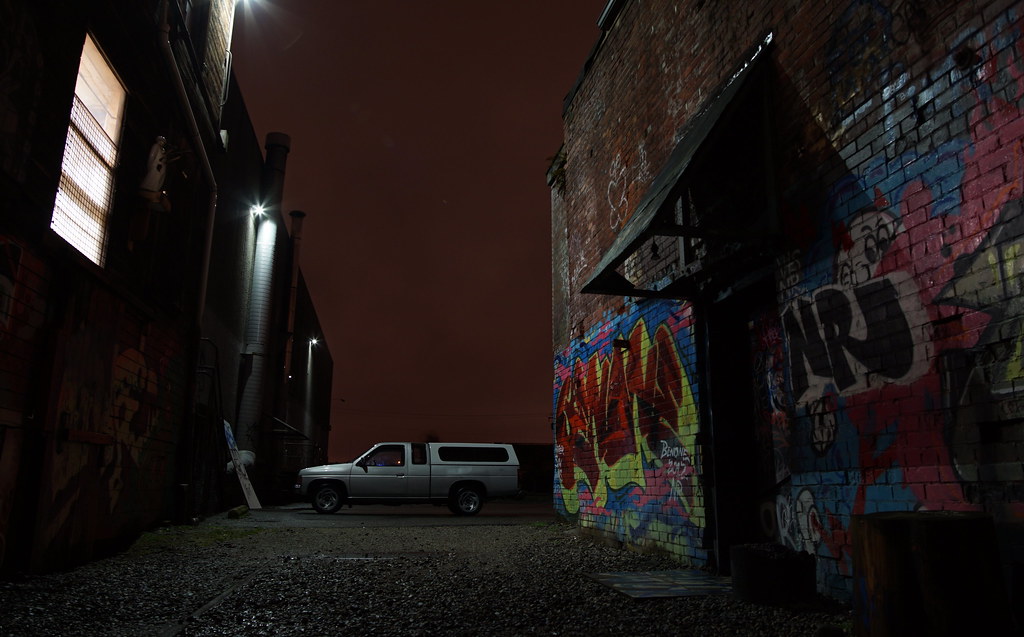 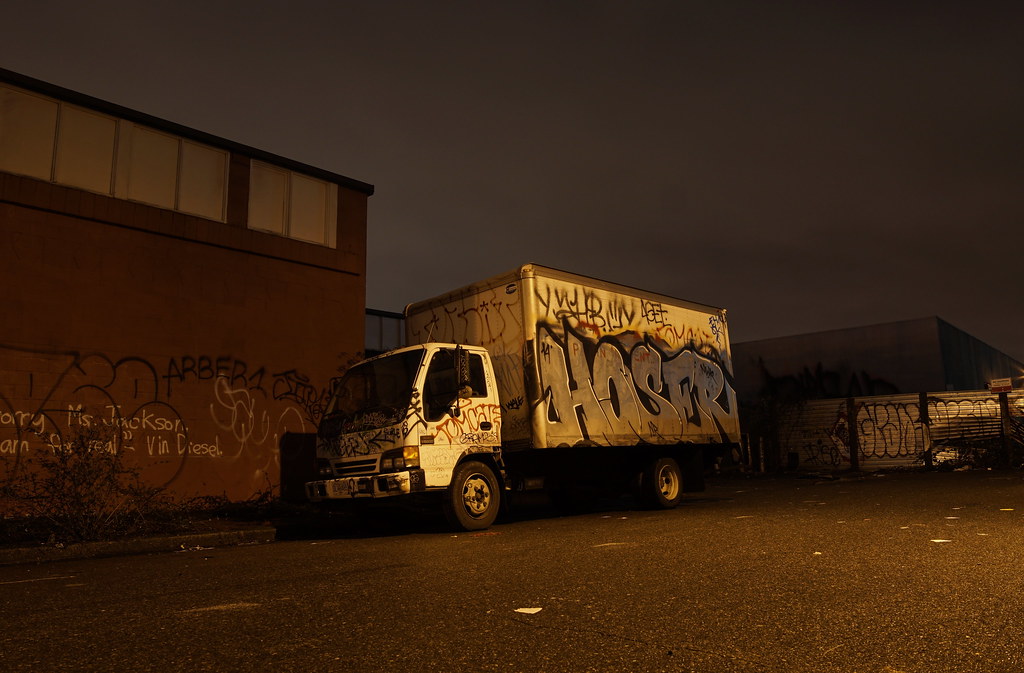 Why do we associate “smells” with rainfall? The answer is Petrichor. Take a minute and a half to watch this video from MIT. My personal rain/scent association sweet spot is sagebrush after a summer cloud-burst.

Visionary Swedes abolished CFCs before science discovered the Antarctic ozone hole – ponder decisive environmental action based solely on reputable concern. Spared decades of irreparable damage at the hands of anti-ozone propaganda machines – Sweden stepped up in the interest of us all. America followed in October of 1978.  On January 1, 1989 the Montreal Protocol took effect. Officially the “Montreal Protocol on Substances That Deplete the Ozone Layer” – a global treaty signed by almost every nation, effectively abolished use of CFCs.

Did it work? The answer is a cautious slowly but surely. Since the mid 90s, Antarctic ozone holes have “stabilized” – that in itself an environmental victory. Optimistic science predicts recovery by 2050-2070.

This is where I get worked up – switching from CFCs to other propellents or pump action dispensers might have been mildly inconvenient, yet hardly broke the bank or put vast numbers of corporate interests in financial jeopardy.  The world played nice, behaving responsibly because alternatives didn’t bankrupt the bottom line. We took science at its word – our ozone was in danger, anything less than responsible action became out of the question.

Harmful carbon dioxide levels are an entirely different matter. Look no further than the failed Kyoto Accord – a global treaty to reduce greenhouse gas emissions, systematically dropped by worst offending powerhouse nations. China and the U.S. – awarded dubious distinction of first and second worst offenders, with 27% and 14% of global greenhouse gas production, can’t even be bothered to go through the motions. Neither country participates in 2001 talks to adopt the protocol. A statement released by America’s Environmental Protection Agency states, “the Bush administration has no interest in implementing the Kyoto Protocol”.

Protecting ozone passed with nary a whimper – everyone’s on board when environmental salvation doesn’t rattle big business, irrefutable science was good enough for ozone.  Dare  apply logic to greenhouse gas and climate change – suddenly science is ruled by nincompoops.

Ponder climate change denial – ask yourself who stands to lose, and who spends exorbitant amounts of money on denying the obvious.

This week, an international team of astrophysicists published their hypothesis in the Annuals of Physics – our Milky Way galaxy might be a wormhole. In a nutshell, a tunnel of space and time able to transport us to unimaginable corners of the cosmos. By factoring “dark matter” into the “bulk” of our cosmic backyard, the Milky Way appears dense enough to support a wormhole at its heart.

By combining theories of relativity with a complex “map” of dark matter in the galaxy, (admittedly their own map) – they determined we all need to smarten up and consider dark matter possibilities.

“Dark matter may be ‘another dimension,’ perhaps even a major galactic transport system. In any case, we really need to start asking ourselves what it is.”

Paolo Salucci, astrophysicist of the International School for Advanced Studies (SISSA) of Trieste and a dark matter expert, explained:

If we combine the map of the dark matter in the Milky Way with the most recent Big Bang model to explain the universe and we hypothesize the existence of space-time tunnels, what we get is that our galaxy could really contain one of these tunnels, and that the tunnel could even be the size of the galaxy itself.

But there’s more. We could even travel through this tunnel, since, based on our calculations, it could be navigable. Just like the one we’ve all seen in the recent film ‘Interstellar.’

Although space-time tunnels (or wormholes or Einstein-Rosen bridges) have only recently gained great popularity among the public thanks to Christopher Nolan’s sci-fi film, they have been the focus of astrophysicists’ attention for many years. Salucci joked:

What we tried to do in our study was to solve the very equation that the astrophysicist ‘Murph’ was working on. Clearly we did it long before the film came out.

It is, in fact, an extremely interesting problem for dark matter studies.

Obviously we’re not claiming that our galaxy is definitely a wormhole, but simply that, according to theoretical models, this hypothesis is a possibility.

Get out your binoculars – the evening of January 26/27 arrives with asteroid 2004 BL86.  A measly 3 LD (three times the distance from Earth to the Moon), and walloping 650-950 meters across – 2004 BL86 will safely pass, no cause for alarm, and barely noticed. Not to be seen  again for 200 years – at the very least gaze skyward, and thank the cosmos for another near miss.

Oxfam International added an exclamation symbol to simmering suspicion – predicting by 2016, “one percent” will control over half global wealth. As of today, the richest 1% control 48% of all wealth. More sobering – the top 80 possess 1.9 trillion, equal to everything shared by 3.5 billion people on the wrong end of the scale. Thirty five of those 80 are American, followed by Germany and Russia with 7 each. Seventy are men, 11 of them inherited their fortune. Their bursting coffers, almost exclusively sustained by finance, health care, insurance, technology and resources.

This week Switzerland hosts the World Economic Forum – 2,500 elite economic players gather to discuss global economy and trends. What exactly is a world economic forum? Their website says “committed to improving the state of the world”. Founder and executive director Klaus Schwab spoke to the Associated Press on the eve of formal proceedings. Schwab said – international teamwork was needed to generate economic growth and combat terrorism. He expressed concern that falling oil prices and deflation could put companies out of business.

Pardon me for pondering the World Economic Forum as absurd. Attempting to shellac a gathering of global economic players under the guise of “committed to improving the state of the world”, is laughable. Trotting out celebrity panelists – transparent attempts to dupe us into believing the 1% give a damn – strikes me as painfully inept and juvenile. Look no further than the link below – 25 American corporations who spent more on lobbies than they paid in taxes.

Anyone naive enough to think the one percent gives a rat’s ass about making the world a better place, needs their head examined. Oxfam plans to be in Davos – urging world leaders to improve public services, introduce living wages, end gender gaps and come down hard on tax-dodging corporations. Oxfam doesn’t stand a chance.