Take cropleek and garlic, of both equal quantities, pound them well together… take wine and bullocks gall, mix with the leek… let it stand nine days in the brass vessel…

On their own, onions, garlic red wine and cow bile amount to a hill of beans against antibiotic resistant bacteria. Combine them in precise quantities, ferment for 9 days in a brass pot – you have a thousand year old potion killing over 90% of MRSA bacteria in infected mice.

Given resources and a little time, modern applications of an ancient bacterial remedy seem poised to tackle dreaded “super-bugs”. Remarkable as that might be, consider 10th century men of science. Ponder their path along trial and error’s treacherous slopes. Before concepts of bacteria, let alone antibiotics. In a time of sin, divine retribution and blood letting – folklore, not science cured affliction. In all honesty – that alone blows my mind.

Thinking about my sister, pondering family and longing for a much overdue visit.

Trouble doesn’t necessarily mean “trouble”, it can mean sit down and enjoy the ride, hold onto your hat because the wind is picking up, or holy crap – this is unexpected. Trouble can mean the start of a very good day; a bat shit crazy day of wild abandon – troublesome only for those who reluctantly find themselves in a ring side seat.

I knew it was trouble when I booked a flight to visit my sister in a few weeks. It isn’t that I’m trouble or she’s trouble; the truth is – we’re trouble. We don’t mean to raise our families eyebrows or make too much noise at 3 AM – we just do, we can’t help ourselves. We are polite middle aged women who inexplicably turn into giggling morons if left alone too long. We dance, call bullshit on each other and collapse on the floor in fits…

In 2011, Canadian artist Franke James from Victoria B.C. received a $5000 Federal Arts Grant. She intended to take her work on a European art tour in partnership with Nektarina, a Croatia based environmental NGO. Her show, aimed at inspiring people to reduce their carbon footprint was quickly deemed UN-Canadian. Two days later, a letter from the senior director of the Foreign Affairs Dept. Climate Change Division revoked her funding as something that would “run counter to Canadian interests”.

So what business has the Foreign Affairs office with Canadian Art Grants? Franke James asked the same question, one that led to four years of bat shit bureaucratic red tape, the possession of over 2000 government emails obtained through freedom of information legislation, and an award winning book – Banned on The Hill (winner of the 2014 Independent Book Publishers Gold Award for Best Regional Non-Fiction)

So what could possibly lurk in 2000 internal government documents? Astoundingly, you first have to dissect original disclosure from eventual disclosures. Initially, “multiple phrases in the original documents were exempted from disclosure under the Access to Information Act. The government claimed making them public would, as stated in the law, be “injurious” to international relations and would violate the confidentiality of unidentified third parties who supplied government with information”.

Tireless complaints to Office of the Information Commissioner, Depts. of Foreign Affairs, and Trade and Development delivered uncensored documents – verification of Stephen Harper’s conservative government stance on Canadians who dare oppose his precious tar-sands. Dozens of emails from senior officials detailing monitoring of James for her views on  oil-sands, and not “supporting Canadian interests”.

Said James: “What is surprising and so shocking (with the latest disclosures) is that they’re using high-level security clauses in order to black out stuff which is partisan and embarrassing. These guys have been abusing that (exemption) clause in my case, they’re blatantly covering up stuff.”

Pondering Franke James, Canadians have to understand, this happened in 2011 – years before Bill C-51, in a time when Canadian minds retained a shred of innocence, a glimmer of idealistic naivety that Canada stood for something remarkable. I shudder to think what might become of Canada if Stephen Harper is allowed to continue his crusade.

On Friday March 27, asteroid 2014 YB35 passes our planet at a distance of nearly four and a half million Kilometers. No small rock, YB35’s estimated girth of 750 meters or so, likely accounts for news stories and internet chatter of “NASA on high alert” and “near miss” hysteria.

As of today, 1563 such objects grace the PHA (Potentially Hazardous Asteroid) roster. A PHA is any space object orbiting within 100 LD (1 Lunar Distance being the distance between Earth and the Moon) and large enough to make it through our atmosphere. 2014 YB35 will pass at 11.6 LD.

I’ve spent the last while pondering why sporadic asteroid buzz annoys me so much. As someone who pays attention to these things, a person devoting countless hours and energy in hope others start paying attention – reality dictates most won’t give it a second thought after Friday. The 1908 Tunguska event over Siberia – 2000 square Kilometers of forest obliterated by a asteroid estimated at 50 meters across, one that vaporized without making impact. Pondering Tunguska makes me grumpy. Intermittent excitement because something is large – tweeted today, forgotten tomorrow.

In conclusion, relax – 2014 YB35 is more “just another day” than “high alert” at NASA’s office. Statistically speaking, true “high alert” days are unavoidable – no different from catastrophic earthquakes and climate changing volcanic eruptions. Maybe I’m odd, rather than fret about probability in my lifetime or that of my children, I choose to learn all I can with detached interest. Go figure.

In 1960, physicist/astronomer Freeman J. Dyson had an idea – perhaps we were going about looking for extraterrestrial life the wrong way. His paper, published in Journal Science – Search For Artificial Stellar Sources of Infrared Radiation, proposed searching for cosmic signatures of solar energy collection. Instead of waiting for faint “pings” generated by radio signals, why not search for solar system sized energy collection structures.

Dyson asked us to ponder the obvious – very little solar energy actually strikes our planet, what if we could collect that energy as a power source? Why not look for evidence of advanced cosmic civilizations based on probabilities they knew how to trap and use solar power?

A Dyson Sphere – as described on the website http://www.sentientdevelopments.com/2012/03/how-to-build-dyson-sphere-in-five.html

“It would consist of a shell of solar collectors (or habitats) around the star. With this model, all (or at least a significant amount) of the energy would hit a receiving surface where it can be used. [Dyson] speculated that such structures would be the logical consequence of the long-term survival and escalating energy needs of a technological civilization.”

This next link explains Dyson’s theory in ways I couldn’t hope to make better sense of..

Dyson would be pleased to learn science has finally taken notice. Plucked from the pages of science fiction, serious science is exploring his theory as fact.

A few years have passed since I last saw Cuba. Posting photos taken by my husband – more for myself than anyone else. 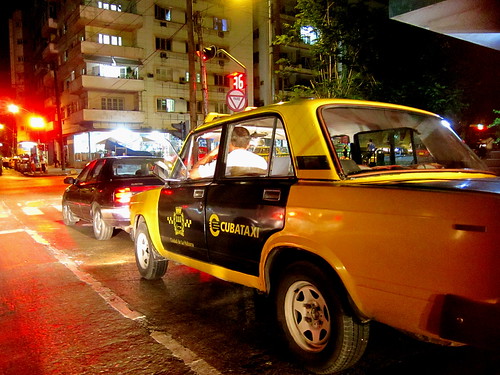 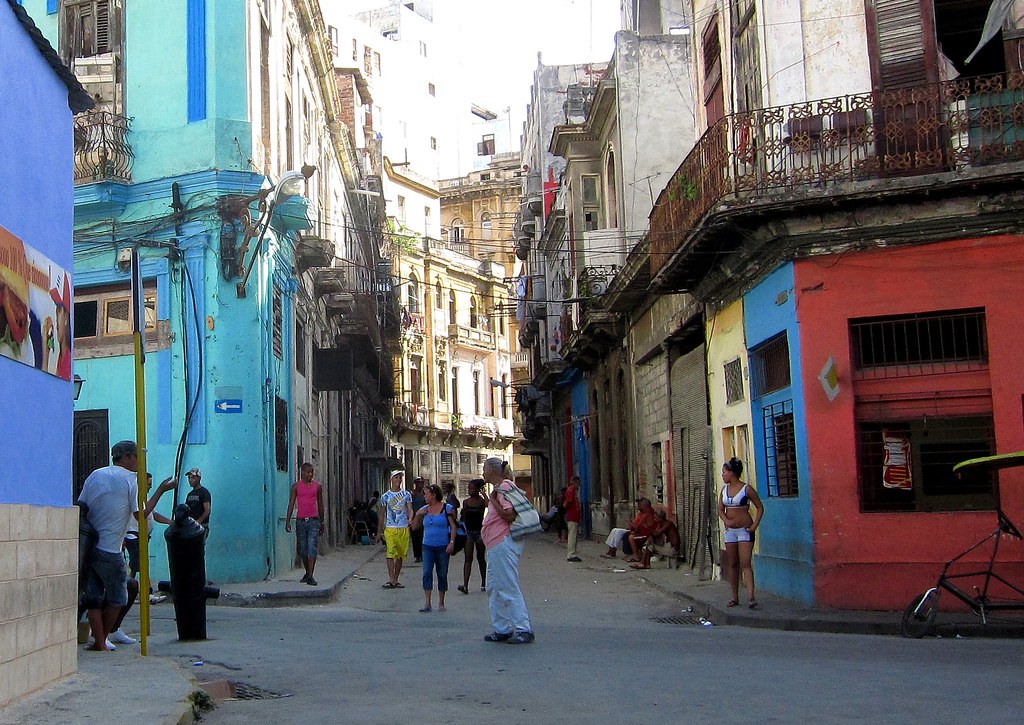 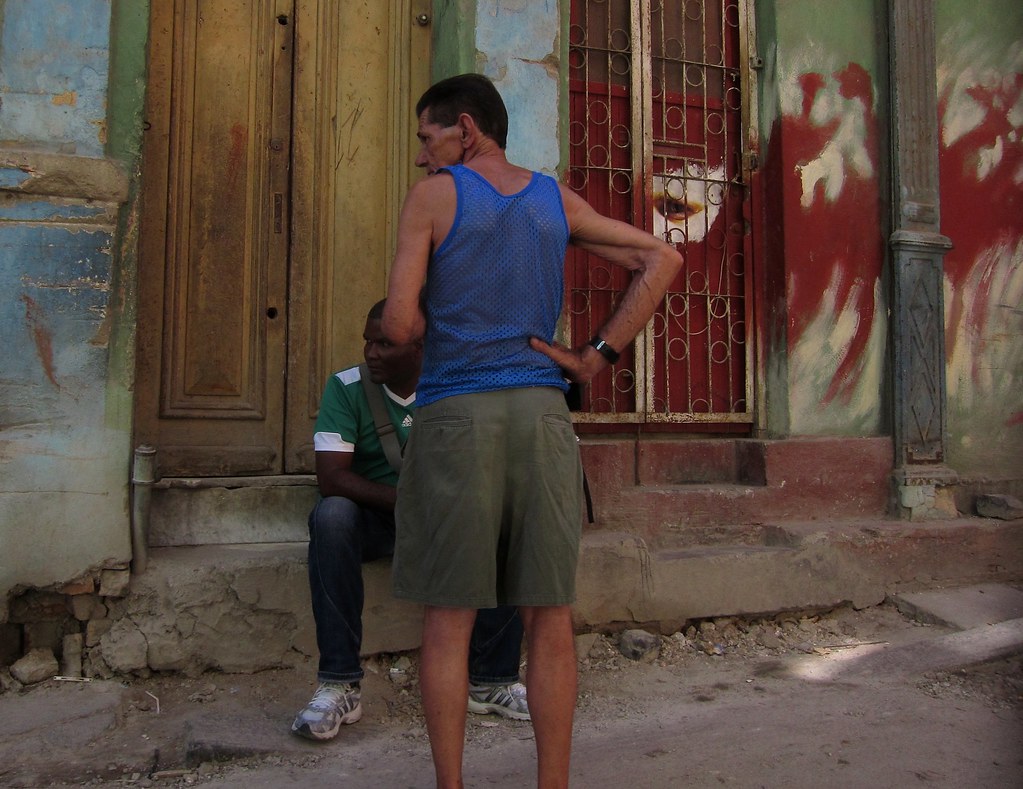 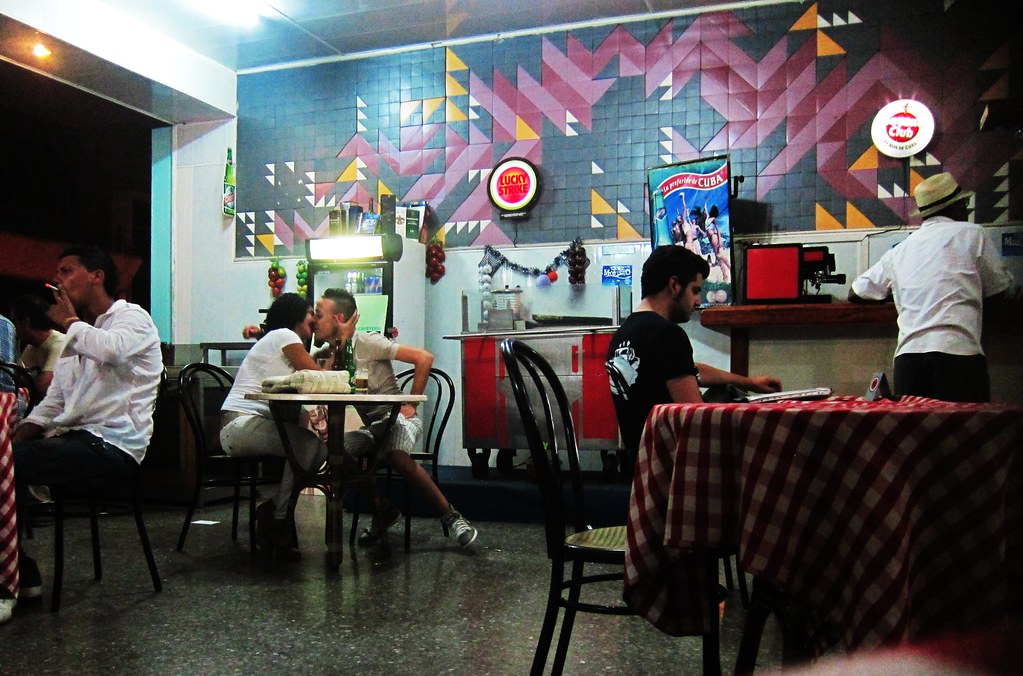 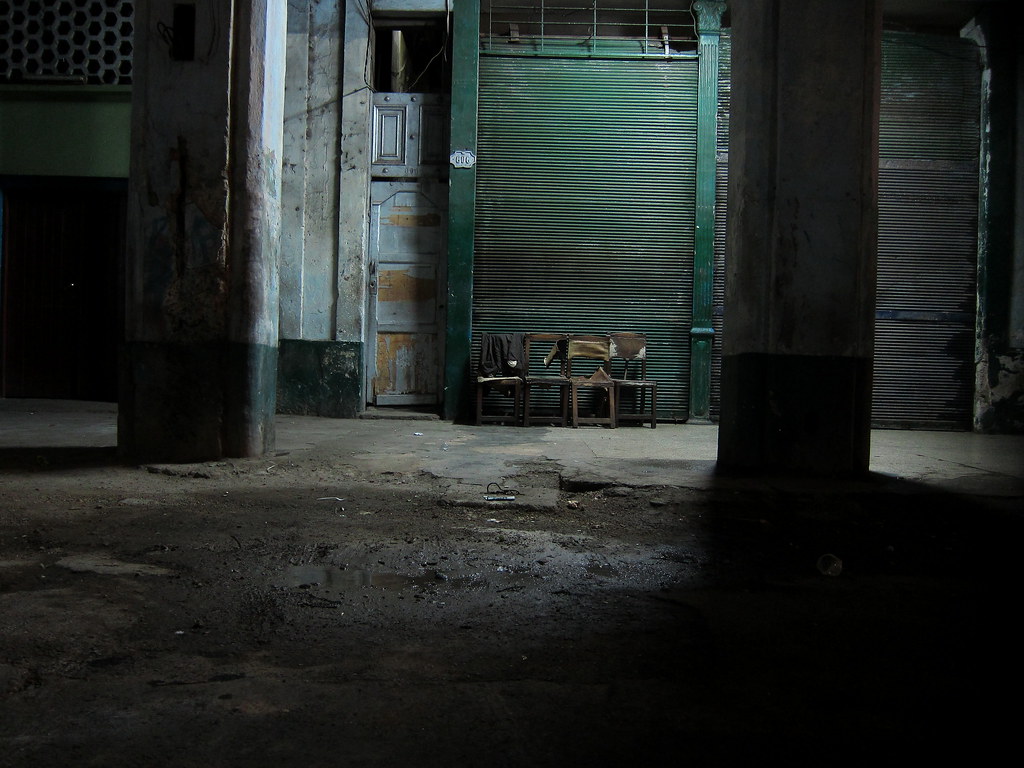 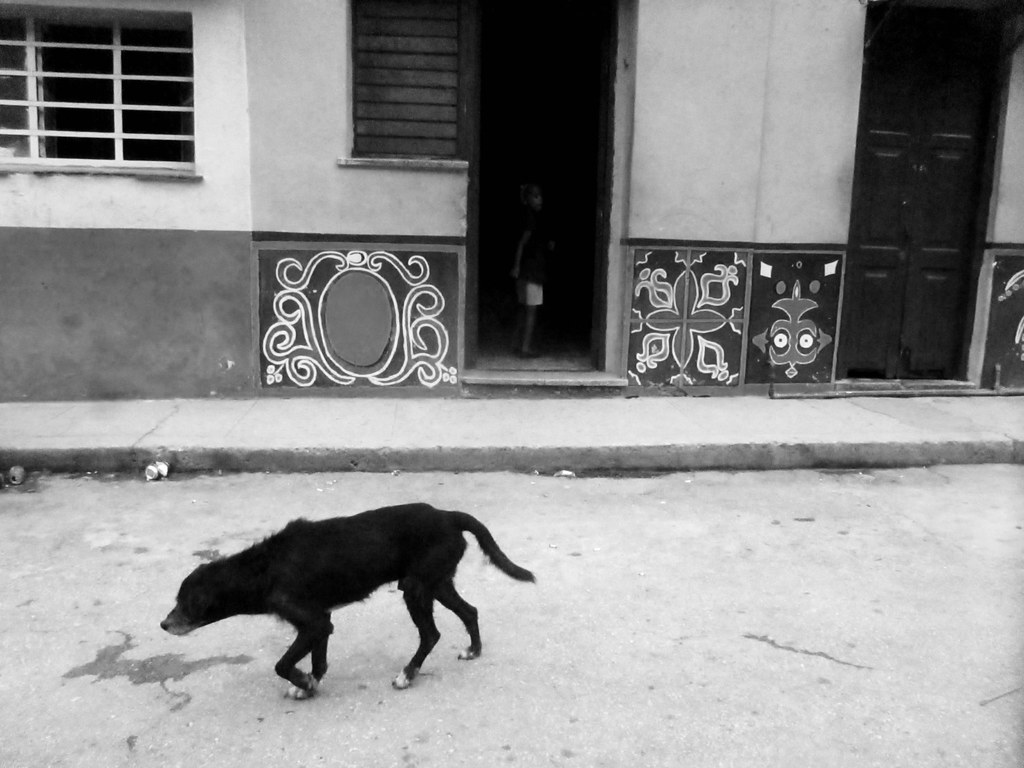 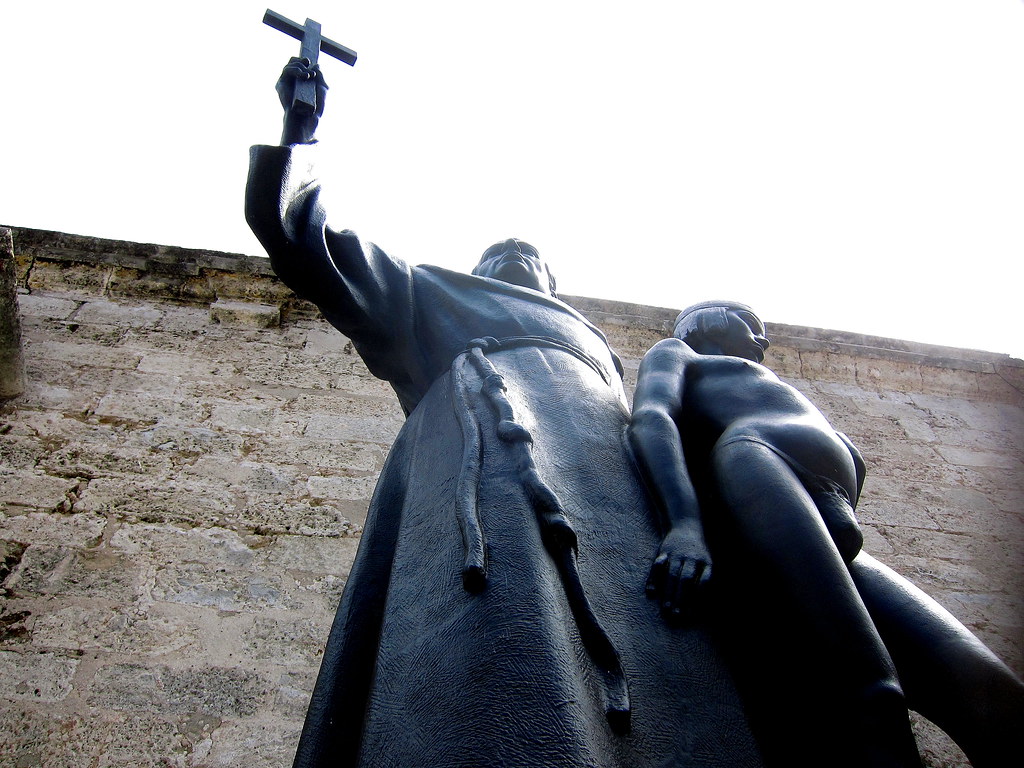 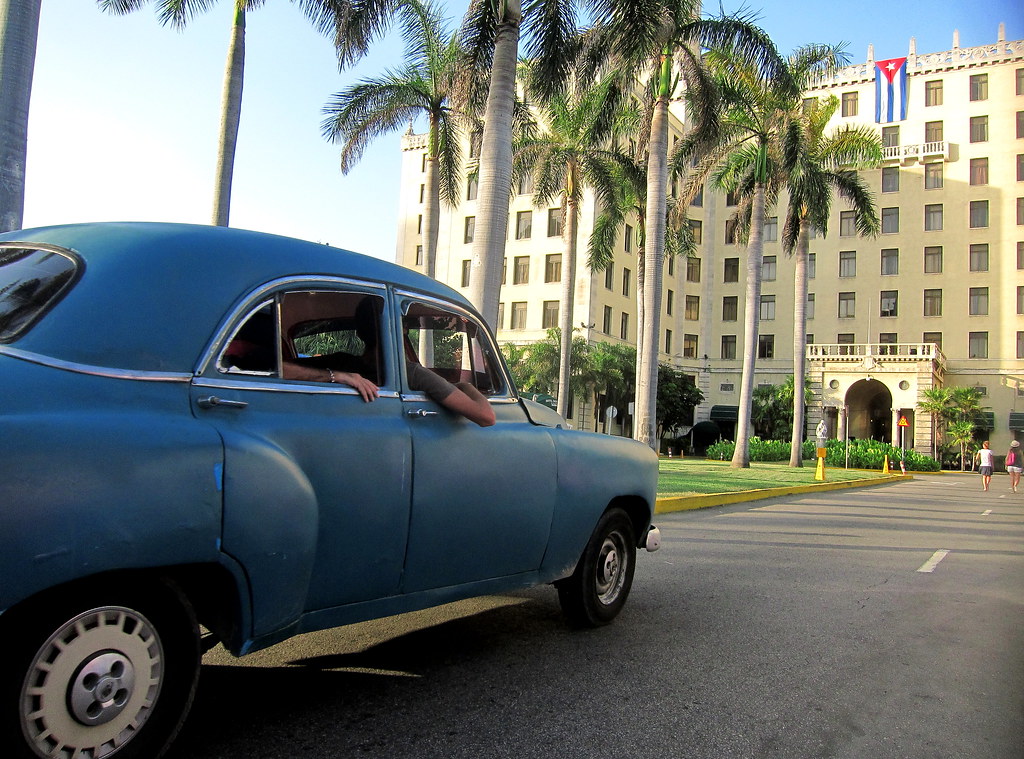 Decades in hospitality dictate my presence at countless funerals. Of an age where “funeral” defines passing of a life, modern terminology – celebration of life, does little to assure I’ll find it easier to cope with.

Today’s celebration of life began as any other. My job – facilitate an afternoon according to family wishes, anticipate variance in timelines, and extend thoughtful handling of a difficult and emotional event with understanding, flexibility and compassion. Thankfully I’m kept busy – but for necessity of service, I would fear the grip of debilitating sadness. Funerals, even of those whose lives never touched mine are difficult.

I make a point of “tuning out”, conscious detachment the only weapon against utter irrational collapse.Acutely aware of my tendency to dissolve into a heap of unflattering, misplaced blubbering idiocy – I’ve mastered the art of professional disconnect.

Today something shattered decades of veneer – our client, daughter of the deceased began to speak with tender whisper. Her words penetrated years of practiced resolve.  “I loved my father’s hands, he had beautiful hands. His hands held everything he cared for, his hands held hammers, rope, pen – and his hands held me”.

Not wanting to explain tears dripping off my chin, I bolted outside. No measure of “stop it you idiot”, squelched my reaction to celebration of a life I never knew. I recognized those hands – in my heart, these where hands of a life worth remembering.

Oh Stephen Harper, has it crossed your mind Canadians are on to you? You’ve had a good run, managing to forsake rights of first nations, women, environment and veterans with admirably callous disregard. Your vision of my Canada as “warrior nation” allowed you to dabble in sand boxes of true war mongers. Alienating the United Nations, insisting our military fly in the face of front-line conflict, strutting about like a holier than thou defender of morality – all the while, banking on polite Canadians to roll over and thank you for making Canada a “warrior nation”.

Pay attention because these next words from Nicholson are worth pondering.

Ah yes, militant threats – AKA, Stephen Harper’s wet dream. No self respecting warrior nation exists without reason – when in doubt, create a reason to ruffle militant ire. Oblivious to the essence of Canada, void of the slightest inkling as to our uniquely inclusive, compassionate or peace keeping perspectives, Stephen Harper set about making Canada unrecognizable.

Harper wasn’t content with a nation of peace keepers, his Canada needed to play with the big boys. His wish was bat shit command – push hard enough and eventually “crazy” will deliver an attack on Parliament Hill. Justification for warrior reason and Bill C-51.

C-51 epitomizes Harper’s intent to undermine the fabric of Canada. A vague re-scripting of anti-terror legislation lacking oversight, accountability and definition. A law of epic proportions, one that gives unrestricted rights to security services, legislation enacted to strip Harper’s Canada of Canadians who value our once great nation.

Nice try Mr. Harper – Canada isn’t about to roll over. Despite admirable use of tax payer’s money funding hysterical militant fear mongering – we’re Canadians who won’t tolerate nonsense for long. There’s a reason why the “Stop Harper” movement is unprecedented in Canadian history – falling support for your legislated police state demonstrates futility of thinking we back your vision of Canada.

Solar storms rank on scales much like hurricanes – minor category 1 – extreme category 5. Last night, predictions of geomagnetic energy from uppity sunspot AR2297 delivered a severe category 4 wallop to expectant sky watchers. A remarkable 8 on the KP index(scale measuring magnetic strength), this storm rates as one of the most powerful in a decade.

I’ve spent 35 years in Vancouver, only once before have Auroras graced my fair city. Storms of this magnitude often disrupt GPS, cell phones and power grids – despite an unexpected magnitude, so far this storm chooses to spare disruption in favour of pizazz.

Indications point to weakening presence, yet science has no idea when it will fizzle. NOAA gives “a strong possibility” auroras may be viewed early this morning as far south as Tennessee and Oklahoma.

If this ponder finds you awake under clear skies – find a dark corner and gaze at the sky. Aurora just might find you. You might not be able to see Auroras, you can watch this video by Canadian astro-photographer Alan Dyer, shot between February 21-18 at the Churchill Northern Studies Centre in Churchill, Manitoba.