Vancouver’s recent wind storm, a dozy responsible for 710,000 homes without power, has me pondering how lucky I was not to lose my tree.

Perhaps living in Vancouver for the better part of my life has heightened my expectations regarding “green spaces”, trees, and reluctantly – shrubbery. I’ll never forget my private belly laugh the day a guest visiting from America blurted out ” what the hell is with all this shrubbery?” This person was genuinely flabbergasted by all the carefully manicured hedges lining our city streets. We have strict laws regarding trees – none can be cut down without a permit, even if on private property. For every tree that is removed, five more must be planted. Our mild winters and early springs are perfect for blossoming varieties; a great deal of thought goes into placement of cherry, plum, magnolia, and hawthorn. The city places trees for optimum visual effect, regardless of the season. My street has everything from plum and oak to sumac.

If asked to imagine a tree, few people would…

Comfortable satisfaction over my world view imploded with the discovery of Socotra Island, Yemen. Decades of exploration, reading, education and wonder –  nary a whisper of Socotra’s existence, let alone the unfathomable landscape.

Socotra, the largest of four islands in the Indian Ocean archipelago of Socotra rests 240 Km. east of the Horn of Africa, and 380 Km. south of the Arabian Peninsula. Isolated from Africa for seven million years, a third of plant and animal species are endemic.

In 2008 UNESCO recognized Socotra as a World Natural Heritage Site.

According to Wikipedia, archaeological evidence supports human settlement before the 1st century AD. In 2008 a Russian expedition claims to have found stone tools used by early hominids. 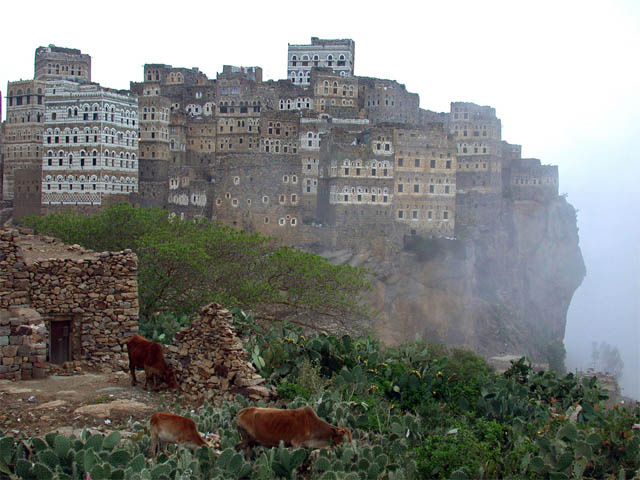 Not sure how I missed Socotra, but know this is a place I have to see for myself.