Last night Canada remembered what it meant to be Canadian. Ours isn’t a nation of hysterical fear. Slick manipulation of truth can’t sway us. Average citizens can change the world – we proved financial might doesn’t make right. Canada demolished conservative values, we recognized those values for what they were – self serving, hypocritical poppycock. 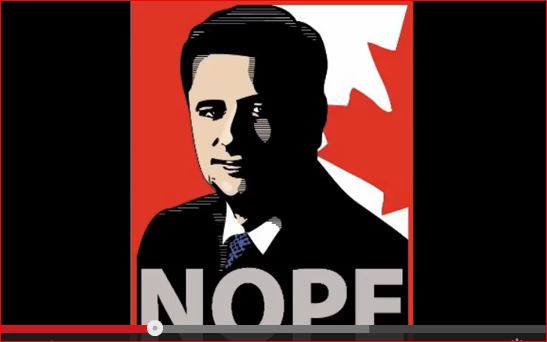 “We are not enemies, but friends. We must not be enemies. Though passion may have strained, it must not break our bonds of affection. The mystic chords of memory will swell when again touched, as surely they will be, by the better angels of our nature.”

“You can appeal to the better angels of our nature and you can win while doing that.”

“We beat fear with hope. We beat cynicism with hard work. We beat negative politics,” Trudeau told the cheering crowd. “In Canada, better is always possible.”

As an aside – Dickens, simply because it’s worth pondering –

“The thoughts of worldly men are for ever regulated by a moral law of gravitation, which, like the physical one, holds them down to earth. The bright glory of day, and the silent wonders of a starlit night, appeal to their minds in vain. There are no signs in the sun, or in the moon, or in the stars, for their reading. They are like some wise men, who, learning to know each planet by its Latin name, have quite forgotten such small heavenly constellations as Charity, Forbearance, Universal Love, and Mercy, although they shine by night and day so brightly that the blind may see them; and who, looking upward at the spangled sky, see nothing there but the reflection of their own great wisdom and book-learning…

“It is curious to imagine these people of the world, busy in thought, turning their eyes towards the countless spheres that shine above us, and making them reflect the only images their minds contain…So do the shadows of our own desires stand between us and our better angels, and thus their brightness is eclipsed. (italics added)

7 thoughts on “Better Angels of Our Nature”