I can’t decide which of these photographs is better – both taken in Vancouver last week by my husband. 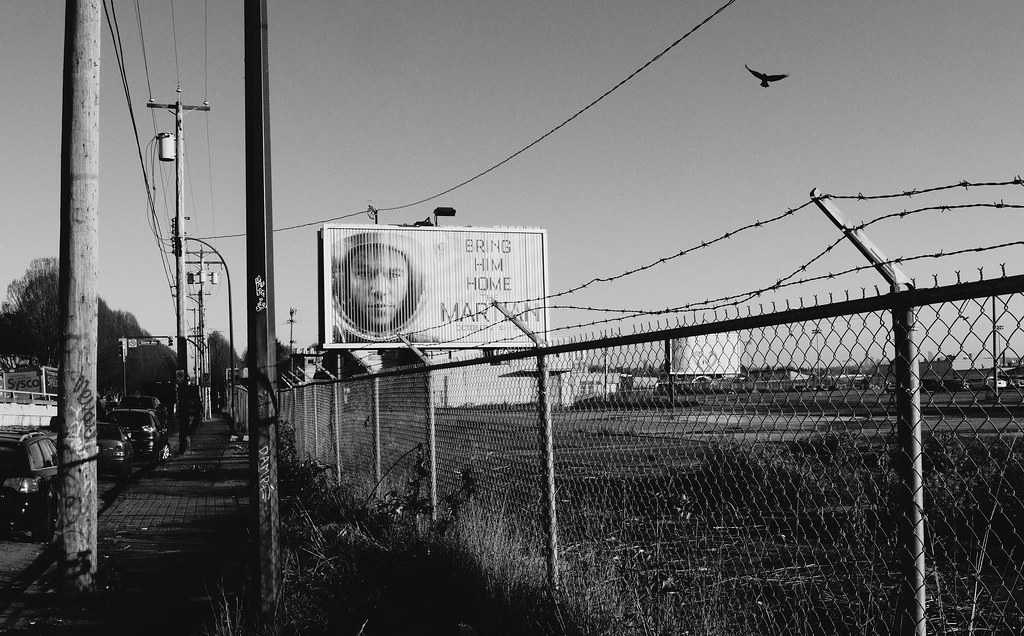 Working at full throttle, demands of the Christmas season on my profession leave little time for pondering. As such, a reblog of Dear Erin.

We only crossed paths for a short while, always at work, and only for the blink of an eye. You were there one day, gone the next. Inquiries as to your where-a-bouts met vague explanations; dealing with health issues, needing some personal time, taking care of family matters. Not my place to press the issue – I backed off,  yet you never left my mind.

I doubt you understand how gracious and beautiful you are. I say this because even though I know nothing about your life, I was able to read your eyes like an open book. I had those same eyes many years ago; eyes that gave away any attempt to feel “normal”, eyes pleading for something they couldn’t define. I instantly recognized your pain, your stoic attempt to pretend life was under control.

I don’t know why you’re so sad, but know you where damaged…

Excessive contemplation works in mysterious ways, I didn’t wake up pondering gravitational time dilation. Placing blame squarely on GPS strikes me as a reasonable explanation. I brought it on myself – putting a monotone tyrant in charge before first coffee rubbed sleep from my eyes, obviously explains an inexplicable need to understand Einstein’s theory of relativity. With each directive – turn left, right, merge – absolute faith in GPS freed my mind to concentrate on time and space.

We think of GPS as an absolute tool, one linking position of our device with that of some imagined all seeing eye. Few of us realize GPS constantly recalculates and adjusts readings based on Einstein’s theory of special relativity. If left unchecked, navigational errors of 10 km per day would quickly topple getting from point A to B.

Einstein’s theory of relativity describes the effect of gravity on space and time. Time is relative to mass and proximity of gravitational pull – speeding up as it moves further away. Time passes at different rates according to gravitational potential. Space-time depends on proximity to forces of gravity.

GPS satellites orbit 20,000 Km above, with gravitational forces four times weaker than Earth. Science proves Einstein knew what he was talking about – satellite clocks tick 38 microseconds faster a day than clocks on our planet. I urge you to read the link below. It explains gravitational time dilution – I’m still digesting my first dip in the relativity pond.

One of mankind’s greatest strengths, the ability to control and transform our surroundings, is our greatest weakness. Invention, ingenuity and perceived dominance over the natural order, lead to greed and arrogance.Residing comfortably at the top of the food chain, bloated egos feed on a sense of entitlement. Unstoppable appetites for more money, land, or progress are blind to warnings of collapse.

The Anasazi people of ancient America’s south west believed civilization unstoppable. Rising from the floor of Chaco Canyon, this ancient New Mexico metropolis stood as the jewel of North America. A spiritual and cultural centre, surrounded by remarkably engineered roads leading to a magnificent city; elaborate irrigation systems, dwellings rising 5 or 6 stories  along the canyon walls. Exceptional astronomers, farmers and engineers, the Anasazi were masters of their domain. From around 800 AD until 1150 AD they could do no wrong. None saw the extended drought or imagined…

Every so often something capable of shattering polite resolve comes my way. Try as I might, no measure of restraint equals the sentiment of scraping my brain off the wall. A painting in Ben Carson’s home detonated a splatter so explosive, its doubtful I’ll ever retrieve all pieces of blown mind.

I call the painting “bathrobe buddies”. I’m told the boys aren’t in bathrobes – Carson is shrouded in his Doctor’s coat, Jesus in resurrection robe – sorry, it looks like bathrobes to me.

The first public glimpse came in 2009 when Carson invited Baltimore Magazine into his Maryland mansion. The image below was taken in November 2014 by photographer Mark Makela – a tour of Carson’s eight bedroom, twelve bathroom home revealed columns decorated with gold leaf, and walls adorned with images of Carson.

Carson, a Seventh Day Adventist told Baltimore Magazine “I don’t have to be politically correct here”. He claims the great pyramids were built by the biblical prophet Joseph to store grain collected in “the seven years of plenty”. Great link below –

Whatever Ben Carson believes, however politically incorrect his home and notions may be, no matter how intently he waits for end times or conducts his life – the man is free to do so. The slope doesn’t become slippery until pondering Carson the Republican presidential candidate.

Carson’s Jesus painting hangs near a biblical quote inscribed on the wall.

“By Humanity and The Fear of The Lord Are Riches, Honor and Life”

In 1895 Lord Overtoun constructed an arch bridge over a stream on his estate. The bridge towers 50 feet above the Overtoun Burn in Milton, near Dumbarton Scotland.

In the 1950s reports surfaced of dogs jumping to their death from Overtoun Bridge. The phenomenon has become a regular occurrence, with strikingly similar details. Actual numbers of doggie suicides vary from 50-600, what remains constant are circumstances of those deaths. Canine suicide is exclusive to long nosed breeds such as Labs, Collies and Retrievers. All dogs jump from the same spot – approaching Overtoun Estate on the right hand side of the bridge, between the last two parapets, and only on sunny days.

A few outstanding black and white images of Vancouver – 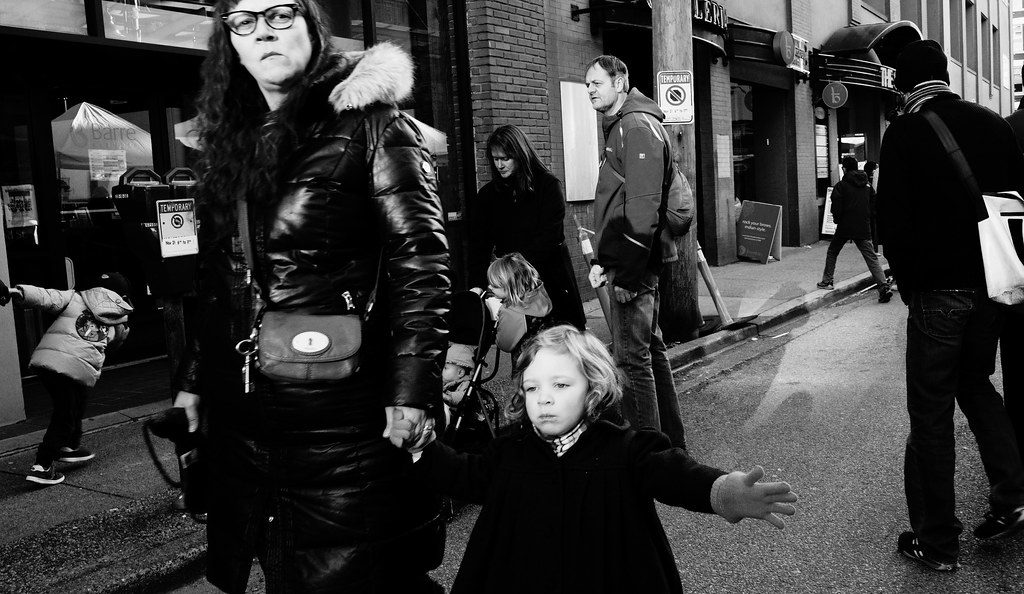 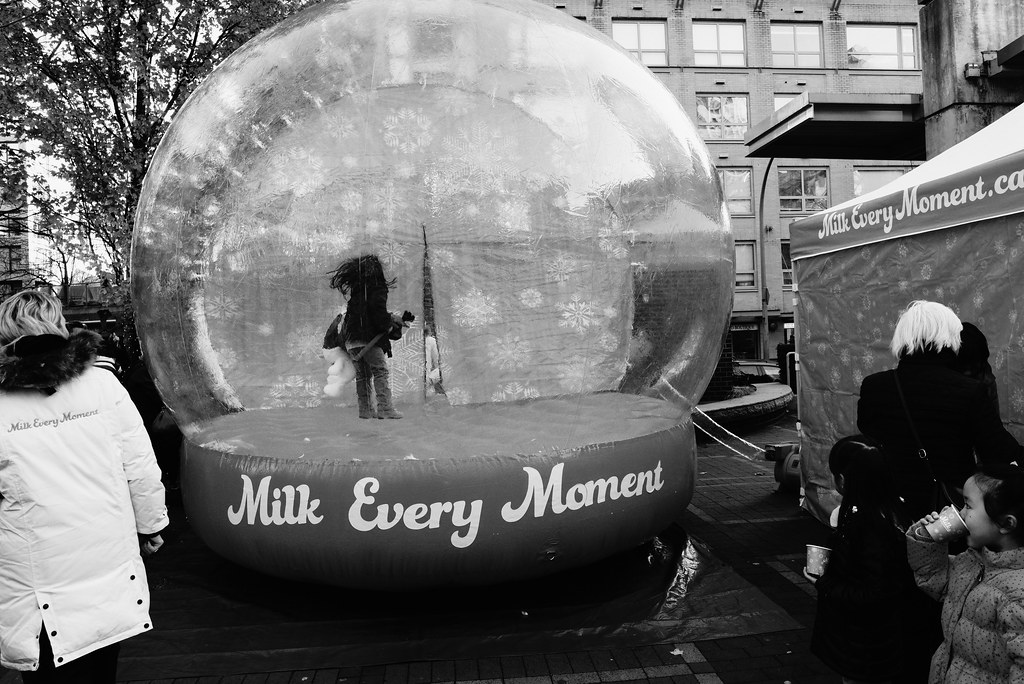 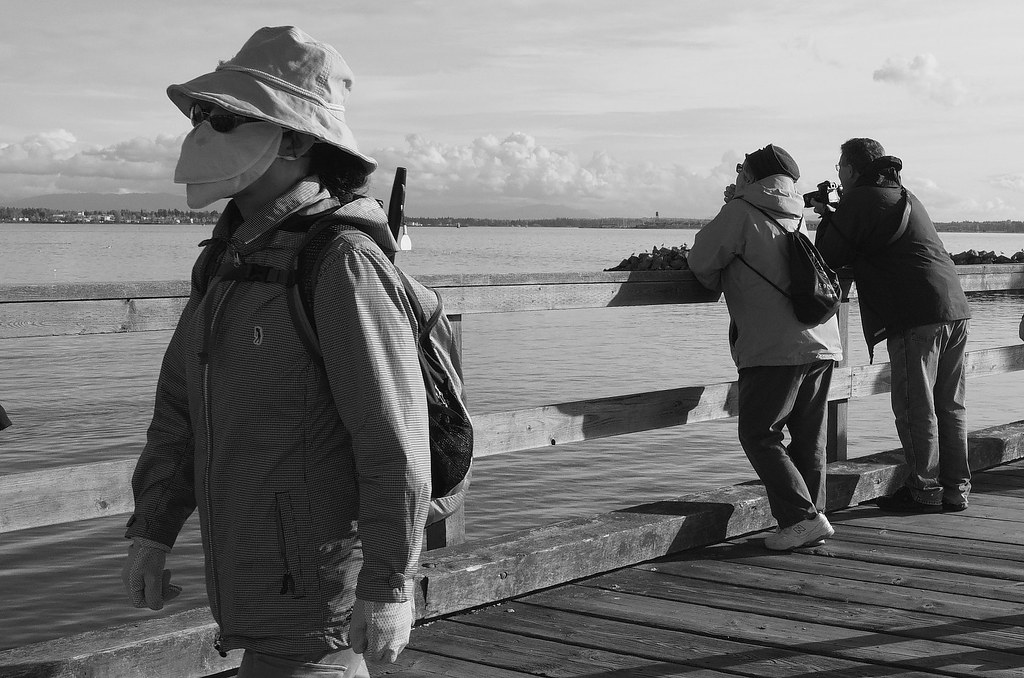 All photographs taken in the last few weeks by my husband –

The International Space Station is the third brightest object in the sky. Moving at 8 km/second,  ISS completes one orbit every 92 minutes. How fast is 8 km/second? Fire a rifle bullet at one end of a football field, ISS would be gone before that bullet reached 30 meters. Quick as ISS is, it can be seen much like a fast moving airplane, provided we know when to look up.

NASA takes all the guess work out of ISS identification with their Spot the Station app. Click on the link below, enter your location and view time, direction, angle and duration of ISS sightings for the next week. True or aspiring space geeks can sign up for text or email alerts. I have no prizes, just kudos and admiration for those who “spot the station” with their very own eyes.

Would it surprise you to learn the son of a Syrian refugee is one of the most influential people in America? 1949 saw Syrian army officer Adib al-Shishakhli overthrow the government – a 3rd coup in that year alone. 1952, al-Shishakhli dissolves all political parties. Two years later a coup led by army officers ousted al-Shishakhli, returning Syria to a shaky state of civilian government power.

In 1954 Abdulfattah Jandali came to America as a Syrian political refugee. He worked as a taxi driver, and fell in love with an American woman who became pregnant. Her conservative parents forced the couple to part ways, giving the baby up for adoption. His adoptive parents named him Steven – the world knows him as Steve Jobs.

Abdulfattah Jandali looked to America for a better life. America, a nation of immigrants and refugees, a country built on hopes and dreams of countless people seeking freedom. The same nation capable of turning backs on the  faces of these Syrian refugees, because all fear allows them to see is terrorists.

Post 1,002 finds me pondering a near Earth asteroid. Not one of the 1,634 potentially hazardous objects currently identified and monitored by science – my thoughts are with 2015 VY105. Less than a day after discovery on November 14, VY105 passed over the Pacific Ocean at a distance of 34,000 Km. Trust me – that’s close.

Undetected until a few hours before passing, closer than many Earth orbiting satellites, traveling at an estimated speed of 62,000 km/h, we were never in danger. At 3 – 9 meters, VY105 wasn’t big enough to cause trouble. Even if it spanked our atmosphere, an asteroid that size would disintegrate before impact. Witnesses to a hypothetical demise, might have been rewarded with an outstanding fireball.

In October 2008, asteroid 2008 TC3 pulled a similar stunt. 19 hours after detection TC3 entered our atmosphere over the Sudan. Estimated at 4 meters, it vaporized long before hints of calamity. Small doesn’t necessarily mean harmless – in February 2013, a fireball and explosion over Chelyabinsk in Russia’s Ural mountains, blew out windows, injuring over 1,000 people. Undetected, this meteor wasn’t named, no impact crater was found. Science believes damage from an estimated 15 meter asteroid occurred when it exploded 15-20 Km above ground. Entering the atmosphere at a shallow 20 degree angle, it blazed across the horizon at over 62,000 km/h disintegrating at low altitude with the force of 300 kilotons TNT.

The asteroid that exploded near Chelyabinsk, Russia on Feb. 15, 2013 has provided scientists new insights

Rather than criticizing astronomers over a few missed space rocks – plant seeds of collective determination to properly fund science. Cosmic science encompasses far more than raising a flag on Mars. Every satellite, probe, telescope and innovation takes us closer to solving the dilemma of rogue asteroids. VY105 managed to buzz Earth hours after making itself known – we have to do better than that.