With a diameter of 945 kilometers, the thirty third largest body in our solar system rules the asteroid belt between Mars and Jupiter. Spinning on axis in a nine hour day, rounded by its own gravity, comprised of rock and ice – a third of the asteroid belt’s mass, answers to the name Ceres.

“… when the spots inside the Occator crater are on the side illuminated by the sun they form plumes that reflect sunlight very effectively. These plumes then evaporate quickly, lose reflectivity and produce the observed changes. This effect, however, changes from night to night, giving rise to additional random patterns, on both short and longer timescales.

If this interpretation is confirmed Ceres would seem to be very different from Vesta and the other main belt asteroids. Despite being relatively isolated, it seems to be internally active.

Ceres is known to be rich in water, but it is unclear whether this is related to the bright spots. The energy source that drives this continual leakage of material from the surface is also unknown.”

A few weeks later the mercenaries arrive. Defined by guile and opportunity, legions of irreverent lunkheads infiltrate the sanctity of my home. Unruly spiders determined to bully spring with paraded exhibitionism. Unsophisticated numskulls without dignity or common sense. Wave after wave exhaust abundant spiderly tolerance. “Shoo, shoo – get off my computer”, “that’s quite enough, why are you in my drawer?”. Diligent capture and release does little to squelch the rogue spiders of spring.

Ever the optimist I made excuses for their folly, cutting slack after springtime slack. Barely a whisper of exasperation accompanied robotic rituals of catch and release. Yesterday brought tolerance to its knees – spring spiders set foot in my bed. Stupid spiders, you blew your welcome – a polite spider would stay out of my bed. Gloves off, try again next spring.

A collection of my husband’s photographs, shot in and around Vancouver over the past few days. 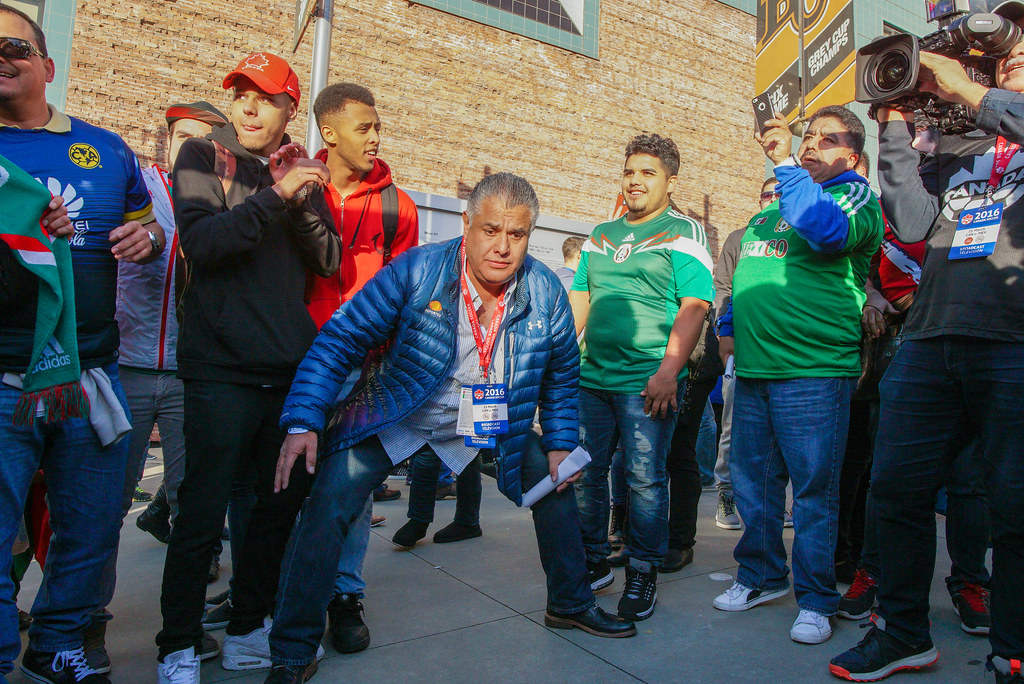 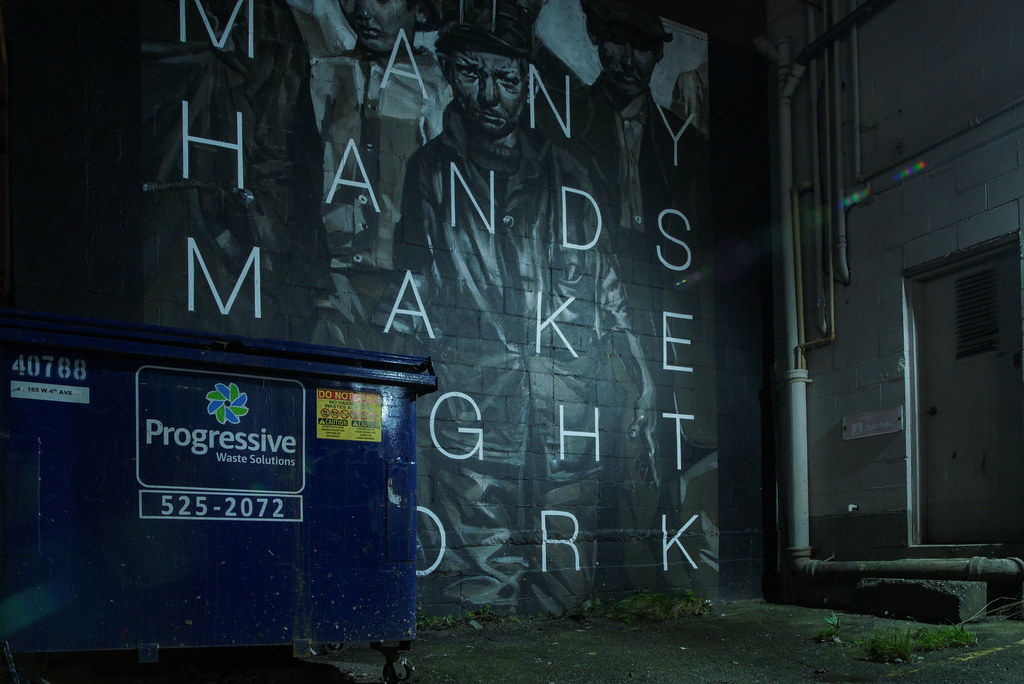 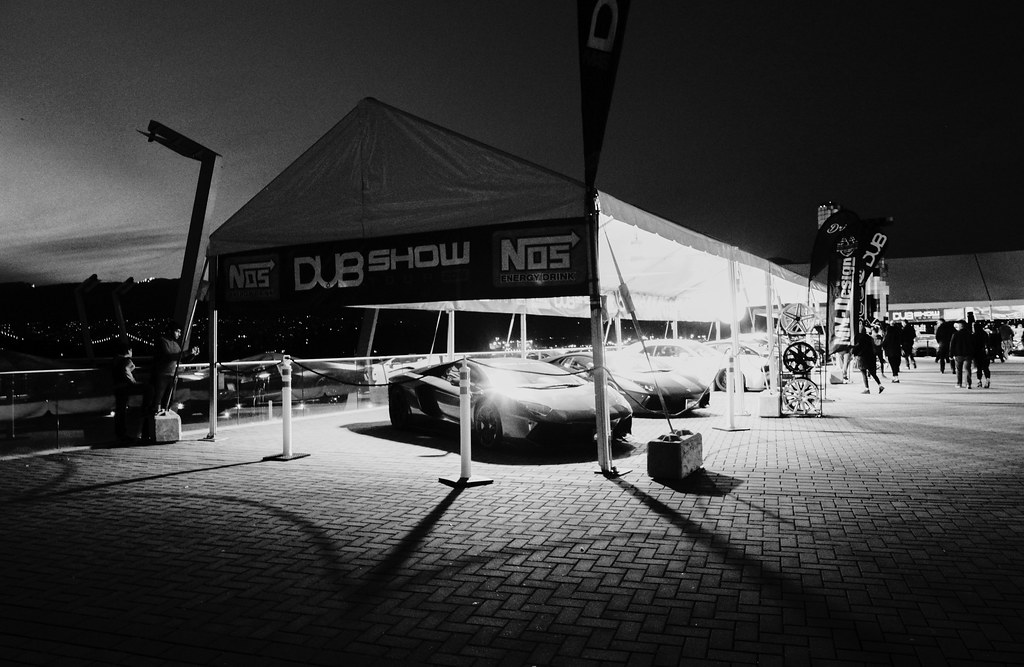 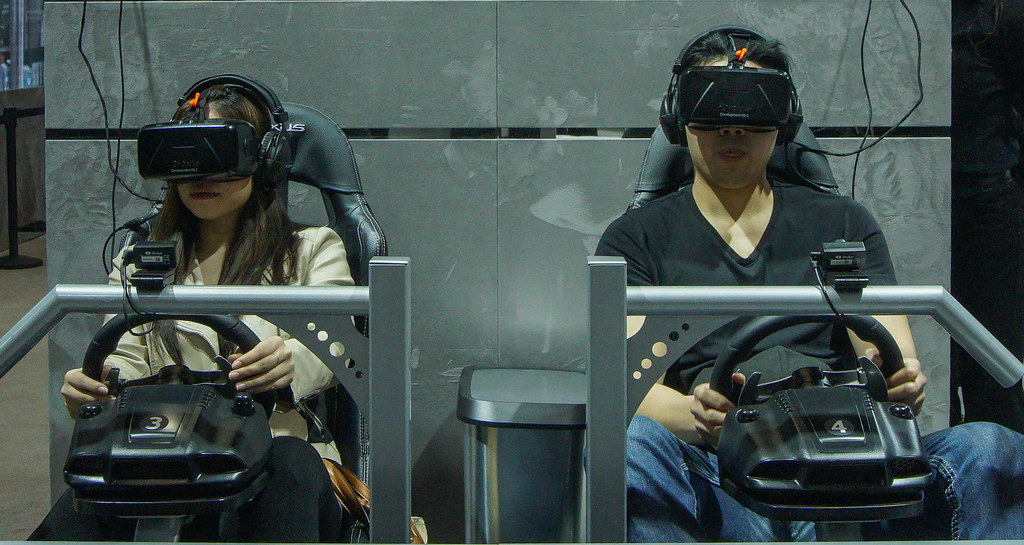 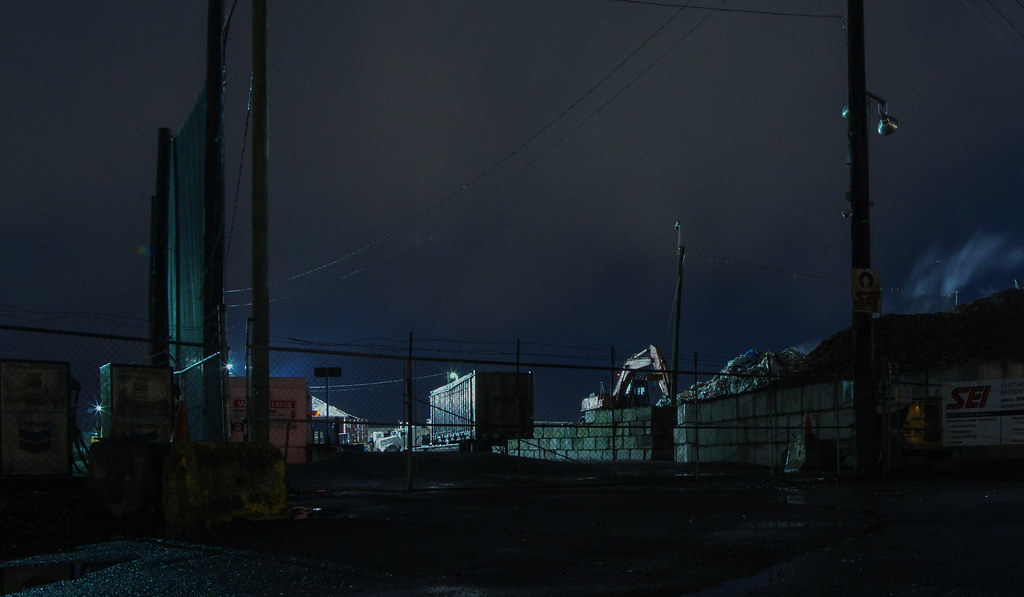 Oh to be in Havana tonight – shoulder to shoulder with over 200,000 spectators at Ciudad Deportiva de la Habana baseball stadium, witness to a free concert by the Rolling Stones.

The Stones released their first album in 1964, two years after the Cuban missile crisis, five years after the revolution in 1959. Considered diversionismo ideologico ( ideological divergence ) by a regime unwilling to tolerate influence of enemy culture, the Stones joined Elvis Presley and the Beatles, headlining an official list banning all foreign rock music. ( One notable exception – approval of John Lennon’s 1971 release, Power To The People. Lennon has a park named after him in Havana, complete with his statue ).

News of Stones in Havana didn’t find me until yesterday. first reaction dropped a jaw, followed by pining for a stolen heart. No time to ponder implications – too busy walking streets, lost in the heartbeat of Havana night, vignettes of musical expression erupting around every corner. My only thought – kick ass Havana, better late than never.

Morning arrived with bag of squirrels cacophony – Cuba deserves more than a knee jerk “kick ass, better late than never” or media fawning over “iconic” historical concerts, akin to David Bowie at the Berlin Wall in 1987, or Wham in China, 1985. No argument on iconic, without question hundreds of thousands packing a baseball stadium in Havana for a Stones concert, warrants that designation. Worrisome resides in perspective, call it media spin whirling about translation of iconic.

Regardless of opinion’s nationality or political affiliation, we mustn’t forget the Cuban people. Personal experience left indelible marks, a life altering view of tenacity, perseverance, creativity and resourcefulness. Despite oppression and civil rights violations, remember people whose fortitude fill the night with music. Music monitored by government, musicians arrested for subversive lyrics, artists who dare not stand in line for the Stones because they fear detention.

This concert straddles a full spectrum of intent, in time meaning will show itself. Until then, honour the people of Cuba. Ignore sniveling right wing quips promoting cultural arrogance and blanket assumption of robotic communist conformity. Nip the bud of tiresome debate over ulterior motives, scold yourselves for thinking a concert might erase Cuban woes. Allow the Stones to rock Havana, and let chips fall where they may.

Angular night photographs – a weekend of Vancouver area beaches from the eye of my husband. 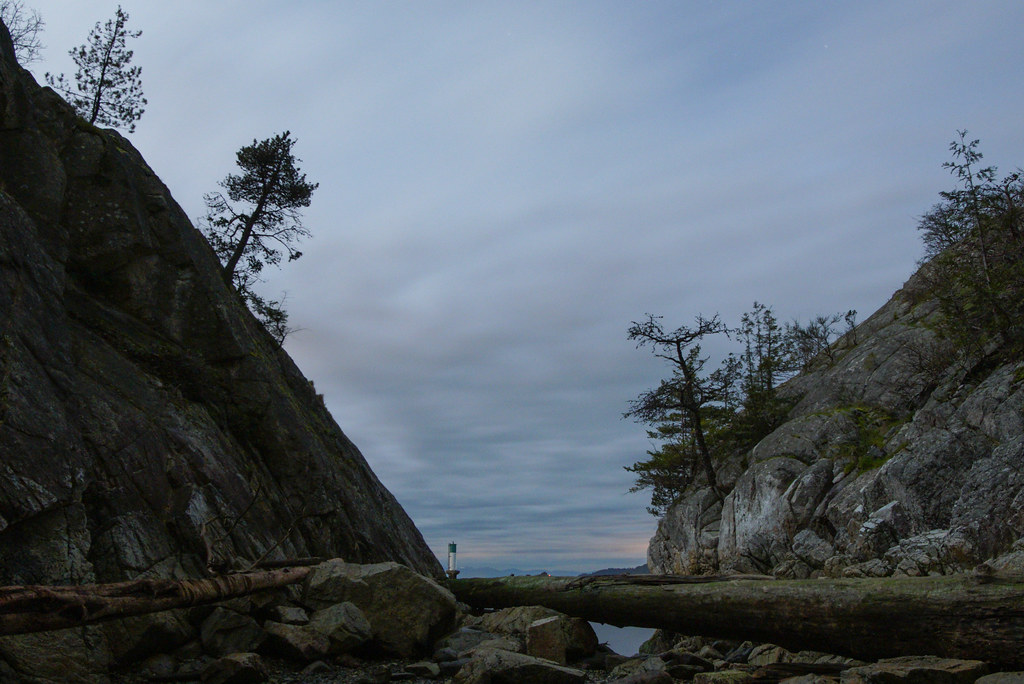 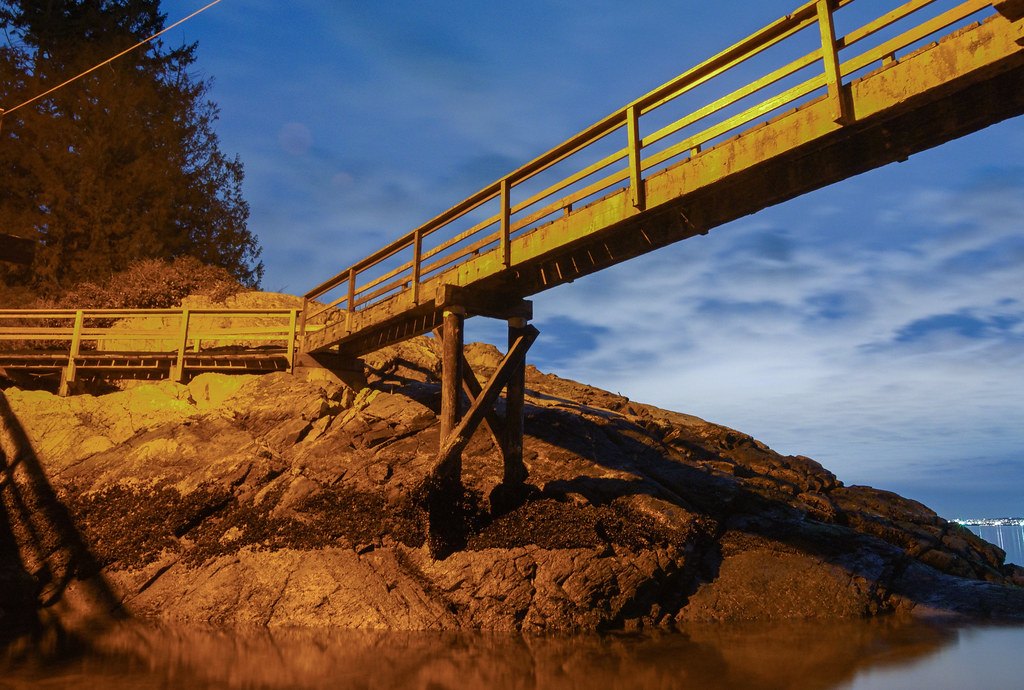 The Newsroom “is meant to be an idealistic, romantic, swashbuckling, sometimes comedic but very optimistic, upward-looking look at a group of people who are often looked at cynically. The same as with The West Wing, where ordinarily in popular culture our leaders are portrayed either as Machiavellian or dumb; I wanted to do something different and show a highly competent group of people.”

Let me assure you, The Newsroom delivered in spades. Idealistic dodged snares of robotic optimism, romantic let failures be human, swashbuckling struck chords of purpose rather than folly. How Sorkin applied his vision of cynicism, optimism, idealism and humanity, catapulted The Newsroom to relevant social commentary.

“The satellites have detected magnetic ‘ropes’ connecting Earth’s upper atmosphere directly to the Sun,” says Dave Sibeck, project scientist for the mission at the Goddard Space Flight Center. “We believe that solar wind particles flow in along these ropes, providing energy for geomagnetic storms and auroras.”

Leaving science to hunt substorm’s elusive key – treat yourself to four and a half minutes of the “world’s first real time northern lights”. Unadulterated, void of timelapse pageantry – a catch your breath audience with aurora spring.

I don’t wish to be unkind. Americans have enough on their minds with the Trump show. Re-posting my impression of Ted Cruz, thoughts formed long before Trump reared his ugly head, is intended to give bat shit an extra helping of guano.

Our world is a weird and wonderful place – I couldn’t make this stuff up if I tried.

Ted Cruz is a Texas Republican elected to the U.S. senate; he’s also holding dual Canadian/American citizenship. Born 1970 in Calgary, Alberta to a Cuban father and American mother – he left Canada at age four, America has been his home ever since. He has served as the Texas Solicitor General, Director of Policy at the Federal Trade Commission, Associate Deputy Attorney General for the federal Dept. of Justice, Domestic Policy Advisor to George W. Bush in the 2000 Bush/Cheney campaign, taught U.S. Supreme Court litigation as a Law Professor at the University of Texas, and is endorsed by the Tea Party and Republican Liberty Caucus.

His father – Rafael Cruz – left Cuba as a teenager, finding his way to Texas where he attended school. Prior to leaving Cuba he supported…

Don’t know about you, I’ve never given much thought to life beneath Arctic ice. Time lapse video from the BBC series “Life”, cemented a breathtaking reality. Beyond mesmerizing, ponder nature’s unassuming determination.