As I write, mission control at ESA (European Space Agency) dutifully prepare Rosetta for her assisted suicide. In less than 6 hours (twenty minutes either side of 7:20 am ET to be precise), Rosetta enters controlled descent into the pits of Deir el-Medina on comet 67P/Churyumov-Gerasimenko.

“The target area is home to several active pits measuring over 100 meters across and 60 meters deep [about 100 yards wide and 60 yards deep], from which a number of the comet’s dust jets originate. Some of the pit walls also exhibit intriguing meter-sized lumpy structures called ‘goosebumps’, which could be the signatures of early cometesimals [i.e, the building blocks of comets] that agglomerated to create the comet in the early phases of solar system formation. Rosetta’s final descent may afford detailed close-up views of these features.” – ESA

Rosetta will crash into the Ma’at region of Comet 67P/Churyumov–Gerasimenko. The yellow ellipse marks an approximate outline of the 700- × 500-meter (700- x 500-yard) target area. Image via ESA.

Vancouver murals, photographed this evening by my husband. 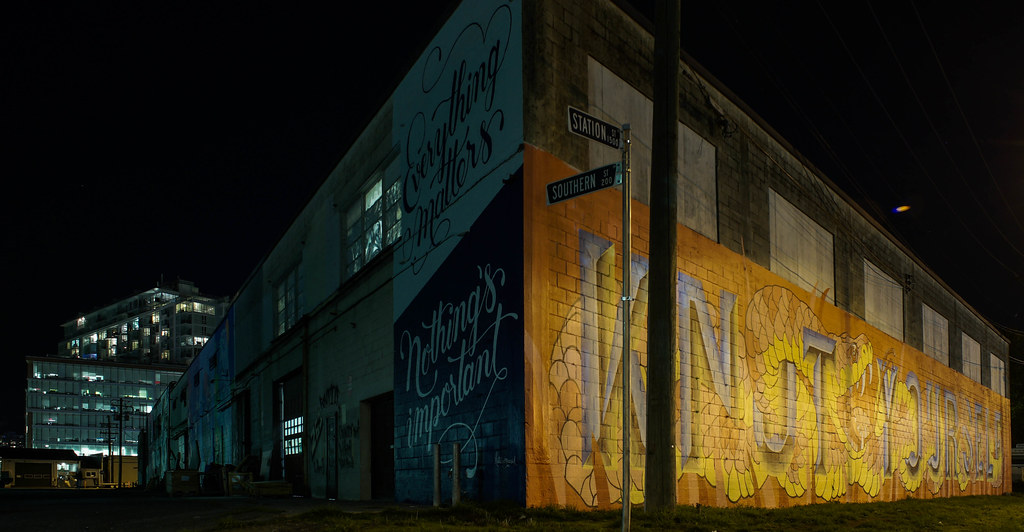 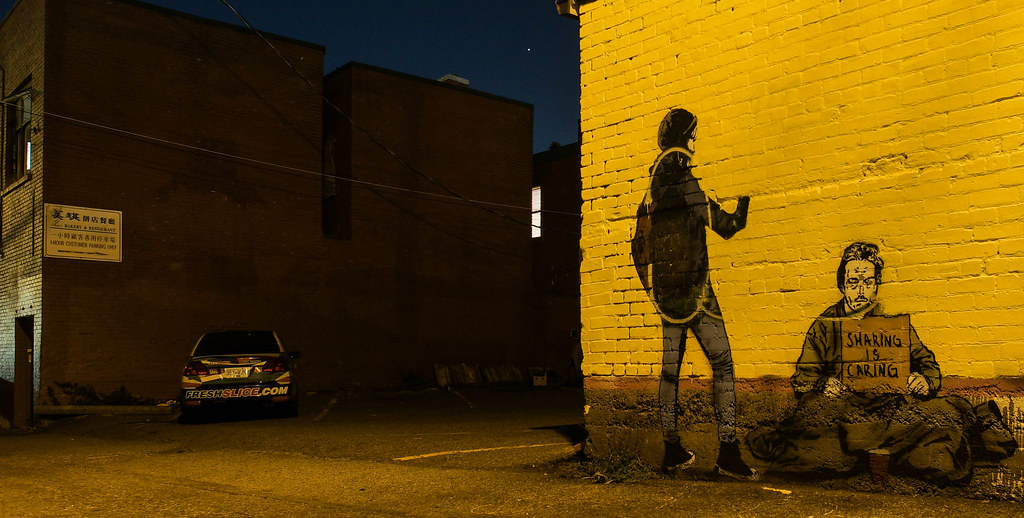 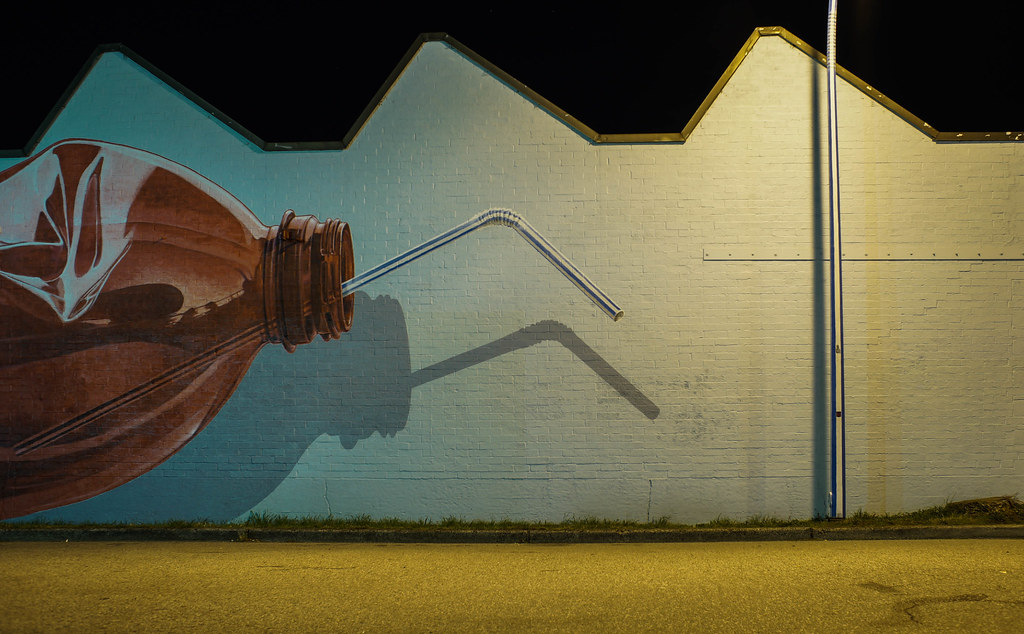 Daunting as ponders of theoretical physics might be, no harm comes from attempting to grasp their place in our reality. All it requires is willingness to imagine possibilities, nothing more than a moment of fleeting resolve dedicated to suspension of text book rational. Dipping a toe in space time’s pond isn’t intimidating, all it requires is an open mind.

Take three minutes to hear Muller, he’ll explain better than I ever could.

The Moon – steeped in mythology, banded by superstition, monitor of passing time. Comforting phases wax and wane, from crescent sliver to rotund glory, moon shadows rule the night. On September 30, 2016 a shadowless Black Moon will pass unnoticed in the Western Hemisphere.

When a second new moon falls in a month it answers to Black. All new moons are indistinguishable from the night sky – unseen because lunar orbit briefly bounces sunlight off the far side of the moon. They may be dark, but only become black every 32 months or so when a second lunar cycle begins in the same month.

There are more names for our Moon, than all identified/named moons orbiting planets in the solar system. (Great link below to 182 identified/named moons of those planets, followed by moonconnection.com for all things lunar, and another link to ponder Black Moon ) Add black moon to the list, then listen to my favorite moon song –

America – take a three minute break from tedious blithering you call freedom and democracy to watch this video. Understand – congratulating yourselves because Negroes no longer sit at the back of the bus makes my skin crawl. America is a nation divided by race, in many ways an uglier nation than existed at the dawn of your civil rights movement. Calling yourselves a great nation, professing to be a world leader, last bastion of promise in a world of misguided subordinates – makes me cringe.

It’s business as usual until the Negroes get uppity. Nobody likes uppity Negroes. Least of all trigger happy police officers. Watch this clip, then ask yourselves why African Americans cry “black lives matter”.

A gallery of my husband’s photographs – road trip Vancouver to Battleford, Saskatchewan – August 2016. 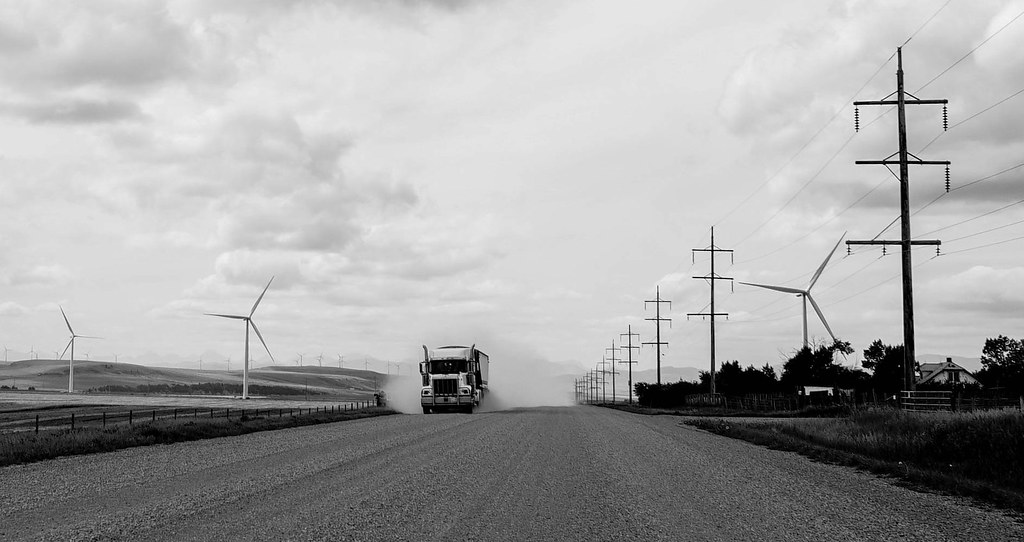 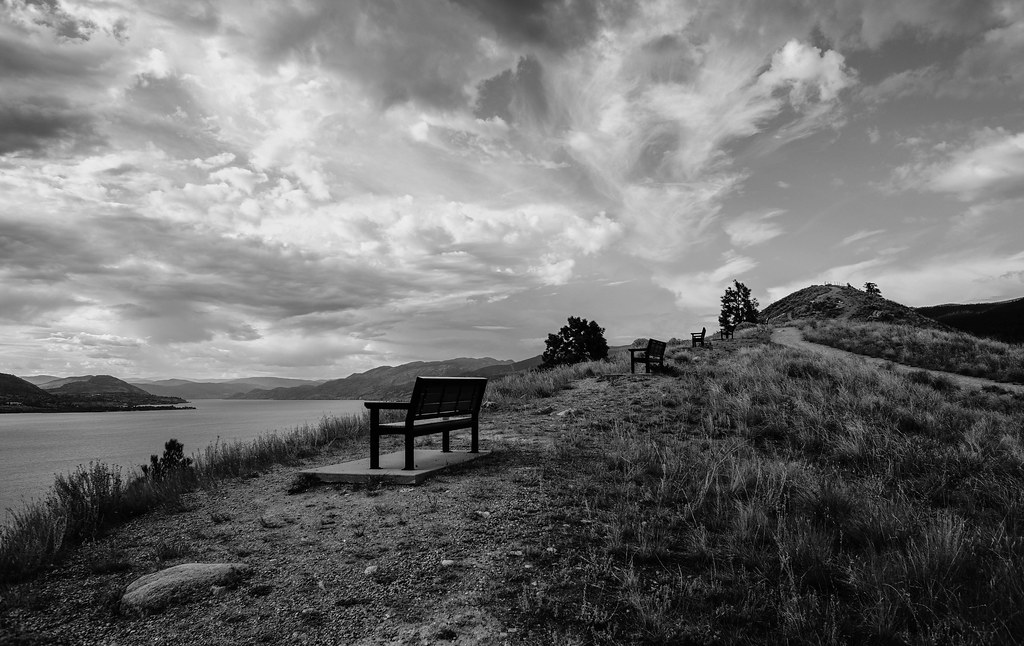 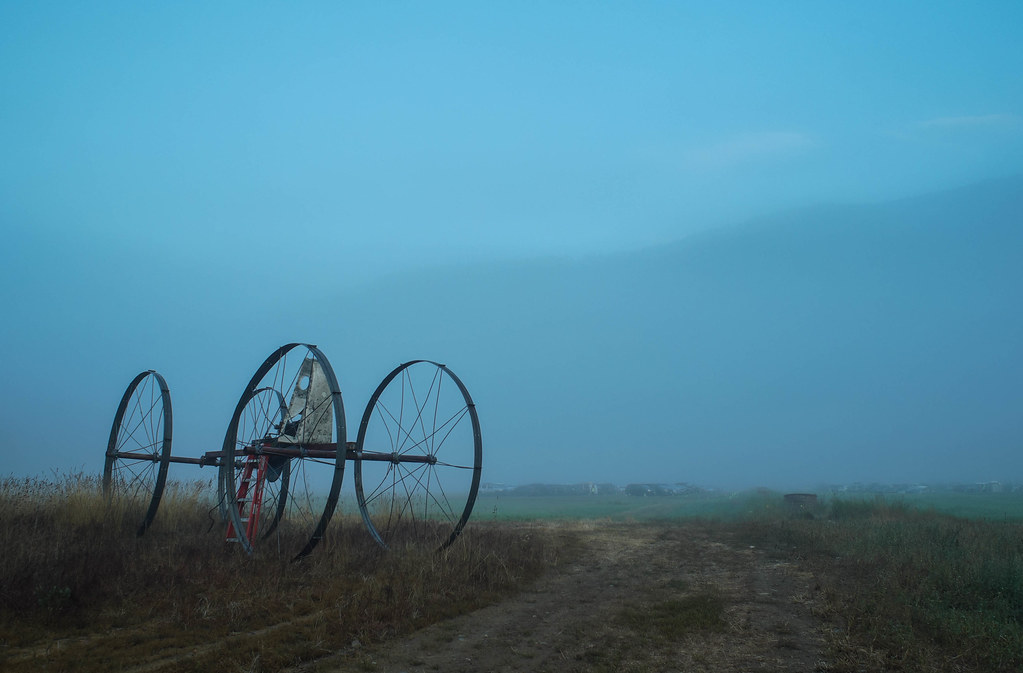 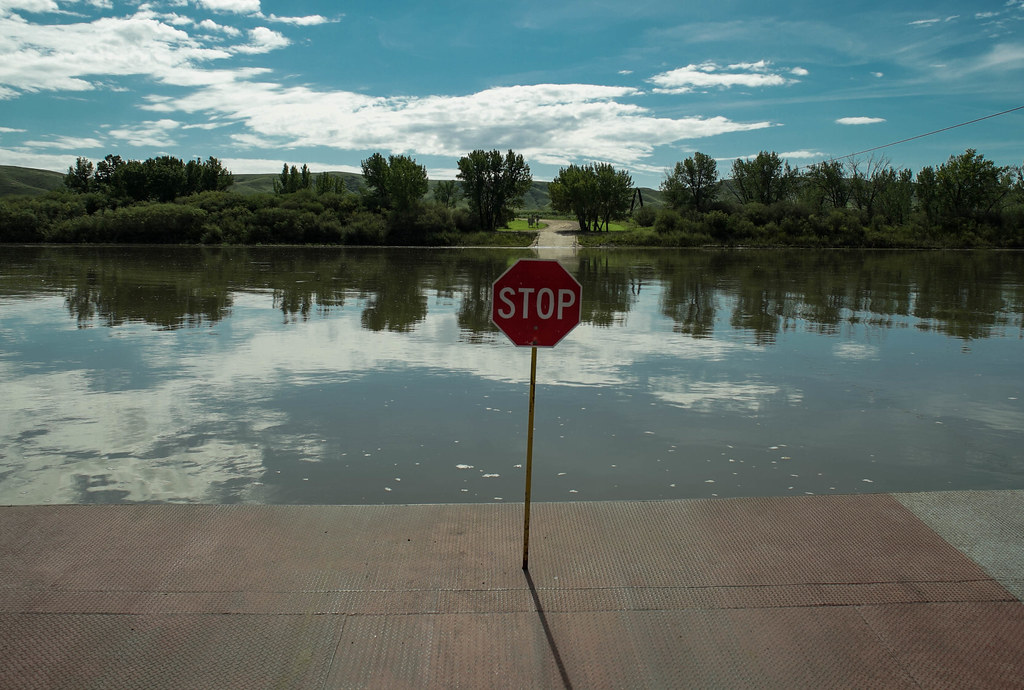 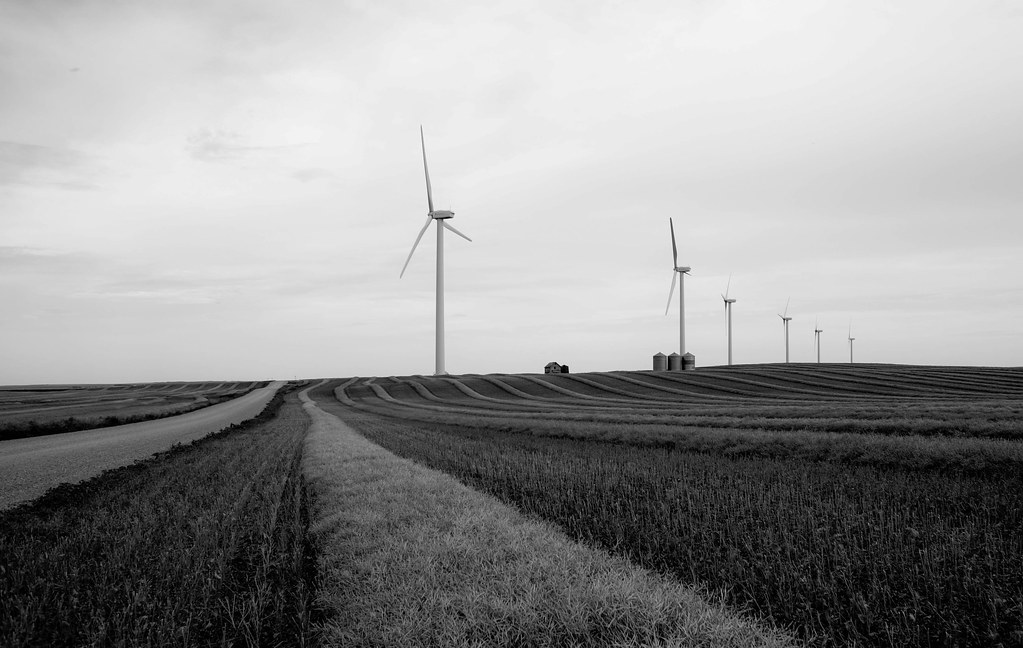 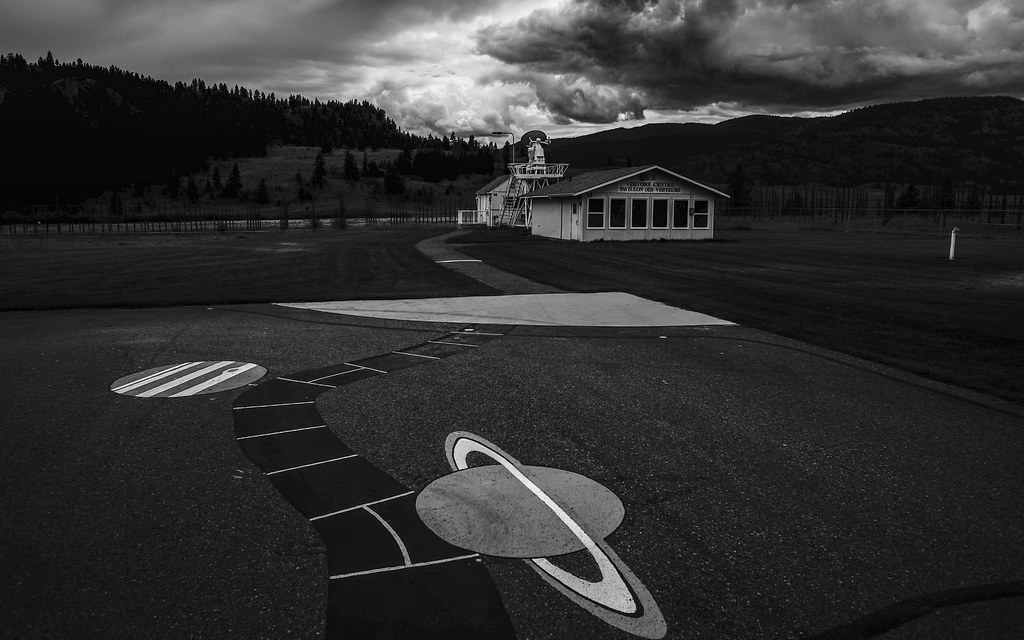 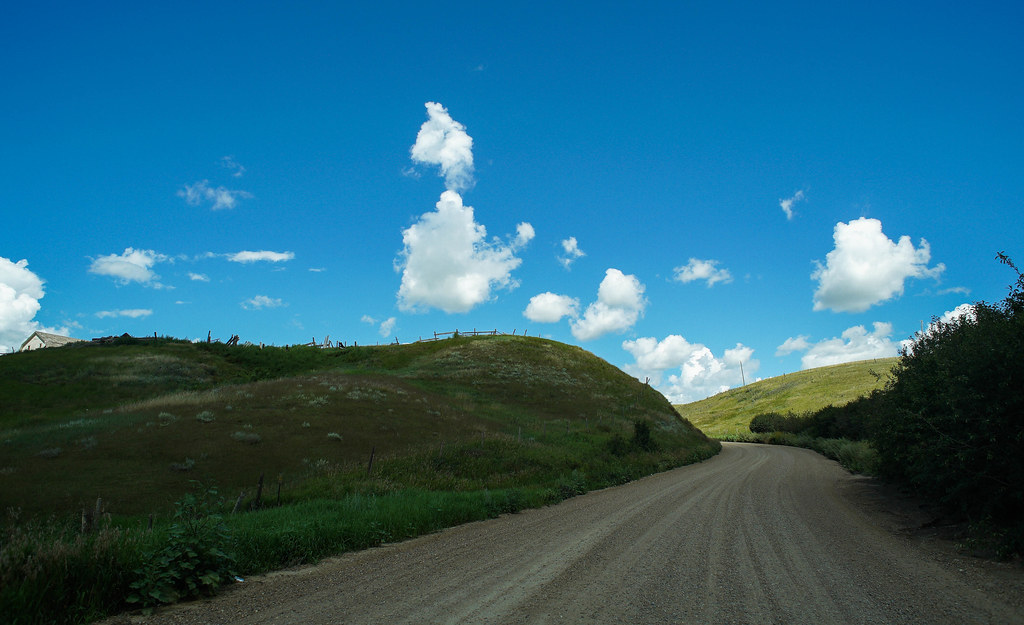 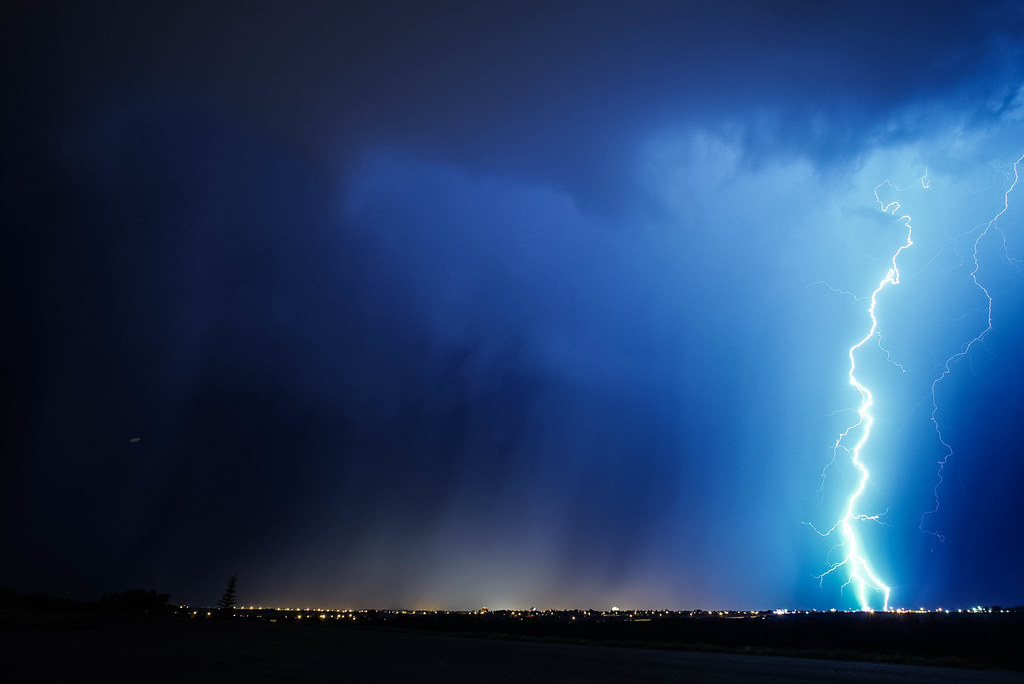 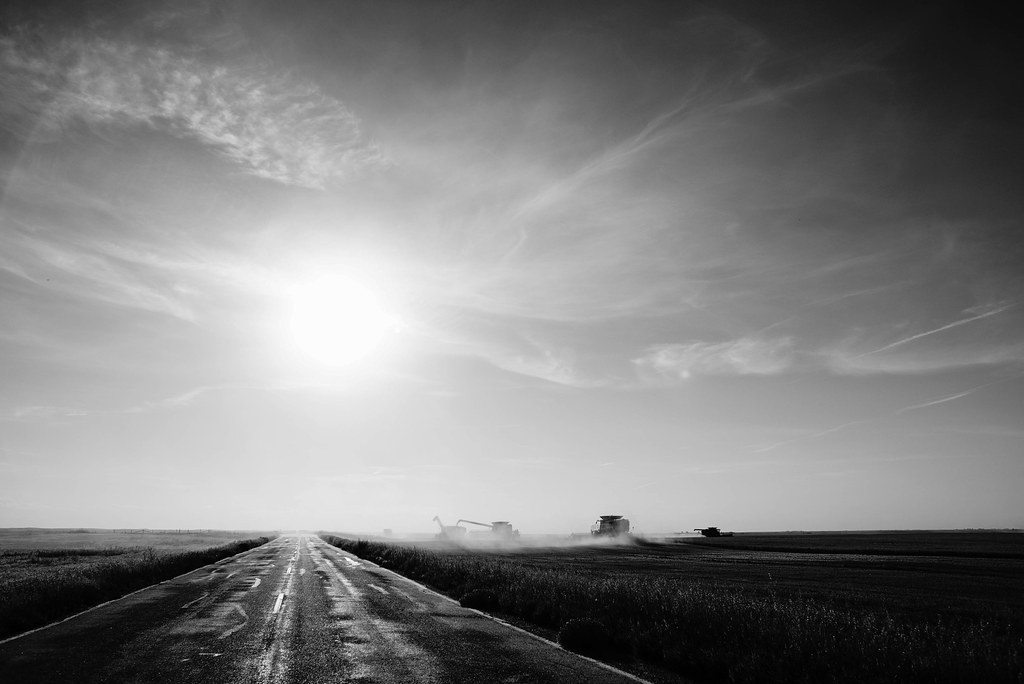 Some people watch cat videos others post images of every meal they eat – I watch timelapse photography.

Launched in 2004 with a singular objective – catch comet 67P by August 2014, deploy a probe to the comet’s surface, then settle into observational orbit for two years. Since August 9, 2016 Rosetta has tightened her orbit around 67P, on September 24 her final fly-by could be within a kilometer of the surface. Over the following few days intricate maneuvers will facilitate elliptical orbit becoming a free fall trajectory.

“It’s hard to believe that Rosetta’s incredible 12.5 year odyssey is almost over, and we’re planning the final set of science operations, but we are certainly looking forward to focusing on analysing the reams of data for many decades to come.”

“This pioneering mission may be coming to an end, but it has certainly left its mark in the technical, scientific and public spheres as being one of outstanding success, with incredible achievements contributing to the current and future understanding of our Solar System,” adds Patrick Martin, ESA’s Rosetta mission manager.

Linked below, the Rosetta blog – a collection of Rosetta’s legacy from the European Space Agency. Well worth a ponder.

Beginning September 10, 1941 astronomers noticed a particularly active cluster of sunspots. Over the next week they blossomed, reaching magnitudes visible to the naked eye. For seven days the disturbance grew, drifting with solar rotation until they faced Earth. Seventy five years ago today they erupted, resulting in a solar event known as the geomagnetic blitz of 1941.

“A magnetic observatory in Cheltenham, Md., operated by the U.S. Coast and Geodetic Survey, registered six separate occurrences of geomagnetic storms with a K index of 9 (the most intense value possible). Five of these occurred consecutively over a 24-hour period. In terms of a related global index , the level of geomagnetic activity over a 24-hour period has not since been matched.” 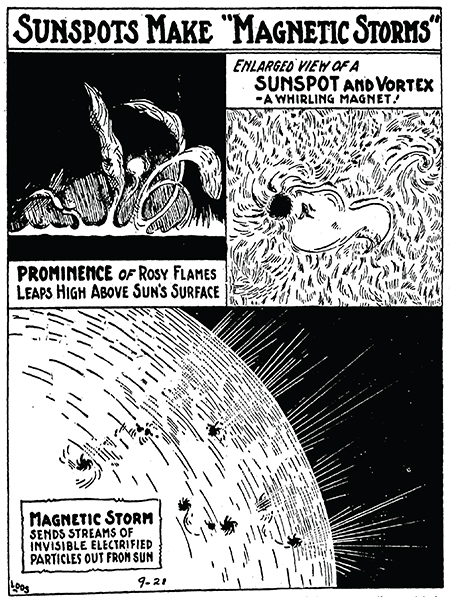 Assertive auroras danced from New Mexico to Chicago, New York and Washington DC. The Chicago Tribune wrote “a cosmic brush painted the Chicago sky with light”. Auroras across Europe were described by press in context of the war – illuminated by geomagnetic light, the British Royal Air Force bombed a German supply base on the Baltic Sea, and German forces stormed besieged Leningrad. Betrayed by aurora’s light, German aircraft attacked a convoy of Allied supply ships.

“Kapitänleutnant Eitel-Friedrich Kentrat of U-74 recorded the ensuing events in his war diary [Morgan and Taylor, 2011, pp. 119–123]: “September 18, 1941, visibility 4–6 nautical miles, a number of smoke plumes on the horizon, vessels seem well strung out.” Kentrat had spotted SC-44, a Canadian convoy of cargo ships. For protection, a destroyer and small antisubmarine warships known as corvettes escorted SC-44 along its journey.

A wartime convoy would normally have been relatively securely hidden in the dark of night. But not this night.

At 22:30 UT, Kentrat issued a radio dispatch to headquarters and the other Brandenburg U-boats, “Alpha. Alpha. Enemy convoy in sight. Quadrant AD9761. Course NE, moderate speed. U-74.” Unsure whether his compatriots received his message, he recorded in his diary that since 04:30 UT on 18 September, “short-wave radio reception has been very poor and it gradually cuts out altogether. We try absolutely everything but without success. I hope the other Brandenburg boats can receive me.” Unbeknownst to Kentrat, his radio problems were caused by the magnetic storm and the ionospheric disturbance that followed.

As the Sun set, the sea haze lifted. Under such conditions, a wartime convoy would normally have been relatively securely hidden in the dark of night. But not this night. The sky was ablaze with the aurora borealis. Kentrat described the conditions as being “as bright as day.” Ironically, in a postwar interview [Johnston, 2008, p. 38], a crewman on board a ship in the convoy, the SC44 corvette HMCS Lévis, recalled seeing the aurora on that evening and remarking to a fellow crewman, “What a night for a torpedoing.” This bit of dark humor would turn out to be prophetic.

At 01:00 UT on 19 September, Kentrat tried several times to maneuver U-74 into attack position on the starboard side of the convoy, only to be “driven off” each time by SC-44’s defending corvettes. They didn’t pursue for long, but Kentrat became concerned that his own U-boat was too visible “in these conditions.” (In those days, submarines were only occasionally submerged.) He decided to maneuver “to the port side of the convoy, where the Northern Lights [were] less bright.”

At 03:50 UT, Kentrat radioed, “Brandenburg boats report in immediately.” (He did not know at the time that the other U-boats had been receiving his radio messages; he just hadn’t been receiving theirs.) At 05:03 UT, from the unusually long distance of 3 kilometers, Kentrat ordered four torpedoes fired in spread formation at the convoy. Afterward, U-74 quickly turned around to escape, and Kentrat ordered a fifth torpedo fired from the stern. Monitoring the results through his periscope, Kentrat reported a direct hit, “a plume” and “green light.” A torpedo had struck the stern of the Lévis, nearly cutting her in two. Afterward, Kentrat recorded detecting a desperate Morse code signal: “help.”

Hours later, the Lévis sank. Of the ship’s complement, 18 died and 40 were rescued.” – https://eos.org/features/the-geomagnetic-blitz-of-september-1941

As I write tonight, solar winds unleashed from a wide Earth facing coronal hole are expected to reach Earth by September 20. Science predicts geomagnetic storms over the next few days. Other than brilliant high latitude auroras, it isn’t likely many will even notice. Nor is it likely a cautionary tale of the Geomagnetic Blitz of 1941 will register as anything but a page in history.

In my mind, space weather events are the least known, least taught and least acknowledged. I don’t get it. Over and over again, irrefutable accounts of solar assaults languish in obscurity.