On February 11, 2015  NOAA launched DSCOVR (Deep Space Climate Observatory) at Cape Canaveral, Florida courtesy a Space X Falcon 9 rocket. Never destined for glories of Hubble, Rosetta or the Mars Orbiter,  DSCOVR’s  launch was a victory in itself. Conceived in 1998 by NASA under then Vice President Al Gore, DSCOVR was born Triana for Rodrigo de Triana, first of Columbus’s men to spot land in the Americas.

Triana never left the launch pad. In 1999 NASA Inspector General (to be clear – NASA Office of Inspector General is a product of the Inspector General Act of 1978 – one of many independent investigative/audit units created to police 63 Federal agencies ) reported that “the basic concept of the Triana mission was not peer reviewed”, and “Triana’s added science may not represent the best expenditure of NASA’s limited science funding. Triana went down in flames with the election of George W. Bush. I suspect he took pleasure in silencing Gore’s pet project. Bush placed it on “hold”, stubbornly unmoved by a Congress funded report from the National Academy of Sciences in 2000 stating the mission was “strong and scientifically vital”. Triana gathered dust until 2008 heralded the end of Bush rule.

Final chapter of the Bush era led to push and shove from Al Gore. NASA renamed the project DSCOVR, and in 2011 Obama pitched funding of the mission as a replacement for antiquated solar observatory Advanced Composition Explorer, launched in 1997. In 2013 NASA was given the green light to proceed toward a launch date in 2015. On June 8, 2015 DSCOVR started broadcasting on the DSCOVR EPIC website, linked below –

Pondering why humanity chooses to stifle exploration of the cosmos hurts my head. War mongering, religious oppression, systematic denial of science, opportunistic corporate meddling – no excuse excuses the absurdity of blind eyes to the universe. Our world is not a product of politics or religion, we owe it to ourselves to understand what makes it tick.

Regrettably my Saturday meant working fourteen hours making a wedding fabulous. My husband on the other hand was free to take in Vancouver’s annual zombie walk – 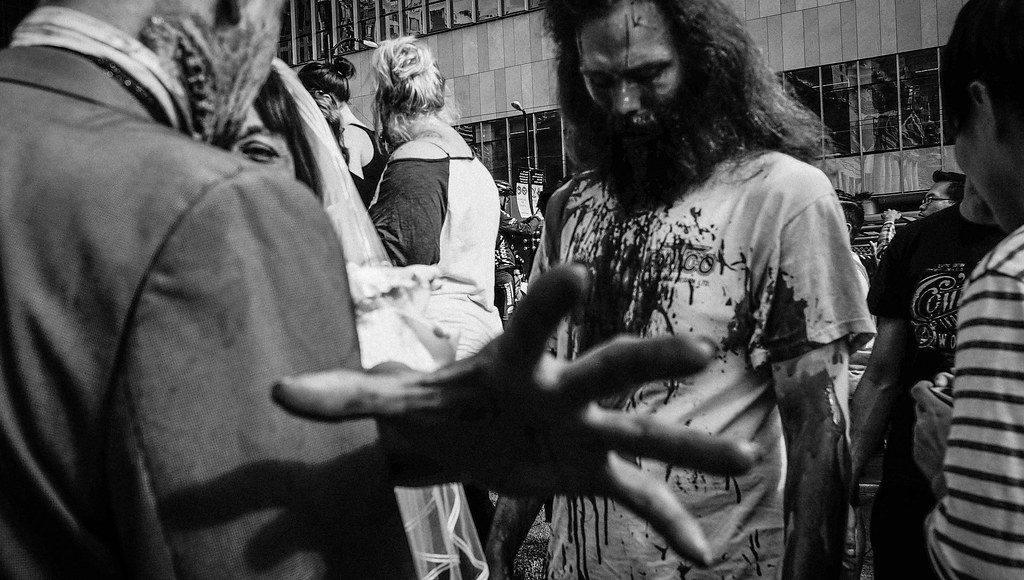 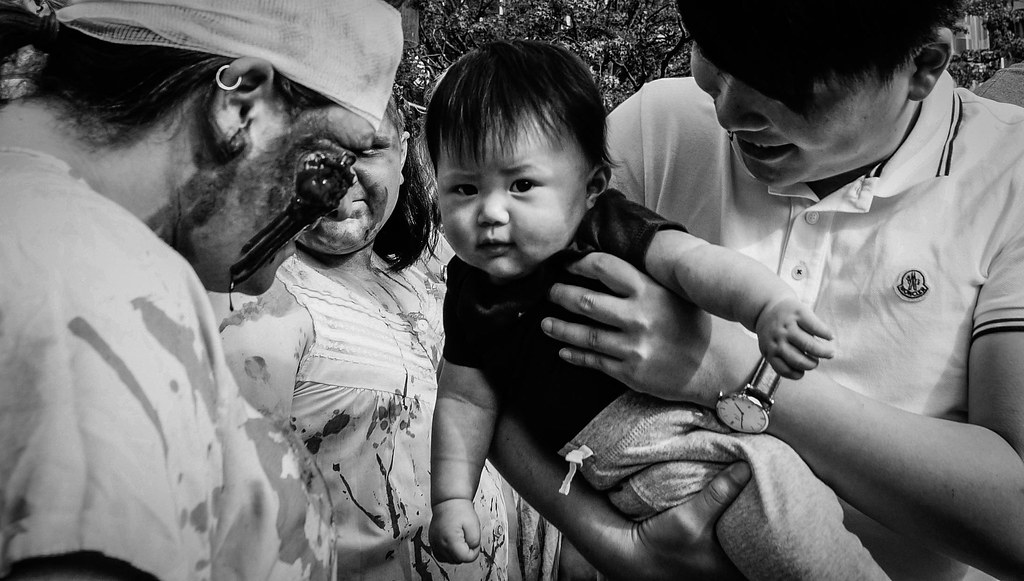 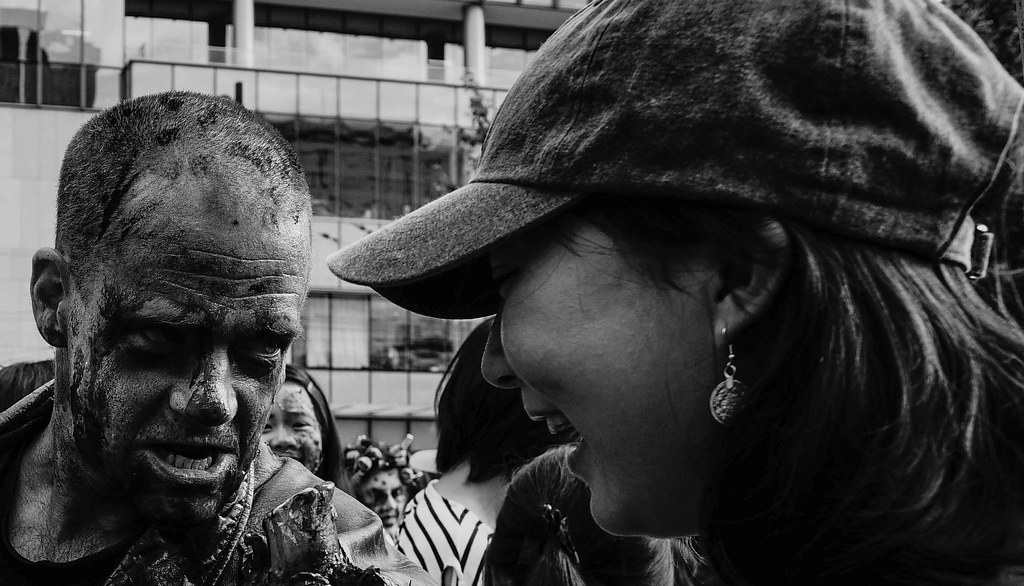 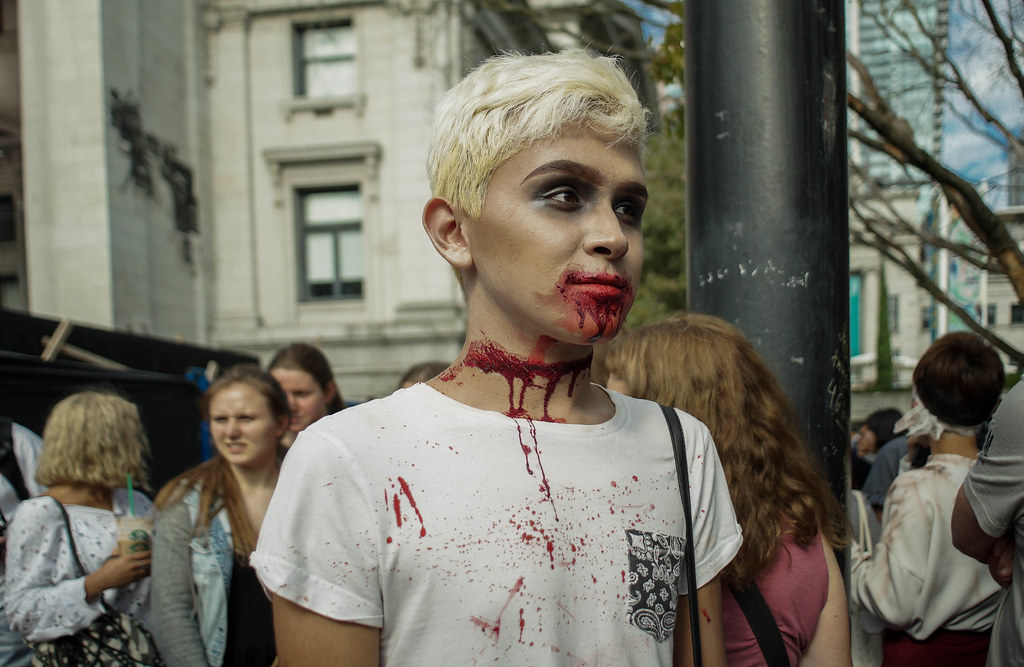 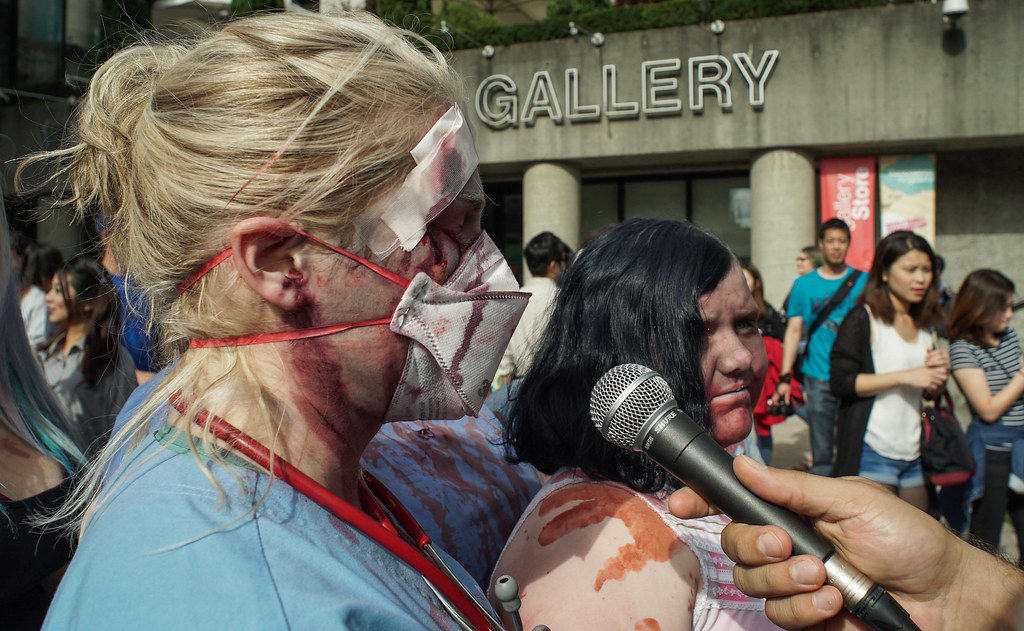 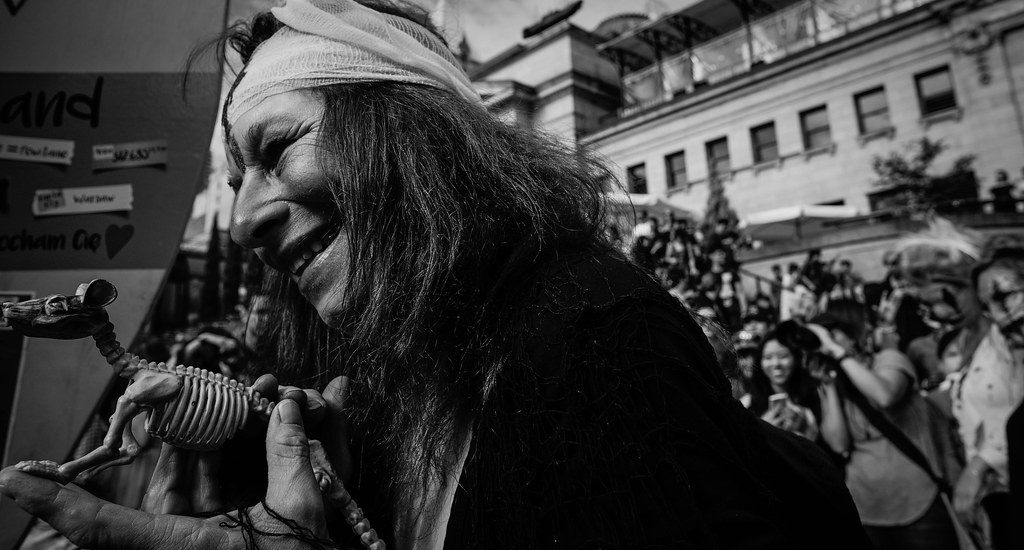 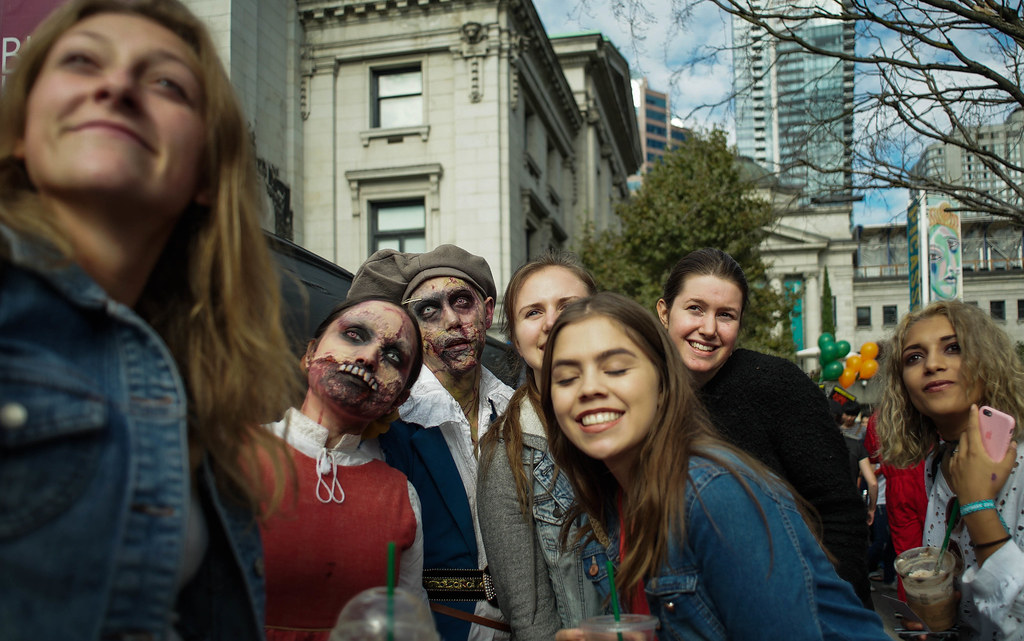 Don’t despair over fall dropping summer leaves, autumn is aurora season in the northern hemisphere. Auroras dance in the wake of geomagnetic storms – the product of blustery solar winds vibrating Earth’s magnetic field. Consider our magnetic field (magnetosphere) a protective barrier of protons and electrons. When uppity solar winds smack Earth’s magnetic bubble dislodged particles shower the atmosphere with auroras iconic glow. Spring and fall have twice the geomagnetic storms as summer and winter, the product of interplanetary tilt near the equinoxes.

How many potatoes have I peeled? Measured by vegetable jackets we doff, would a life heap of potato skins greater than all other vegetables combined betray age, rural childhood? Do ponders of what to eat salivate anticipation over a plain boiled potato – of course not. Texture aside, try describing a plain boiled potato.

Growing up, unless a rare spaghetti night broke the monotony, dinner included a pot of potatoes – 7 people, 7 potatoes plus “one for the pot”. Skinning potatoes was easy, summoning root cellar courage was another matter. Lurking beneath the kitchen floor, it existed in another dimension. Ten steps down to audible protests of a wood plank door, passage into cellar’s domain called for swift adherence to entry protocol – one deep breath to mitigate cellar’s earthy assault on senses, focused determination to locate light bulb’s string, followed by fixation on tidy mason jar rows of peaches and tomatoes. Glass caged peach optimism derailed packed earth floor and walls long enough to snatch potatoes and run. For a few weeks each summer “new potatoes” escaped the cellar, thin skinned delicacies boiled intact with a handful of fresh mint.

I love potatoes. Perfect recipient for butter or gravy, enthusiastic sponge for dinner plate juices. Mashed, scalloped, shredded, fried, stewed, caked, salad – a food staple champion. History found potatoes in Bolivia and Peru, cultivated in the Andes for up to 10,000 years. Apparently the Inca thought slices placed on broken bones would speed healing, carried in pocket prevented rheumatism and measured time in potato units – time it took to cook potatoes. In 1537 Spanish conquistadors introduced potatoes to the known world. Per person North Americans eat 110 pounds of potatoes a year, double that consumption for residents of Europe. Ireland was introduced to potatoes when Queen Elizabeth 1 gave Sir Walter Raleigh 40,000 acres of land to grow tobacco and potatoes. Prior to the Great Famine of 1845-1852, average Irish families consumed 10 pounds of potatoes a day. Close to a million people starved to death, another million emigrated during an outbreak of crop failing potato blight – the potato credited with Ireland’s population falling by 25%. Below a source of little known potato facts –

In primary school most of us cut potatoes in half, carving designs to make stamps. Did you know potato water cleans silver – after cooking remove potatoes, immerse tarnished silver in potato water for an hour. Remove rust from cast iron pans or baking sheets – rub with a cut potato, acids in the flesh wipe it away. Last night I found instruction on growing rose bushes from cuttings inserted into potatoes –

How To Grow Roses From Cuttings