My daughter wanted small animal skulls for an art project. Naturally she asked my brother, a perfectly reasonable request none of us considered remarkable. “No problem” he said. We promptly forgot about it for several months. Out of mind until he messaged to expect a parcel sent Greyhound express.

If I could bottle my brother the label would read “Essence of  decency, character, work ethic, empathy, moral fibre and principles”. A man of few words, words saved for storytelling delivered with mesmerizing cadence matched only by the twinkle in his eye. Stories of thwacking a bear on the nose while witching for water, sticking his hand down a drainpipe to extract a rattlesnake, plunging through alone in the wilderness pond ice under the weight of fur bearing animals, once and for all riddance of Saturday morning Jehovah Witness interruption courtesy a half skinned Marmot passed off as his cat. Trapper, water diviner, nuisance wildlife problem solver, woodsman and yes – provider of small animal skulls for an art project.

Not wanting to hurt his feelings I kept an open mind to caution our Greyhound parcel was perishable. “Do tell” seemed appropriate. “Wow, thank you” was all I could muster on hearing its contents. It would appear ungracious to point out she wanted “small” animal skulls, how could I argue with news of several Lynx skulls (skinned but not free of brain matter), raccoons, skunk, marmot and squirrel similarly stripped but not purged and one cougar head skin intact. Not wanting to be a ninny, I heard myself calmly remind him I lived in the city. What were we supposed to do?

No worries he said. Put everything in a large pot, boil until bits start floating to the top. It might take a while, if it smells disgusting throw in some bay leaves and pretend you’re making stew. OMG!! I’ll spare subsequent details, suffice to say it involved extraction of soft boiled tissue.

He would have been proud. Stoic, unflappable determination opened the package, assessed the situation, put all but the far too large cougar head in a pot set on boil. Congratulatory back slaps waned relative to ever growing gray pot scum.I couldn’t say how long it boiled, I can attest to the moment gag reflex stench recalled adding herbs to skull stew. Big mistake! Rubber gloves – check. Soft tissue extraction implements – check. Why aren’t these skulls coming clean? Where did we go wrong?

Suddenly my daughter shouts “abandon ship” – we rationalize postponement not failure. “it’s ok, we just ran out of time, we’ll try again tomorrow”. We carry the pot downstairs intent on flushing skull scum water down the toilet. Nothing prepared us for the last swirling toilet gurgle ejecting a rogue floating skunk skull – a spectacle so absurd both of us collapsed in hysterical stress release laughter. Composure returned with dutiful bagging of drained animal parts. Bag of drained bits back in  pot, punctuated with the satisfying clang of lid containment. Cougar head wrapped in another bag – both problems parked in a basement chest freezer.

That was five years ago, it goes without saying our one and only attempt would be the last.We don’t talk about that day, it’s far too awful. Guilt of wimping out is troublesome. Worse still, I can’t bring myself to deal with contents of the freezer for fear of disappointing my brother. We no longer use the freezer, it serves to preserve a pot of assorted par- boiled skulls and one glorious skin intact cougar head. I need help!! Anyone looking for a frozen cougar head? 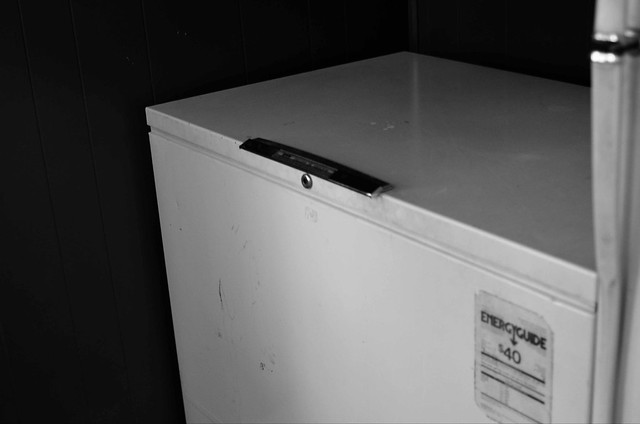