Read the description below, try to guess what this excerpt from an actual patent describes. No Googling allowed, play fair!

A series of approximately ten sounds, alternating between the chest and falsetto registers of the voice, as follows –

Posting this again to remind us where Donald Trump came from.
“My legacy has its roots in my father’s legacy” – Donald Trump

I begin with a nod to https://elfkat.wordpress.com/ for shining light on this story.

“Woody is just Woody. Thousands of people do not know he has any other name. He is just a voice and a guitar. He sings the songs of a people and I suspect that he is, in a way, that people. Harsh voiced and nasal, his guitar hanging like a tire iron on a rusty rim, there is nothing sweet about Woody, and there is nothing sweet about the songs he sings. But there is something more important for those who still listen. There is the will of a people to endure and fight against oppression. I think we call this the…

Logic need not apply for consideration in right wing America. Two years after this clip aired on Fox news, the italicized comment that follows epitomizes the void propaganda creates in logic.

“Because Obama’s faith, or lack thereof, interferes with our lives. Initially he claimed to be Christian then he went to visit some foreign country and bowed deeply to the Prince who was Muslim. They hugged. If Obama was a ‘Christian’, he would not have bowed. His deep bow indicated submission and respect to that leader. In essence dragging out country with him. Muslims do not hug anyone but other Muslims.
Then Obama claims that he is Muslim. His accent is quite good when using their words, so it’s not something foreign to him. Yet this past Easter, while addressing his audience he says…”as we Christians”, including himself. Either the man can’t make up his mind what religion he is, or he thinks we are too stupid to know you cannot be both a Christian and a Muslim.
He has put Muslims in numerous aspects of the government, military and businesses. That way, when Obama is out of office, there will be other Muslims to take over.”

Absurd logic relies on ignorance, understands the propaganda of fear and knows how to nullify common sense resistance. Preposterous reason dictates Obama is Muslim for bowing to an Arab. Absurd logic scoffs at suggestion Donald Trump is anything but America’s great white hope. Right wing America – you need your head examined.

Once again, a gallery of Vancouver photographs by my husband – 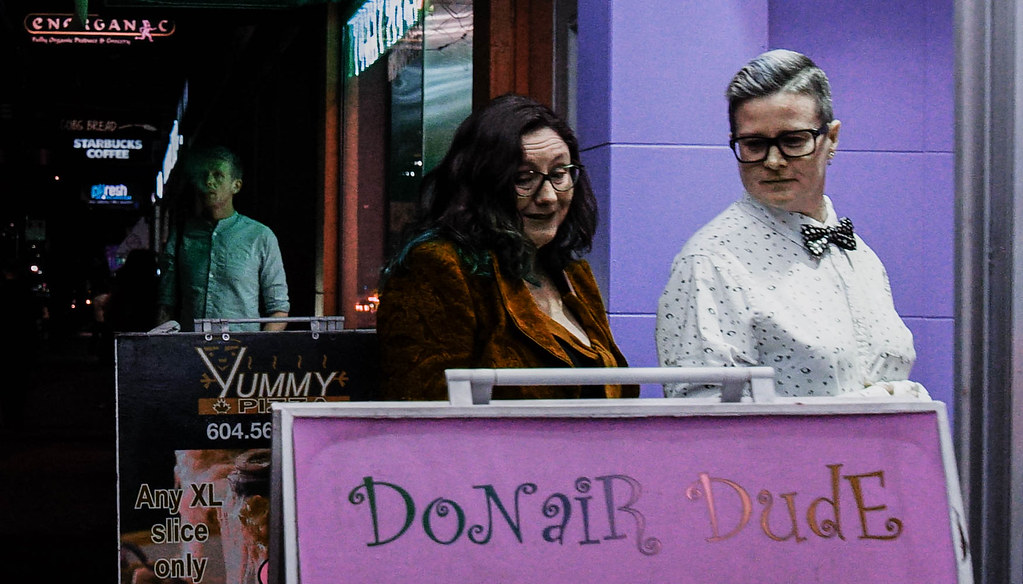 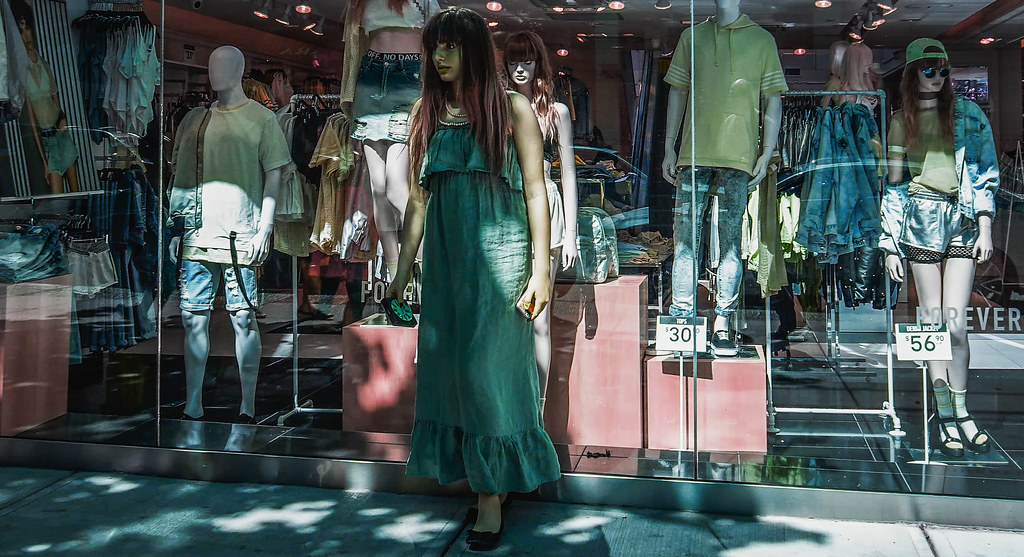 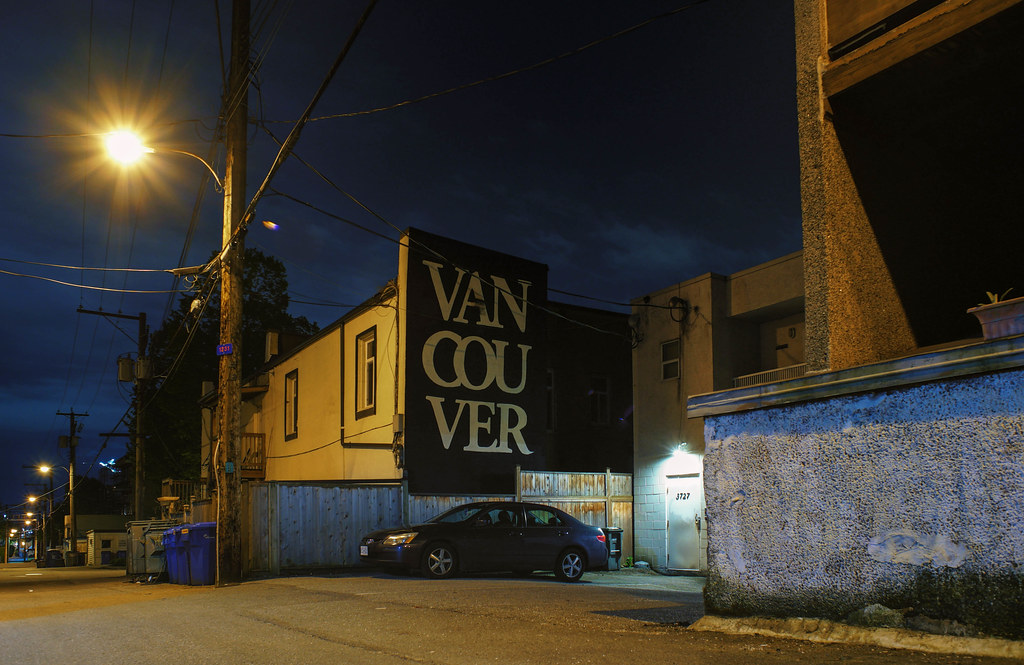 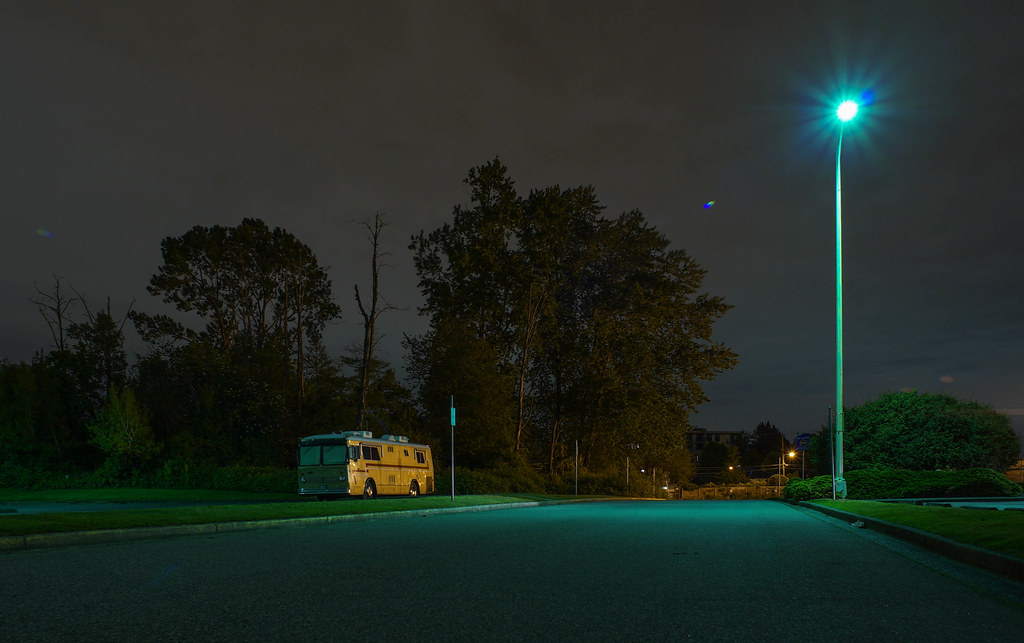 Anyone who’s seen the program When Animals Attack understand it almost always starts with nincompoops too stupid to grasp imminent danger.Yesterday afternoon the dock at Steveston B.C. catapulted stupid to the stratosphere. Hey, lets feed this wild animal! No wait, lets put this child in its face. Hahaha, it tried to kiss her, lets put our child even closer. NO STUPID! It wants to eat her, she looks like food! Hit play and watch stupid in action –

Gorgeous timelapse, dash of Carl Sagan and musical musings of Canned Heat to cheer you up –

I laughed hard when reading my pre-election Trump post from August 2016. Written when politics were fathomable and Donald unimaginable, A reblog to remind myself of a simpler time, a time when Trump was merely a narcissistic lying nitwit buffoon, not president of the United States of America. Yikes.

Earlier this week Donald Trump blithered utter nonsense at a campaign rally in Florida, regurgitating fantasy the following day in Maine. Trump’s outbursts tend to flow within spillways of generalized chest thumping hubris, moronic sound bites selling Trump’s “brand” to America – this jibber-jabber gem was different. The nincompoop’s head, bloated by gases of maniacal impunity from truth or reason, pulled a nut salad from his ass.

Trump vehemently claimed to have seen a video showing $400 million being taken off an American airplane in Iran. Trump suggested the cash was ransom paid by America to release hostages. It wasn’t – the footage in question aired on Fox News showing released Americans stepping off a plane in Geneva. (full story linked below) Trump’s false assertion the video was “leaked” by Iran to “embarrass” America, in particular President Obama caught exchanging money for prisoners, went from simmer to boil.

Another gallery of my husband’s photographs, shot in and around Vancouver over the past few weeks – 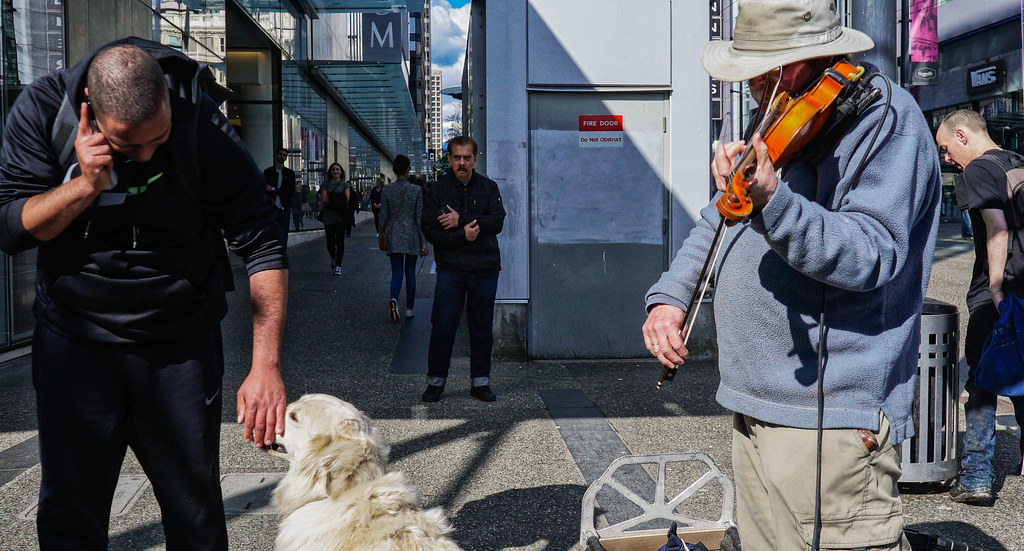 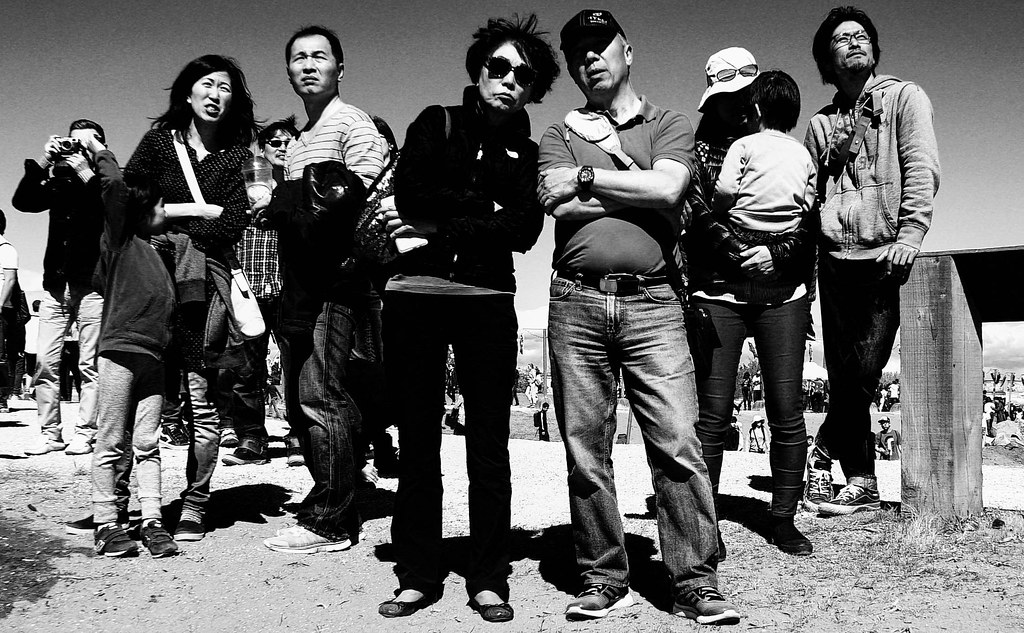 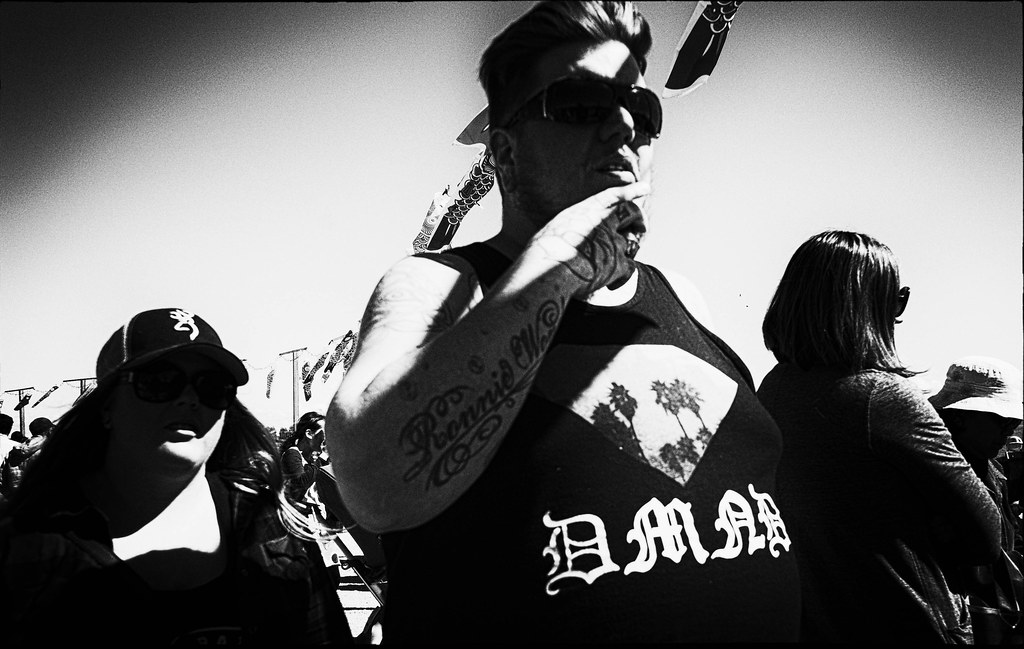 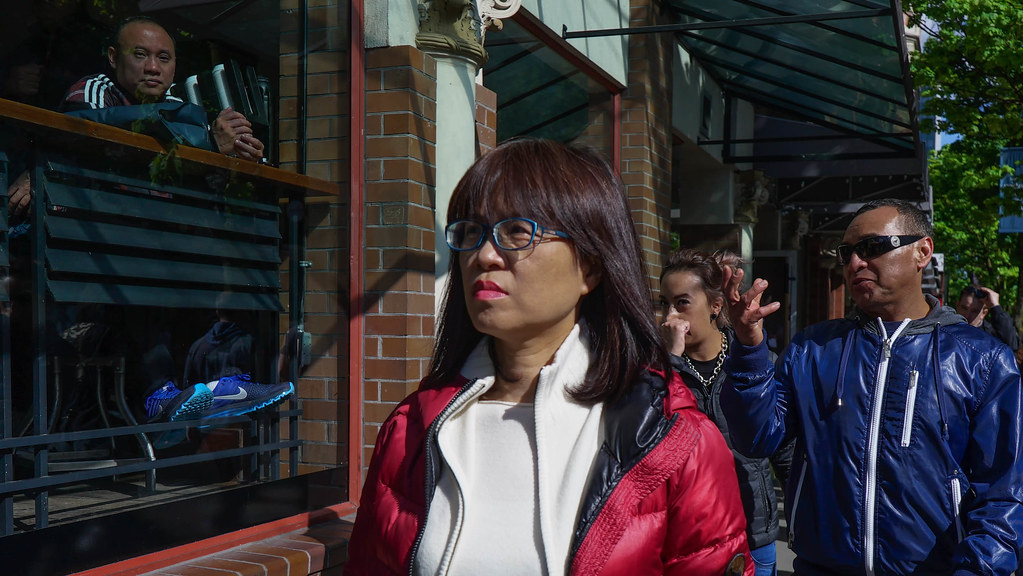 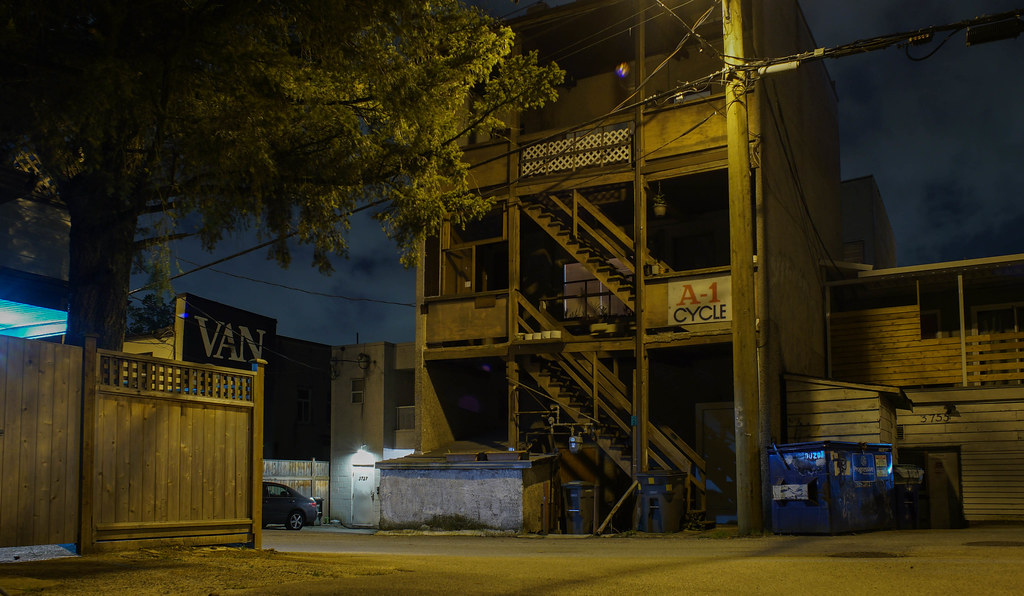 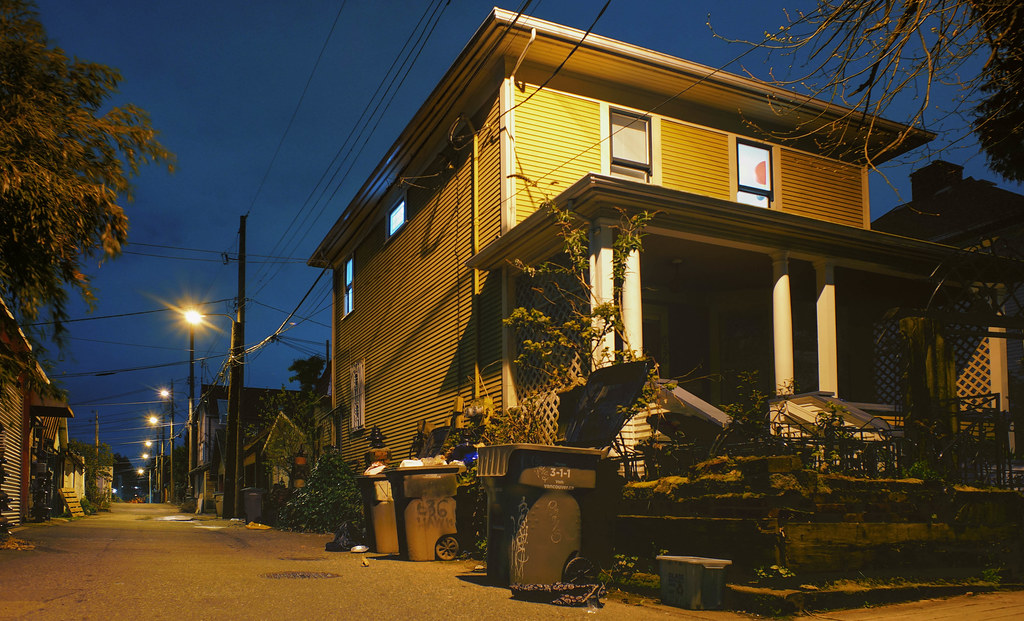 Lisa Kadonaga, a geography professor at University of Victoria in Victoria B.C. thought her friends would get a kick out of “Garden Spicer”. She found a Spicer headshot, blew it up, cut it out, stuck it in shrubbery outside a local bank, snapped a photo and shared it with Facebook friends. Kadonaga’s joke, sparked by reports of Spicer meeting reporters at night in shadows of bushes outside the White House soon became a phenomenon. Within hours, Twitter, Facebook and media shares prompted Kadonaga to upload it to Dropbox – a move that temporarily crashed the photo sharing site.

Who needs lawn gnomes when you have Spicer ornaments?A Facebook post has emerged in which a user created the “Garden Spicer,” a parody of the startling event which took place at the White House earlier this week with Press Secretary Sean Spicer.The Trump surrogate reportedly took refuge in bushesfollowing an interview on Fox Business after the James Comey firing.Facebook user Lisa Kadonaga wrote: “Here’s something I made this afternoon. Now you too can have the White House press secretary in — or rather ‘among’ — the bushes in your yard.”Her post shows four photos of Spicer cutouts that can be placed anywhere “among” the bushes.Sean Spicer reportedly hid in bushes after Comey firingWhat’s next? Sounds of careful deliberation?

Maybe a motion sensor triggering a recording on Garden Spicer: “Turn the lights off!”

Kadonaga’s post continues, reading: “And hey, if you’re concerned that when exposed to the outdoors, the image will run…no worries, that’s exactly what Sean Spicer does, so it’s totally authentic!”

This is important, hiding behind closed blinds is shameful. Thick coats of indoctrination varnish can’t disguise a dull patina, you’re not fooling anyone but yourselves. Propaganda destroys all you hold dear.

Ponder this snippet of Trumpish dribble yanked from responses to my position on Trump firing FBI Director Comey. Perish the thought this puff chested American might consider truth before parroting malarkey.

“On a final note, are you prepared to ask for a special prosecutor to investigate Hillary Clinton’s email server scandal, or the Clinton Foundation corruption, or even the hackneyed old Benghazi scandal? No? I didn’t think so. The point is that we consider these accusations against Trump to be bogus political clap trap without an ounce of merit. Why should we legitimize them with recognition?

In addition, given the way that the leftist media openly conspired with Clinton, denigrated Trump endlessly, and even gave material aid to her campaign, by giving debate questions in advance and so forth, maybe it was only right that Trump might have received outside aid. Plenty of American news agencies are inundated with foreigners from top to bottom, and those foreigners openly railed against Trump. Where is the outcry?

That is why we won’t indulge this witch hunt.”

Or this nugget of stewed conservative wisdom –

The left is already imposing severe economic oppression on those who hold ideas they consider in opposition to their own. They mount campaigns to get conservatives fired who say or do even the tiniest thing they consider to be politically incorrect. They sue people and destroy businesses to make a politically correct statement or point.