New research by Eleanor Caves at Duke University suggests most species view the world in less detail than us Comparison of visual acuity in 600 species of animals, birds, fish and insects conclude humans see fine detail elusive to most species. Based on spacing and density of light sensing structure in eye anatomy, the study measured acuity in terms of cycles per degree, translation – how many pairs of black and white parallel lines a species can discern within one degree of the field of vision before they turn into a smear of gray.

Evolutionary perfection compensates lack of visual acuity with species specific tweaks of survival fancy. Sight as we know it is not the measure of life on Earth. 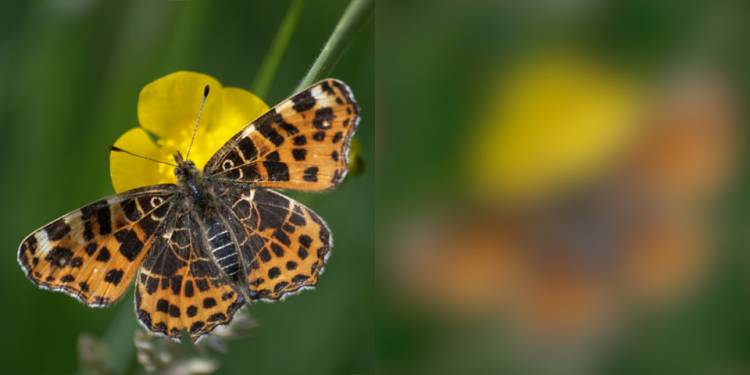 The image on the left shows the wings of a map butterfly as they might look to a jay looking for a snack, and on the right, to another member of its kind, such as a rival or potential mate. Image courtesy of Eleanor Caves 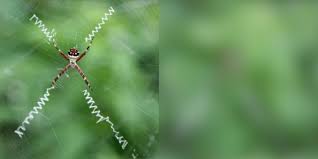 A spider web as seen in bird vision (left), and fly vision (right). The zigzags on the spider’s web send a secret message to birds that their insect prey can’t see, even from less than a foot away. Image via Eleanor Caves.