In October 2017 astronomers at Pan-STARRS 1 telescope in Hawaii, spotted a mysterious fast moving cigar shaped object. They named it Oumuamua, Hawaiian for “messenger from afar arriving first” or “scout”. 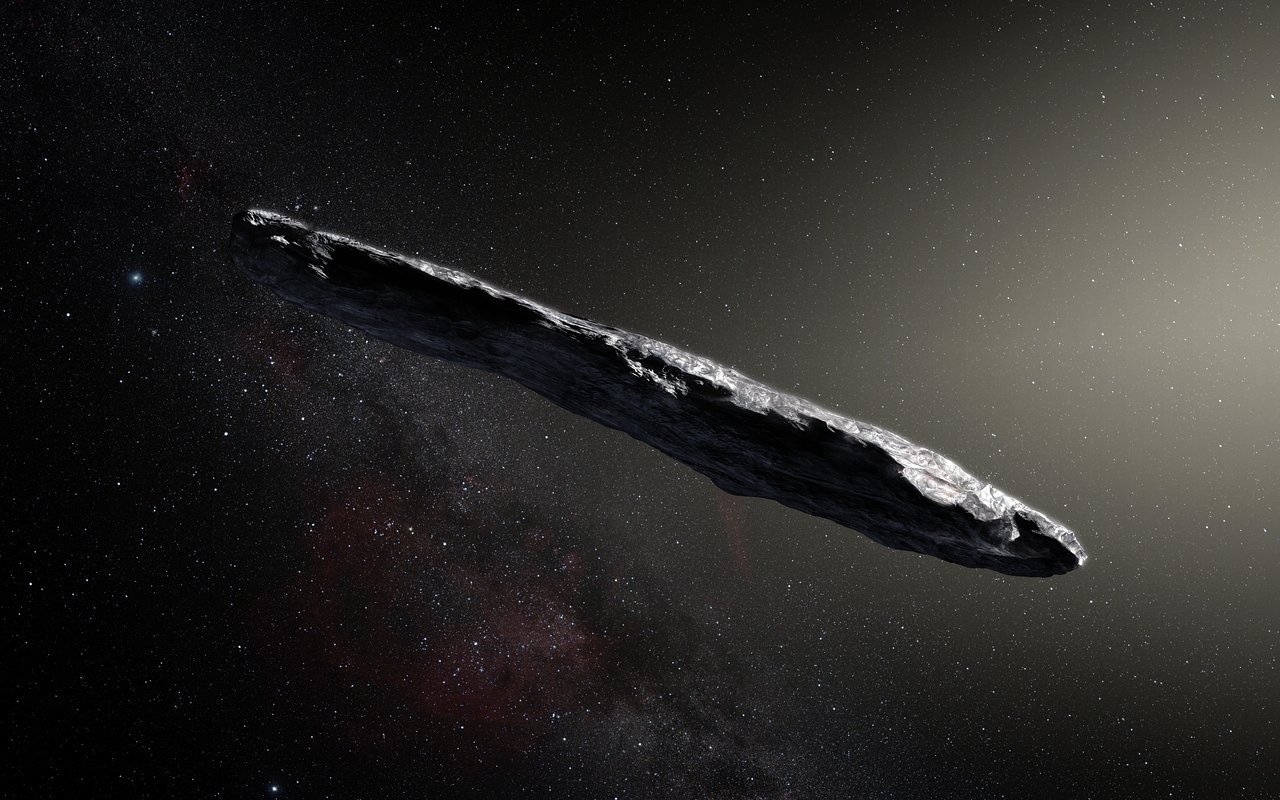 Artist’s impression of the first interstellar asteroid/comet, “Oumuamua”. This unique object was discovered on 19 October 2017 by the Pan-STARRS 1 telescope in Hawaii. Credit: ESO/M. Kornmesser

For 3 months the roughly 400 metre long object blazed through our inner solar system at a staggering 26 kilometres per second. Mystified astronomers didn’t know what to make of Oumuamua, Without a debris trail it couldn’t be a comet, void of discernible trajectory it wasn’t an asteroid. Enter the Harvard Smithsonian Center for Astrophysics, in a new paper submitted to the Astrophysical Journal Letters, researchers dangle the possibility Oumuamua is a “lightsail of artificial origin”.

“Oumuamua may be a fully operational probe sent intentionally to Earth vicinity by an alien civilization,” the paper’s authors wrote.

The object’s “excess acceleration” when it traveled through our solar system and its peculiar trajectory distinguishes it from comets and asteroids, the researchers explained.

For example, the object’s movement is not determined by the gravitational pull of the sun or planets, as is the case with asteroids. Scientists have also been unable to concretely identify it as a comet because it lacks a tail or “coma” around it.

To explain its movement, the report’s authors, Abraham Loeb, a professor and chair of astronomy, and Shmuel Bialy, a postdoctoral fellow, argue that Oumuamua’s non-gravitational acceleration may be explained by solar radiation pressure.”

“If radiation pressure is the accelerating force, then Oumuamua represents a new class of thin interstellar material, either produced naturally, through a yet unknown process… or of an artificial origin,” the authors wrote.

If the interstellar object is as thin as astronomers estimate it to be, Loeb and Bialy suggest it could be a light sail, which is conceived as able to harness light or solar energy from the sun to propel a spacecraft.”

If Oumuamua is a lightsail floating in interstellar space, it could have been ejected from a planetary system as “space debris” from equipment that is no longer operational.

“This would account for the various anomalies of Oumuamua, such as the unusual geometry inferred from its light-curve, its low thermal emission, suggesting high reflectivity, and its deviation from a Keplerian orbit without any sign of a cometary tail or spin-up torques,” the paper states.

Although it’s “extremely thin,” the researchers said the object could survive interstellar travel over galactic distances and withstand collisions with gas and dust grains.

In a world of televised ancient alien theory, blog fueled extraterrestrial existence and self proclaimed definitive authority on cosmic visitors, it’s tempting to jump on the Harvard said so bandwagon. Not so fast people! Settle down, look at the facts and understand Harvard isn’t declaring Oumuamua an alien probe. It is saying there’s a lot we don’t understand and wouldn’t it be cool if this were the case. Either way, we’re talking about it and that’s good enough for me.