Shout out to Scottie at https://scottiestoybox.com/2019/12/23/trump-tells-student-group-i-never-understood-wind/ for posting this Trump bag of wind. Take a deep breath, suspend belief and mark the words of the president of the United States of America.

“I never understood wind. I know windmills very much, I have studied it better than anybody. I know it is very expensive. They are made in China and Germany mostly, very few made here, almost none, but they are manufactured, tremendous — if you are into this — tremendous fumes and gases are spewing into the atmosphere. You know we have a world, right?”

“So the world is tiny compared to the universe. So tremendous, tremendous amount of fumes and everything. You talk about the carbon footprint, fumes are spewing into the air, right spewing, whether it is China or Germany, is going into the air,” he continued.

“A windmill will kill many bald eagles. After a certain number, they make you turn the windmill off, that is true. By the way, they make you turn it off. And yet, if you killed one, they put you in jail. That is OK. But why is it OK for windmills to destroy the bird population?” – Donald Trump, speaking this weekend to Turning Point USA. 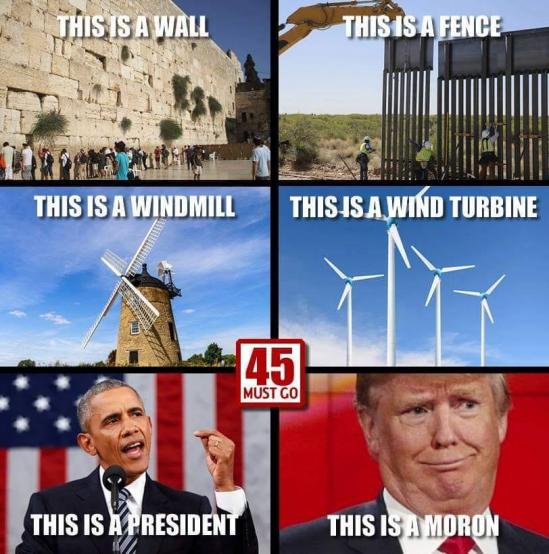