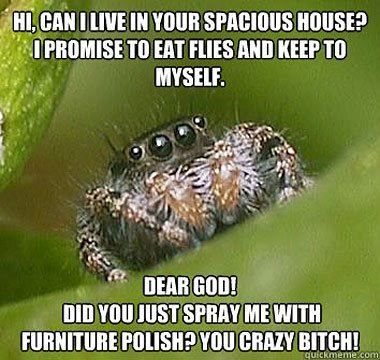 7 thoughts on “Try To Live With Polite Spiders”