Spiders don’t bother me; for decades I’ve been the designated spider slayer in my home. Naturally the designation doesn’t thrill me – those substantial arachnid intruders; the ones you can almost hear as they tip tap across the floor give me pause for a second – then it’s down to business, people are counting on me. To the dismay of the family, if at all possible I capture and release them outside. Assurances they aren’t hit men, have no vendetta, and are unlikely to make their way back inside do little to soothe the phobic nerves of my family.

Spiders are a fact of life, most are harmless, or at least not life threatening. Even the seven black widow spiders I’ve spotted, captured, or killed over the last year in my basement, don’t bother me as long as they stay downstairs.

Snakes are a completely different story; I’m incapable of applying the same rational thoughts when a snake is involved. Living in the heart of a major city in British Columbia, a snake should be the last thing to worry about. Or so I thought – “Daddy, please catch a snake for us” was the plea from our young children. We were on Vancouver Island, garter snakes were everywhere, and before I could scream “are you out of your mind”, we’re on the ferry home with a snake in a pail. The kids have already named it Mrs. Slithers.

Telling myself “hysteria” was a poor example for the kids, I made myself scarce as my husband set Mrs. Slithers up in an old aquarium. I even took the high ground when he assured me it couldn’t get out, and I was being silly. I didn’t “freak out” in front of the kids, I didn’t tell him he could deal with house spiders from now on, I even attempted interest. The next day Mrs. Slithers had 11 babies.

Kids love playing with baby snakes – kids love having all their friends over to play with baby snakes. Within a few days we were down to 7 or 8 babies. Attempts to convince myself the missing snakes were outside lasted about as long as a snowball in July. It was time for the Slithers family to move out – we made a day out of delivering them to the shore of Beaver Lake in Stanley Park.

What is it about phobias that make us lose our minds? Why is it that we trivialize the phobia of others as “silly”? Some studies suggest we are programmed to fear spiders and snakes as they could cause harm, while others contend these phobias are a learned behaviour – passed on by phobic parents. I grew up in a place where we were taught from a early age to watch out for rattlesnakes and black widow spiders yet snakes are the only thing that makes my skin crawl. When I think about it – I can’t come up with a single person I know who fears both snakes and spiders. Go figure.

I spotted Black Widow spiders number six and seven in my laundry room. One through five appeared last summer. I managed to wrangle most of them, unfortunately six and seven eluded capture. This is not good. Laundry is in the basement, fingers crossed black widows like basements.

Growing up in rural B.C. we were taught to be on the lookout for two things – rattlesnakes and black widow spiders. Not once did I encounter either. Here I am 40 years later, encased in urban sprawl with black widows everywhere. Hard to call it surprising – I never saw a coyote, skunk, or raccoon either, and all of them are regular occurrences in my city yard.

This leads me to ponder evolution and adaptation of species. Why my house in the middle of a city is besieged by an infestation of spiders remains unanswered. Not just any spider, but black widows with potential to deliver a very bad day. Spiders that are supposed to reside in a climate far different than rainy Vancouver. I guess my dry basement offers  warm haven – small comfort in the face of possible flesh eating bites.

It could be worse; the bite of a black widow won’t kill you, only melt your flesh. If Brown Recluse were the problem, I’d be packing my bags instead of writing. All the same, I’d like them to move out – seven black widows in less than a year doesn’t make me happy. 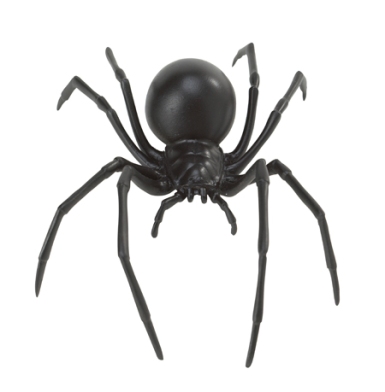