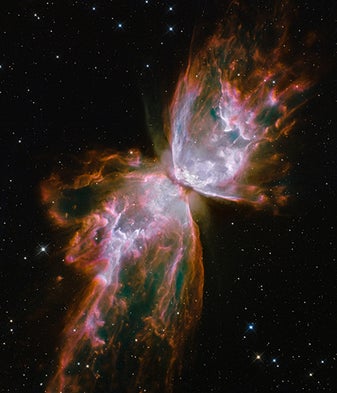 More troublesome than fretting over a briefly comatose Hubble, is news of Kepler’s demise. Launched in 2009, Kepler searched for alien worlds using the “transit method” ( identifying exoplanets by recognizing diminished light when planets pass in front of their Sun ). Of 3,800 confirmed exoplanets known to date, 70% were discovered by Kepler. Ponder – https://www.space.com/21172-greatest-alien-planet-discoveries-nasa-kepler.html

Science always knew Kepler’s fuel would run dry. Confirmation of Kepler’s passing wasn’t unexpected. That said, in my heart of hearts I imagined a period of remission. RIP Kepler, you served humanity well.

January 9, 2017 marks the 25th anniversary of Exoplanet discovery. On this day in 1992 the science journal Nature published a paper by astronomers Alex Wolszczan and Dale Frail detailing first confirmation of planets orbiting a star beyond our solar system. That star was a pulsar, 2300 light years away in the constellation Virgo, known as PSR B127+12. Pulsars are maelstroms of fast spinning highly magnetized solar remnants created when mass at the moment of supernova isn’t enough to make a black hole. Instead the outer layer blasts to oblivion, leaving an inner core of dense material exerting unimaginable gravitational force. Spinning countless times per second, those maintaining angular momentum become pulsars – distinguished by intense beams of radio emissions several times a second, similar to a lighthouse beacon.

At Arecibo Observatory in Puerto Rico Frail and Wolszczan witnessed regular dimming of the pulsar beacon, split second interruptions caused by orbiting planets. Two planets, PSR1257+12b (orbiting once every 66 days) and PSR1257+12c (one orbit every 98 days) became our first proven exoplanets. In 1994 they discovered PSR1257+12d, a tiny third exoplanet orbiting once every 25 days.

In 2015 the International Astronomical Union sponsored a Name Exoworlds contest, 12b, c and d became Draugr, Poltergeist and Phobetor. In 2009 NASA launched the Kepler Space Telescope using the same method of light interruption to detect planetary orbits. To date Kepler has identified 2330 of the over 3500 confirmed exoplanets. Happy exoplanet anniversary, 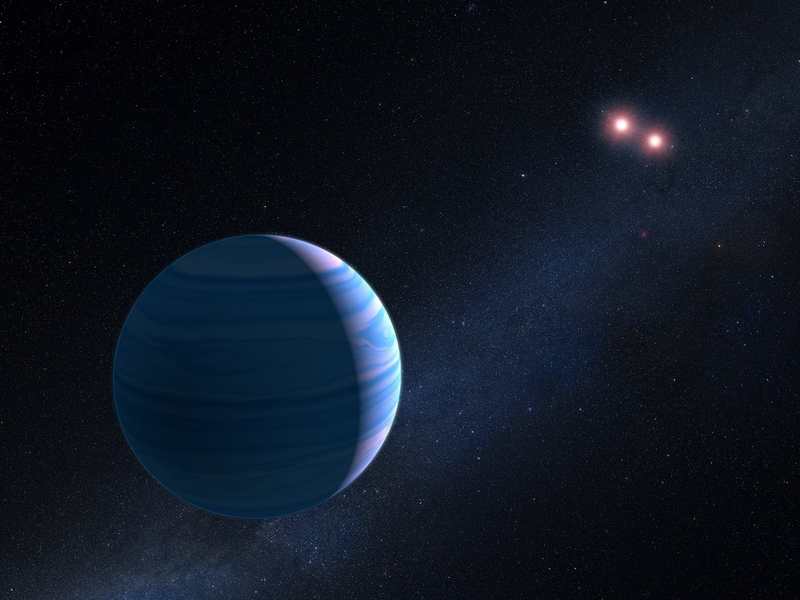 In 2004 science revealed 55 Cancri e, an exoplanet (planet orbiting a star outside our solar system) whose mass was primarily diamonds. http://www.space.com/18011-super-earth-planet-diamond-world.html This week, analysis of data from NASA satellite Kepler tells of HAT-P-7b, a gas giant 40% larger than Jupiter whose blustery upper atmosphere storms with ruby and sapphire wind.

Tidally locked, the same side of HAT-P-7b always faces a behemoth sun,  completing an orbit every every 2.2 days with day side surface  temperatures exceeding 3,500 degrees Fahrenheit. Analysis of extreme temperature variation between day and night sides of HAT-P-7b led to publication of the first exoplanet weather report, a forecast that includes upper atmosphere winds of ruby and sapphire.

“These results show that strong winds circle the planet, transporting clouds from the night side to the day side,” he said. “The winds change speed dramatically, leading to huge cloud formations building up, then dying away.”

And those clouds are almost certainly unlike anything here on Earth, the researchers added: Modeling work suggests that HAT-P-7b’s clouds are composed at least partially of corundum, the mineral that forms sapphires and rubies.”

Astronomers at University of Warwick in Coventry, England have detected evidence of the weather on a giant exoplanet outside our solar system. And not just any other weather; the scientists suspect that clouds on the exoplanet are made with corundum, a rock-forming mineral that forms sapphire and ruby.
(Photo : Hulton Archive/Getty Images)

“Exo” means outer or outside, Exoplanet is the name given planets orbiting stars beyond our solar system.  Since 1919, the International Astronomical Union (IAU) has been the official “namer” of space objects. In a press release issued July 9, the IAU announced a contest in partnership with Zooniverse (will link below), to name 305 Exoplanets discovered before 2008.

Starting is September of this year, Astronomy Clubs and non-profit organizations will be able to register as participants in the NameExoWorlds contest. By October 2014, registrants will be asked to vote on the stars and clusters they want to name,  narrowing the list down to 20-30 hopefuls.Beginning in December 2014, those registered can submit names and by March 2015, the public can vote for their favorites.

I want in on this, voting after the fact is unacceptable. Consider this official notice of the Notes International Astronomy Club. I invite and encourage additional members to join me – my club house has plenty of room and we have Exoplanets to name.