Within a heartbeat of California legalizing marijuana, attorney general Jeff Sessions rescinded Obama administration sentiment to stay out of pot friendly state law. Sessions put America on notice, federal law trumps state fancy – federal prosecutors have been instructed to replace hands-off State decriminalization of pot with an aggressive approach to prioritizing resources in a crack down of possession, cultivation and distribution of marijuana in states were it is legalized.

A ponder was born – why now, why California, has Trump been extra naughty prompting another pathetic news bomb diversion? Then it hit me – duh! American for profit prisons are tossing a fit, a raging tantrum punctuated with threats of dwindling campaign contributions.

Major players in the for profit prison industry are GEO Group and Corrections Corporation of America ( CCA ). In 2014, CCA wrote in their annual shareholders report –

“The demand for our facilities and services could be adversely affected by the relaxation of enforcement efforts, leniency in conviction or parole standards and sentencing practices or through the decriminalization of certain activities that are currently proscribed by our criminal laws. For instance, any changes with respect to drugs and controlled substances or illegal immigration could affect the number of persons arrested, convicted, and sentenced, thereby potentially reducing demand for correctional facilities to house them. … Legislation has been proposed in numerous jurisdictions that could lower minimum sentences for some non-violent crimes and make more inmates eligible for early release based on good behavior.”

GEO and CCA report a combined annual income of more the $3 billion. For profit incarceration contracts stipulate local and state government maintain a minimum occupancy of inmates (typically 90%) or taxpayers  pay for empty beds.Contracts of 3 private prisons in Arizona demand 100% occupancy. Sweet deal that goes a long way toward explaining why America has more prisoners per capita than any nation in the world. Hardly surprising that over 75% of inmates are jailed on drug charges.

So what do for profit prisons do with contractually guaranteed inmates? Rehabilitation, education? Hell no. Try forced labour under contract with Federal Prison Industries ( aka UNICOR ), a government owned corporation who in 2015 reported total salaries paid to all inmates combined $33,538 , and annual profits from textile, agriculture and manufacturing $558 million, up $90 million from the previous year. Check out this link – http://all-that-is-interesting.com/private-prisons-us-stats

Make no mistake, American profiteers demand an uninterrupted supply of marijuana possession felons to satisfy their bottom line. Legalization of pot threatens to decimate profitable chain gangs. America is anything but a great nation. 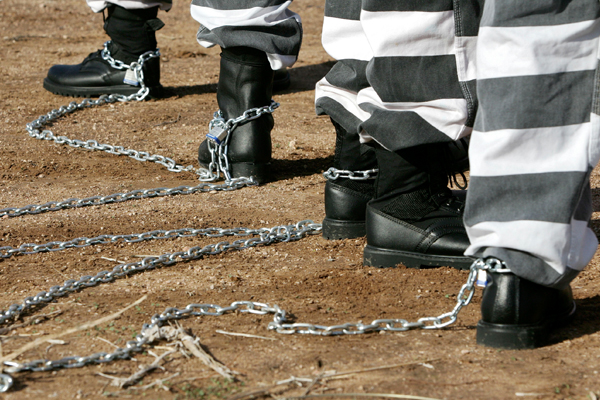