This morning Canada woke to news of a nation without Gord Downie, tonight our hearts fly at half mast.

Tears ran down Justin Trudeau’s face as he said goodbye to “Canada’s friend”. Speaking not as politician, but a man who understood and shared the collective sorrow of a nation.

Others can write biographical paragraphs detailing Tragically Hip front man Gord Downie’s life. Tonight, all I can do is watch and listen to an undeniable presence in Canadian music history. Starting softly with Ahead By A Century, then Bobcaygeon –

Eventually finding my way to Tragically Hip performing Grace, Too at Woodstock 1999. Love it, hate it, get it or don’t – know this clip epitomizes Gord Downie – poet, performer, unabashed storyteller, improvisational wizard, musical savant and embodiment of Canadian grace. Tonight Gord Downie walks among the stars, his constellation will shine for eternity. 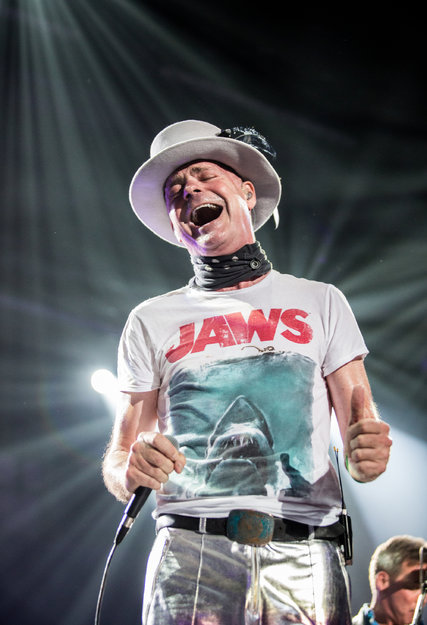 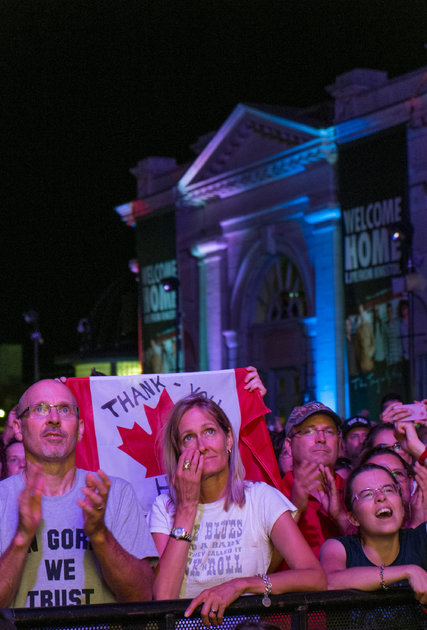