On August 5, 2011 NASA’s Juno mission left Earth orbit, destination Jupiter. The farthest space probe ever to be powered by solar arrays, Juno arrived in orbit around Jupiter on July 4, 2016. Every 53 days Juno completes one orbit of Jupiter. Close orbital passes are called perijoves, from the Greek word peri which means near. Images from Juno’s latest close approach, ( perijove 25 completed on February 27, 2020 ) were made public this week by NASA. 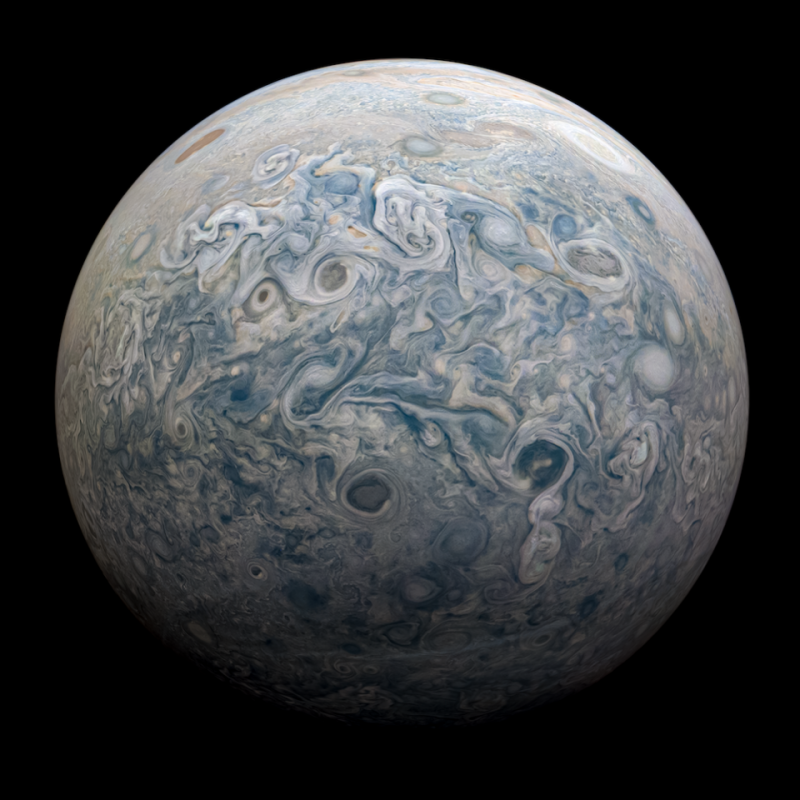 Jupiter at mid-northern latitudes as seen by Juno during Perijove 25. The small, round, swirly spots are storms in Jupiter’s atmosphere. Image via NASA/ JPL-Caltech/ SwRI/ MSSS/ Kevin M. Gill.

And now, a word from Juno at Jupiter 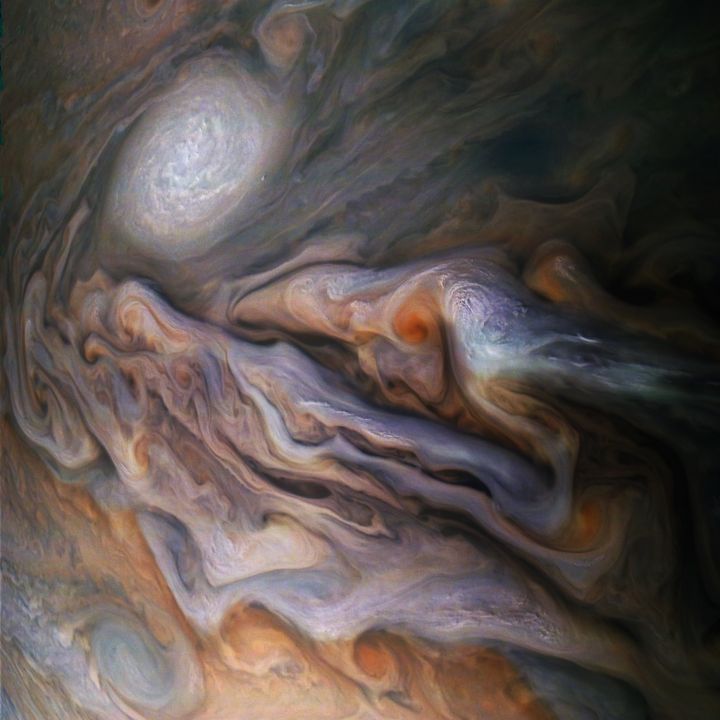 Citizen scientists Gerald Eichstädt and Seán Doran created this color-enhanced image using data from the spacecraft’s JunoCam imager. JunoCam’s raw images are available for the public to peruse and to process into image products here.

Pondering the enormity of JUNO’s successful decent into orbit around Jupiter, my friend said it best –

“I’m spellbound!    A man made machine is in orbit around Jupiter.  Galileo is watching.  No religion, no politics, no hatred on Jupiter. How strange and how vast is the range of human endeavor.   A group of people are making history and are about to add volumes to the sum of our knowledge   – and another human is anxiously awaiting  …. and almost begging a cat to go and have a shit!”