“Mad” Mike Hughes – science denier, flat Earth poster boy, daredevil, adrenaline junkie, scrap yard tinkerer, unflappable inventor – had every intention of launching himself in a homemade rocket a mile across the Mojave Desert at 500 mph between 2 and 3 pm this afternoon. Ever the optimist, Mike persevered when his modified motorhome launchpad broke down in the driveway, sadly fate had other plans. Federal authorities delivered a launch cancelling blow – seems landowner permission to launch a homemade steam powered rocket isn’t enough to satisfy the Bureau of Land Management. Ever the optimist, Hughes isn’t bothered by minor set-backs, he plans to try again next week in a location meeting land management guidelines.

Take a video moment to ponder Mike Hughes, he’s growing on me, in no small part from watching this clip – 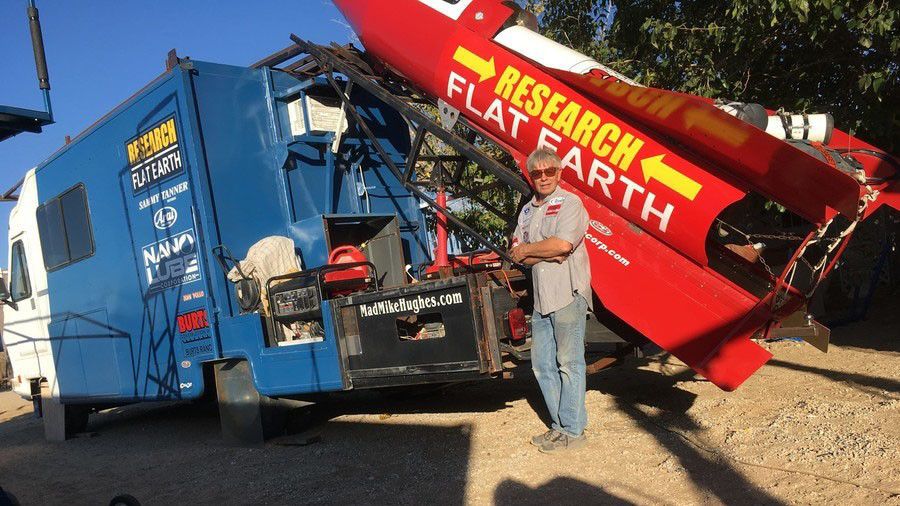