In a Gallup poll taken last year more Americans believed Obama was Muslim than believed in the theory of evolution. Almost half – 47% of Americans polled accepted creationism, (up from 44% in 1982)  while 32% opted for “intelligent design” , the theory that God played a role in the development of man, 78% responded God at least played some part in human development. By political affiliation 58% of Republicans, 41% Democrats, and 39% of independents answered that God made man.

News flash America – Obama is not a Muslim – and even if he was, what possible difference would it make? What if he were a Scientologist, Jehovah Witness, or Buddhist? Scientology enjoys tax free, non profit status in America because you geniuses decided their “free personality test” fulfilled the requirement of a mission. This doesn’t seem to bother you in the slightest, but I suspect pharmaceutical companies would pull out their hair since Scientology claims mental illness is a myth. Maybe Obama could become a Jehovah Witness, he knocks on a lot of doors and might stand a chance of becoming one of the 170,00 chosen to ascend to heaven. I realize a Buddhist Obama is pushing it; Buddha after all was simply a man who searched for kindness, caring, and decency over money, power, and greed.  Mitt Romney is Mormon; that didn’t seem to bother anyone. Nobody got on Romney’s case over the founding father of the Mormon religion – Joseph Smith – being jailed for fraud over a fortune telling scheme gone wrong, having a “vision” when released from jail, then starting a religion believing among other things that dark skinned people were descendants of an evil lost tribe of Israel.

Clearly faith is a matter of opinion, a subject that divides and angers to the point of hatred. If anyone can explain what difference it makes in their lives what others choose to believe, I would be grateful. If anyone could give a single reason why it’s any of their business – I’ll listen.

While this story doesn’t really surprise me, I find it mildly disturbing.

It has been reported that on election night Romney staffers and aids were blind sided with cancelled credit cards when they attempted to pay for their cab rides home after Romney’s loss. It would appear the grapes soured faster than Romney conceded defeat. Without warning the billion dollar election machine ground to a halt. Fair enough – but to not even tell them or offer a taxi voucher? Wow.

The same California high school science class that launched “space chicken” – a rubber chicken fitted with sensors, sent to the edge of our atmosphere to measure solar radiation – sent Obama to the brink of space after his re-election.

A comforting thought. Thank you students of Bishop, California.

It was hard to wipe the smile off my face after the results of tonight’s election. I was prepared to cry when Obama spoke. Remembering the emotion of America’s last election, I soon understood why it was different this time. Mr. Obama – you are no longer the first black president, you are president of the United States of America.

The people have spoken. Listen up, throw caution to the wind, and make a difference. You’ve already beaten the odds. We all know you have so much more to accomplish. The race card is gone, we’ve seen your birth certificate, the debate about the last administration is moot because now it is yours.

The next four years may be the fight of your life, but you have nothing to prove and everything to gain. Its time to be presidential.

I won’t even try to disguise this post as anything other than another gentle wake up call for America. At the risk of coming across like Michael Moore, I ponder what it will take for you to wake up? The spending on this election could finance a small country. At what point did you lose your way? If you aren’t bothered by an election and political system sold to the highest bidder, fair enough. Knock yourselves out, obviously I don’t understand what it is to be American.

Being the good neighbour that I am – may I at least offer you a window into another option?

In Canada contributions to political parties are capped at $1,200.00. Furthermore, it is illegal for unions or business to contribute anything. A candidate may only spend $1000.00 of his own money on his campaign, and a cash contribution may not exceed $20.00.

I realize it may be difficult to comprehend such a pittance. I understand that the concept of financial influence not being tolerated may come across as “quaint” or un- American. I assure you, we get the job done in a timely fashion. We may not be happy with the results yet sleep well at night knowing it was a democratic process. 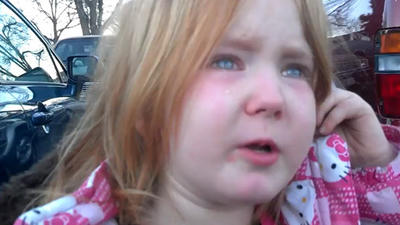