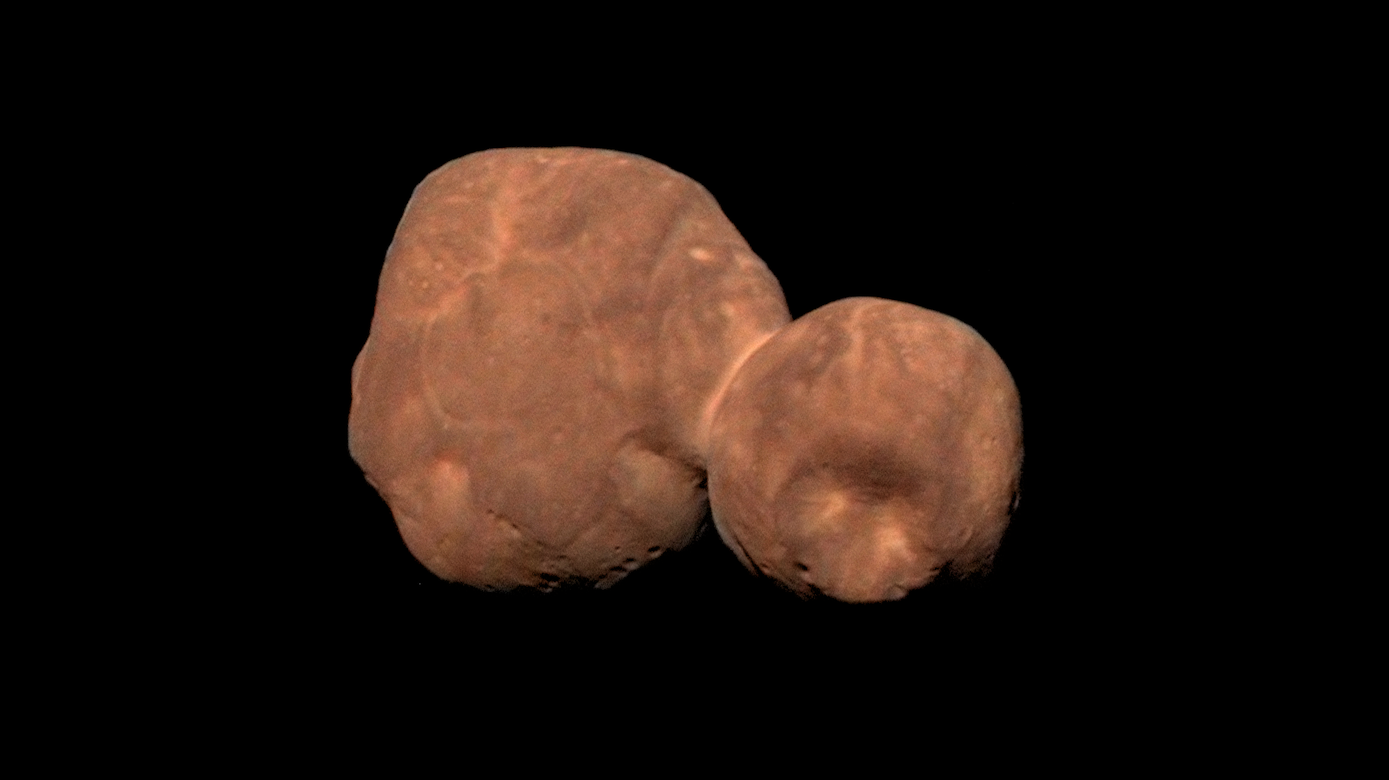 Viewed from the side, the disk looks brighter on the left than it does on the right. Glowing gas on the left side of the disk moves toward us so fast that the effects of Einstein’s relativity give it a boost in brightness; the opposite happens on the right side, where gas moving away us becomes slightly dimmer. This asymmetry disappears when we see the disk exactly face on because, from that perspective, none of the material is moving along our line of sight.

Closest to the black hole, the gravitational light-bending becomes so excessive that we can see the underside of the disk as a bright ring of light seemingly outlining the black hole. This so-called “photon ring” is composed of multiple rings, which grow progressively fainter and thinner, from light that has circled the black hole two, three, or even more times before escaping to reach our eyes. Because the black hole modeled in this visualization is spherical, the photon ring looks nearly circular and identical from any viewing angle. Inside the photon ring is the black hole’s shadow, an area roughly twice the size of the event horizon — its point of no return.

“Simulations and movies like these really help us visualize what Einstein meant when he said that gravity warps the fabric of space and time,” Jeremy Schnittman, who created the images at NASA’s Goddard Space Flight Center in Greenbelt, Maryland, said in a statement.

Click in to see more angles. | The black hole is seen nearly edgewise in this new visualization from NASA. The turbulent disk of gas around the hole takes on a double-humped appearance. The black hole’s extreme gravity alters the paths of light coming from different parts of the disk, producing the warped image. “What we see depends on our viewing angle,” NASA said. Image via NASA’s Goddard Space Flight Center/Jeremy Schnittman.

What will it take to convince fake Moon landing conspiracy theorists otherwise? This video? Point by patient point analysis at the link below? Who am I kidding?

How about this? You can’t do a cover-up on this scale! In a few minutes space history will induct New Years Day 2019 into the cosmic hall of  fame. At 12:33 am EST on January 1, 2019 NASA’s New Horizons probe is tasked with making the farthest close approach fly-by of a space object in human history. Ultima Thule, a tiny Kuiper Belt object no more than 30 kilometers wide is about to be buzzed by the little mission that could. Linked below, a look no more definitive guide to NASA news conferences, live fly-by viewing and mission status.