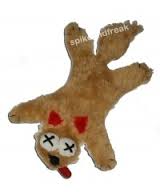 Maybe I’m a little biased, this photograph was taken by my husband. That said, he’s damn good.

Forget travel books and on-line forums, if you want a glimpse of Vancouver, Canada, and dabbles of places in between; click on the link below.

Home again from an all too brief road trip – not so much a ponder, as a travel diary and completed assignment for Mrs. P. Mrs. P is one of my long time wordpress friends; after writing that I was Tofino bound, she sent a message asking me to be her eyes and ears on my trip. Having planned the same trip 30 years ago – circumstance prevented her from leaving the mainland. She made it as far as the ferry terminal; that is where I’ll begin my story.

I could see “that look” cross my husband’s face; the poor man, we had barely pulled away from the dock when I realized my cell phone was still resting on the counter of the coffee shop back at the terminal. On some level, detecting his centre deflate as he braced for my meltdown; yet predictably staying the course to deliver his worst fears, I lost my mind for a few minutes before gaining the practical sense to locate the Chief Steward’s office. It was only after the Steward’s phone call back to the terminal allowed me to breath again, with news my phone had been turned in, that I explained source of my hysterics. He’s always been the photographer, and me the writer, he had no idea I was on assignment with my phone camera destined to be an integral part of my Mrs. P. project. On the same page, and with my dramatic over reaction in perspective he was on board – from that moment on, I called out “Mrs. P” and he took pictures for me.

I thought I could sit down and write this story but find myself overwhelmed with literally thousands of pictures.  To be a window shouldn’t be taken lightly, with that in mind I’m going to ponder my approach for a day so I can do justice to Mrs. P’s lost trip. For the moment; tired, happy, sandy, and a rather unflattering shot of my ass as I peer into a tidal pool, is all I’ve got.

The trouble with middle age is you know too much and there’s not a damn thing you can do about it. I’m not pondering flipping real estate knowledge; I’m talking gut punching, jaw dropping, mind bending reality. I can only speak for myself, it may be of little concern to other 50 some-things. Possibly the “middle-age” ship sailed without me, and I’m wallowing in delusional jelly.

Granted – reality television and media saturation have changed the stereotype of how a middle aged woman is supposed to act. Problematic is the fact that these factors tend to make laughing stock out of “characters” who tread outside comfortable norms. Deviations revolve around botoxed “real housewives” or uneducated divorcees running southern trailer parks. Either way – we laugh at them which isn’t any improvement over June Cleaver in Leave It To Beaver.

Hitting fifty feels like a horribly lousy punch line to a sick joke. I’m not laughing – well maybe a little, and only because irony isn’t lost on me. I’ve figured out that I like myself, have stopped boo-hooing over a childhood that didn’t go my way, stopped acting out because of it, raised three beautiful children, been married over 30 years to an equally off centre man, realized age will never alter who I am, and forgiven myself for being human and making mistakes.

All well and good, but it took 50 years. I have no desire to golf, shop, or have my nails done. I would rather slit my wrists than go on a cruise or all inclusive vacation. I want to be a storm chaser, take road trips (yes – travel great distances by car – off the interstate no less,  with no destination in mind), and dig for fossils. I don’t care about possessions, and would go barefoot year round if only I could get away with it.

I don’t feel middle aged; I feel young and alive – trapped in a fading package, and adrift in society that worships youth and status. Worse still, and weighing heavily on my mind – I’m starting to spend way too much time pondering how things “used to be” I’m becoming that person I rolled my eyes at when I was a kid; that person always saying “when I was your age”

The greatest relief is I don’t give a damn. I’m dancing my ass off to Jonathon Richman singing Pablo Picasso Was Never Called an Asshole, and remembering his concert at the Filmore in San Fransisco, 1982. It makes me happy – middle age can bite, but I won’t hide. Life is far too short.

As trivial as this may sound; the one thing Canadians universally snickered about was weak American beer. I’m not referring to craft beer – I’m talking blue collar, mass produced everyday beer. Years before the micro/craft brew market exploded, Canada drank beer that made American suds laughable. All the slick marketing, merchandise, Super Bowl commercials in the world couldn’t hide the fact – it was weak, tasteless, and inferior to Canadian brews.

I admit, my first experience buying beer in America made me feel like a kid in a candy store. The novelty of liquor displayed in grocery stores at a fraction of Canadian prices was blinding. Young and stretching every penny it seemed a dream come true. At home liquor was only sold in government stores; never open on Sunday, closing at 6 PM except for Friday nights when 9 PM gave us a few extra hours to plan the weekend.

As inexpensive as that beer was we just couldn’t drink it.

The other day I was given a case of Canadian 67. I vaguely remembered a television ad for it; four guys drinking and laughing it up – pleased because it only had 67 calories. Taking a closer look when I got home, I realized why. It was a mere 3% alcohol. I cracked one and nearly gagged. This couldn’t possibly be Canadian beer. Worse than any dishwater American beer, it tasted like the inside of an old drain pipe.

I’m begging you Canada. Have some self respect and stop calling this beer – it’s embarrassing. We’ve come a long way; liquor is available until 11 PM – even on Sundays. Beer parlors are now brew pubs offering up to 30 choices on tap. Beer  is an integral part of Canadian culture; call this travesty beer and we’ll be the ones snickered at.

.
http://www.flickr.com/photos/ace_vancouver/157088087/
Darkness transforms the ordinary, it allows us to view our surroundings in a different light. Things we pass by every day without a sideways glance, busy hubs, our familiar streets – evacuated by darkness,transformed into works of art. Ponder a city at night;  the place to understand its beating heart.