I’ll come clean and admit a guilty pleasure – I’m addicted to television, not just any TV, specifically the History and Discovery channels. My PVR is set to record anything about the universe, ancient history, aliens, or conspiracies. The first two are easy to digest, the last two – not so much. Far from being a conspiracy or alien nut there’s still plenty of thought provoking ponders to sift through.

Ancient Aliens has sent me along the research path countless times. The show becomes tiresome, and I hardly ever make it to the end, but along the way I do pick up questions that are difficult to answer. Not for an instant do I think we are alone in the universe, nor do I believe Hitler escaped in an alien time capsule, the Sasquatch is an alien, or ancient Egyptian and Maya kings travelled through a star gate to distant worlds. I do wonder how precisely cut stone weighing up to 100 tons could be quarried miles away and transported across river valleys to the top of mountain peaks, then set in place so precisely you couldn’t slip a hair between them. It plants a smile on my face to know pyramids in Mexico are lined with Mica quarried 3000 miles away in South America. Rather than alien intervention I believe in lost civilization; I’m certain thousands of years history pre-date our accepted historical timeline.

Conspiracy Theory with Jessie Ventura or Brad Meltzer’s Decoded are way out there. Just the same; I thank them for my knowledge of the Alaska triangle and Bohemian Grove. While reassured that George Patton wasn’t murdered, I’m not buying that copper from the Great Lakes fuelled the Bronze Age or the Knights Templar hid the Holy Grail in America.

Anything you ever wanted to know about the universe is waiting for you on television. Through the Wormhole with Morgan Freeman, The Universe, Known Universe, Cosmic Front – it’s all there. For the first time in my life I “get” string theory, know the difference between White Dwarfs and Red Giants, understand why tossing a cast iron frying pan into the sun would create a super nova, and that one day the universe will run out of hydrogen and go dark. Aftermath and Life After People have shown me what would happen if the world ran out of oil, the earth stopped spinning, we had no moon, or were hit by a massive asteroid.

I fall asleep listening to Monarchy by David Starkey or Neil Oliver’s The World After Stonehenge; something about a British accent that sends me off to sleep. In my corner of the world we have the Knowledge network; commercial free programs like The Story of India, Spice Trails – chronicling the early spice trade, or Brazil with Michael Palin.

Admitting my guilty pleasure is not a source of shame. I’m smart enough to take things with a grain of salt, put them in perspective, or use my research skills to learn more. In all honesty i would be lost without a voice to put me to sleep every night. 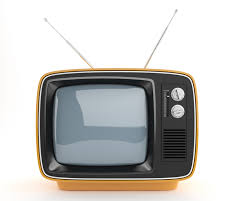 As incredible as it seems, there are things I miss about the 80s. This video says more than I ever could.

A few short months into my blog, well meaning conviction to keep politics and religion out of the mix met its match today. Please forgive my weakness – Ann Coulter appearing on CNN with Piers Morgan tore resolve into a thousand piece. My head exploded and I need help.

Grumpy to begin with, driving home  from work I heard that Meatloaf endorsed Romney. Asking myself what I cared about Meatloaf didn’t help, purely on principle I felt my mood darken.Walked in the door, flicked the television on, unprepared for Ann Coulter’s caustic jibber-jabber. She was defending her use of the word “retard”. Blood pressure rising, attempts to calm myself with thoughts of the upcoming Neil Young concert failed miserably. A brief solitary debate questioned the logic of my rage – not as a Canadian (despite the fact such nonsense would never air in Canada), but as a person grounded in inclusion, sensitivity and common sense, I screamed “you stupid bitch” at the TV screen.

Ann’s use of the “R” word comes from a tweet she made.” I highly approve of Romney’s decision to be kind and gentle to the retard ”

For starters Ann – you couldn’t have been more ignorant or abusive if you tried. In case you didn’t receive the bulletin – in 2010 the U.S. Congress made it law – the words “retard” and “retardation” to be replaced with “intellectual disability” in all health, labour, and education laws. Federal law aside, I ponder what kind of person would defend their position as venomously as you do over simple human decency and compassion. My goodness, what point are you trying to make?

Once upon a time I was able to take all this with a grain of salt. Now a creeping dread invades my world. I may be crazy but have to laugh knowing it was Ann Coulter who broke the camels back.

An episode of I Love Lucy, broadcast into space in 1951, is now over 200 trillion miles from earth.The universe is so vast, it will still take 26,000 years to reach the center of the Milky Way.