I’m not much of a online shopper, but time restraints in early December led to ordering boots online. They were expensive, ordered directly from the manufacturer and arrived promptly. They might have been out of box for two minutes, tried them on, didn’t like the fit, registered a return online, printed a pre-paid return label, dropped them off at UPS a few days later. An effortless process, out of sight, out of mind, not out of pocket another cent.

A few days later my husband mentioned an article he read explaining what actually happens to online returns. Nowhere in internet retailer fine print does it say “returned goods will be incinerated or dumped in a landfill”. My heart sank, grappling with realization I’d unknowingly contributed to a shadowy behemoth environmental calamity.

Roughly 40% of online purchases are returned. In Canada alone, an estimated $46 billion in goods were returned in 2019. That’s a 95% increase in the last five years, a staggering spike resulting in drastic measures. Bottom line – major retailers can’t be bothered to inspect, re-package or return to inventory the mountain of customer returns. To do so would require scores of additional employees, bottom lines deem it cost effective to incinerate or dump most apparel returns in landfills.

Bracketing is common practice of savvy online shoppers – free returns mean buying a small, medium and large, keeping what fits and returning the other two guarantees a garment that fits. How many know returned garments are dumped in landfills?

Upscale retailer Burberry and retail brand H&M admit to incinerating merchandise in order to maintain brand perception. Perish the thought “wrong people” could diminish their brand if clothing was donated to charity. Not only is the practice disturbing, environmental impacts are staggering.

Had I known my ill fitting boots were destined for the dump, chances are I’d have donated them to charity or consigned them to a second hand store. 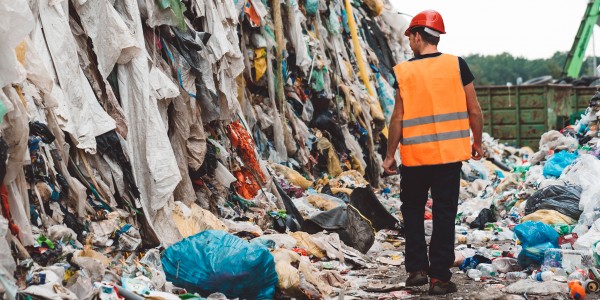