Summer’s invitation to head for the woods prompted this re-post.

Imagine yourself lost in the woods without a compass or GPS. An accurate sense of direction could save your bacon; so which way is north or south? In the Northern Hemisphere the sun rises in the east and sets in the west. At noon the sun will appear in the middle of the horizon and directly south. Walk facing the sun and you will be heading south, sun at your back sees you trudging north. For the Southern Hemisphere simply reverse the process.

Depending on where you live in Canada sales tax varies from 5% Federal Goods and Services Tax (GST) in Alberta (The lone province without provincial sales tax, joining territorial residents of the Yukon, Nunavut and Northwest Territory in provincial tax free bliss ) to a 15% Harmonized Sales Tax (HST) in Nova Scotia. In provinces like Manitoba (8% provincial sales tax – PST) or Saskatchewan with 5% PST, goods and services are taxed at the provincial level followed by the 5% GST (and yes, if you’ve paid attention, that’s tax charged on top of a tax). Ontario, New Brunswick and Newfoundland pay a flat 13% HST. In British Columbia we’re taxed 7% PST followed by 5% GST. So what? Be patient, I’m getting there.

Taxation varies across the land, provincial rates, property tax based on regional assessments or local levies on motor fuel. In Vancouver we pay .15 cents a litre of gas in “transit tax”. Our national constant is GST – regardless of being rolled into a “harmonized” tax or added after provincial tax, the Federal government dictates what is or isn’t taxable goods and services.

Intricacies of GST regulations can be found in the link below – for the sake of brevity, lets focus on basic groceries.In Canada “basic groceries” are tax exempt. Basic refers to supplies of food and beverage for human consumption – essentially products deemed reasonable to sustain life. Edible doesn’t automatically mean tax free – candy, carbonated beverages, snack foods like potato chips are taxed. Consumers are taxed on a single cinnamon bun but not six, likewise a bottle of water but not the case. Tubs of ice cream are considered basic, individually packaged ice cream bars are not. Individual servings of just about everything are taxed (unless marketed for babies). We can buy a tax free chocolate chip bagel but not a chocolate chip cookie. Beer, wine and spirits (as well as beer/wine making kits, grape juice concentrate and de-alcoholized beverages) are subject to taxation. Straying from basic grocery aisles lands you in the realm of befuddling non-essential taxation.

October 16, 2013 Irene Mathyssen (NDP) introduced private member Bill C-282 to Parliament, a proposed amendment to the Excise Tax Act, excluding feminine hygiene products from GST. Private member bills rarely get off the ground – this one was different. Yesterday the Conservatives announced July 1 heralds an end to tampon taxation. However reasonable excluding tampons from GST appears on the surface, I suspect the Conservative government’s moment of clarity stems from this being a election year. I doubt Harper realizes most of his supporters are menopausal. All I can say is it’s about bloody time, who cares why when the outcome makes sense. With that in mind, can anybody tell me why the cherry I plunk in whiskey isn’t taxed, but one covered in chocolate is?

Far too long since sharing a Playing For Change moment. Kick back and grin to Honky Tonk Woman, PFC style.

Science wires reverberate with news of the Large Hadron Collider (LHC) once again accelerating particles following a 2 year hiatus. Catching wind of LHC successfully out of the starting blocks this past Sunday, my initial reaction was “holy crap, that’s fantastic”. Officially LHC shut down in February 2013 for “upgrades” and maintenance in preparation for this week’s curtain – particle collisions at almost double the previous velocity.

In 2013, the Nobel prize in Physics went to Francois Englert and Peter W. Higgs for theories developed in 1964 on how particles acquire mass.

The awarded theory is a central part of the Standard Model of particle physics that describes how the world is constructed. According to the Standard Model, everything, from flowers and people to stars and planets, consists of just a few building blocks: matter particles. These particles are governed by forces mediated by force particles that make sure everything works as it should.

“The entire Standard Model also rests on the existence of a special kind of particle: the Higgs particle. This particle originates from an invisible field that fills up all space. Even when the universe seems empty this field is there. Without it, we would not exist, because it is from contact with the field that particles acquire mass. The theory proposed by Englert and Higgs describes this process.

On 4 July 2012, at the CERN laboratory for particle physics, the theory was confirmed by the discovery of a Higgs particle. CERN’s particle collider, LHC (Large Hadron Collider), is probably the largest and the most complex machine ever constructed by humans. Two research groups of some 3,000 scientists each, ATLAS and CMS, managed to extract the Higgs particle from billions of particle collisions in the LHC.

Even though it is a great achievement to have found the Higgs particle — the missing piece in the Standard Model puzzle — the Standard Model is not the final piece in the cosmic puzzle. One of the reasons for this is that the Standard Model treats certain particles, neutrinos, as being virtually massless, whereas recent studies show that they actually do have mass. Another reason is that the model only describes visible matter, which only accounts for one fifth of all matter in the cosmos. To find the mysterious dark matter is one of the objectives as scientists continue the chase of unknown particles at CERN.”

Back to my “holy crap, fantastic” – recognizing magnitude, does little to solidify that event in accessible terms. I can “holy crap” all week long, “fantastic” would be wrapping a middle aged head around theoretical physics. Toss me a crumb Hadron, you have my undivided attention. Out there somewhere is a merciful person or website  capable of patient baby steps from the Standard Model to ramifications of your greatness.

The last few days, ponders of democracy occupy paths normally open to cavalcades of random thought. My only hope of restoring a comfortable state of meandering contemplation is to “ponder” and move on. Consternation stems from absurd differences between American and Canadian election machines. How is democracy possible if self serving corporations fund elections, or election spending has no limit?

Elections Canada enforces allowable election expenditure and donations. Individual donations are restricted to $1000 a year, per person. Corporate donations are forbidden under any circumstance. Allowable spending for Federal elections follow a strict formula, two sets of calculations based on national and local campaigns. Nationally, parties are allowed .70 cents per registered voter in any riding a candidate is on the ballot – in translation, roughly $21 million for the 3 major parties (not a penny more from start to finish)  Locally candidates are allowed $2.07 for the first 15,000 registered voters. $1.04 for the next 10,000 and .52 cents for remaining voters.

America’s Federal Election Commission (FEC) oversees U.S. election spending. Unraveling intricacies of FEC regulations exceed my patience. Individuals may give $2,600 annually to individual candidates, $30,800 to national party committees, $10,000 to local committees, $5000 to “other” committees and as of a 2014 Supreme Court ruling –  no limit.

“The court’s 88-page decision reflected sharply different visions of the meaning of the First Amendment and the role of government in regulating elections, with the majority deeply skeptical of government efforts to control participation in politics, and the minority saying that such oversight was needed to ensure a functioning democracy.”

“Chief Justice John G. Roberts Jr., writing for four justices in the controlling opinion, said the overall limits could not survive First Amendment scrutiny. “There is no right in our democracy more basic,” he wrote, “than the right to participate in electing our political leaders.”

It’s important to focus on concerns of the minority justices in the decision – “oversight was needed to ensure a functioning democracy”. No shit Sherlock.

How can America bristle at the suggestion it isn’t a democracy? On what planet does a constitutional right to elect politicians translate to unlimited financial manipulation of election results? Is it “American” to mindlessly gobble assertions they live in a free and democratic society? Please tell me how Political Action Committees, sneaky navigation of loop-holes, flagrant special interest sponsorship and unfettered election spending equal fair representation. Do the American people actually believe their system represents “the people”, as in “we the people” and all that jazz.

Canada is far from perfect. Allegations percolate around over spending financial limits during Stephen Harper’s 2008 election run. That said, at least Canada strives for sanity. Canadian elections are swift, regulated and frankly a whole lot more democratic than our neighbors to the south. Why Americans aren’t calling bat shit on a system designed to coddle entitled echelons of society is beyond me.

Summer possibilities tickle senses, with spring poised to concede defeat I have Cuba on my mind.

I’ve been feeling rather grumpy lately, and just figured out why; I have Cuba on my mind. Not the “all-inclusive” this beach could be anywhere in the world Cuba – I need the living, heart pounding, take your breath away Cuba. The Cuba that prompted my son to ask how people with so little could be filled with such joy.

Havana is like no other place I’ve travelled. Evidence of the revolution; images of Lenin and Che Guevara , bullet scars, socialist slogans, and meandering lines of residents waiting patiently outside government stores for state supplied rations of rice, beans, and rum – are nothing more than a small chapter in Cuban history. A 16th century Spanish fort stands guard over Havana’s harbour; the shells of giant sea turtles float in the murky waters surrounding it, centuries old refuse alluding to lavish meals of Spanish rule. Taxi stands filled with…

Last Monday a 45 minute drive delivered us to the Cloverdale Rodeo. Less than an hour from home yet a thousand miles away. 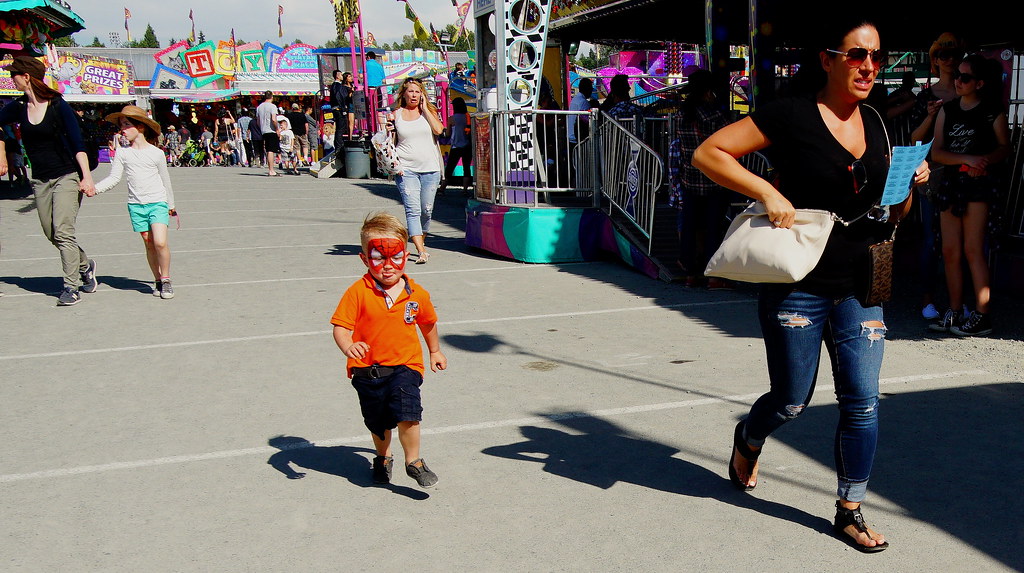 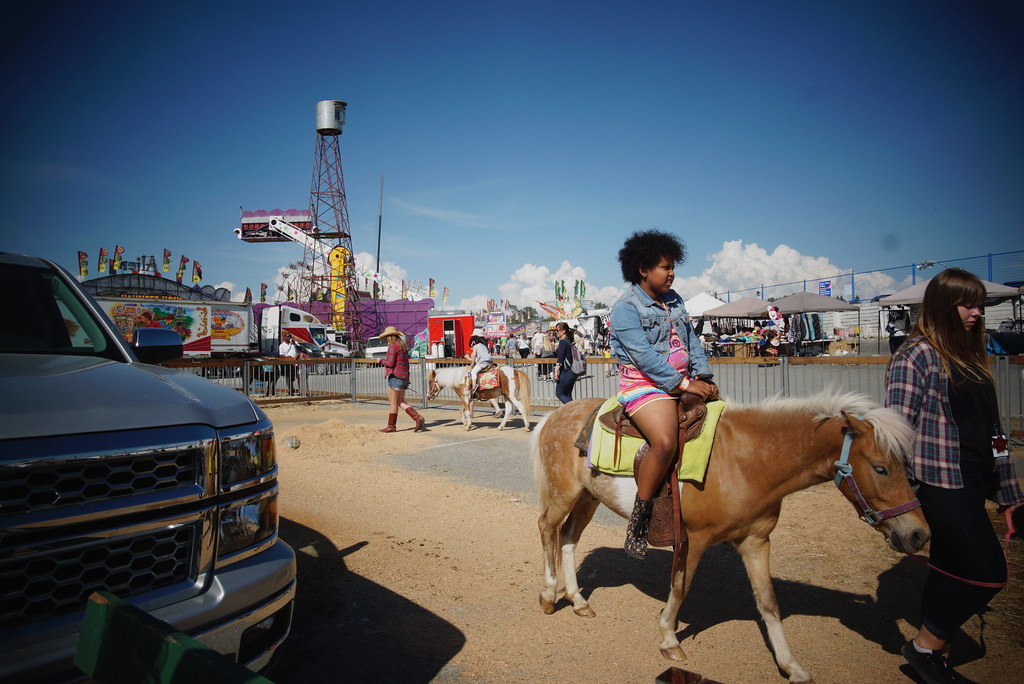 I don’t make a point of watching television talent contests. Flipping through the channels, a chance introduction to Sawyer Fredericks changed all that. Fredericks auditioned for “The Voice”, his presence dictated setting my PVR to record.

Every so often we’re gifted with extraordinary talent, people born for no other purpose than to sing. Sawyer Fredericks is destined to become one of America’s great musical voices.

Take a moment to watch these video clips – ponder the pure joy of Sawyer Fredericks.

Sunday evening strikes me as the perfect time to ponder Vancouver in black and white. All images captured by my husband over the last week.

Octopus are one of those creatures every child knows. Flashcards, picture books, Saturday morning cartoons all utilize caricatures of this salt-water oddity. Few dedicate a moment’s pondering to capabilities of the astoundingly intelligent Octopus.