On April 29th behemoth asteroid 1998 OR2 will make closest approach to Earth at a safe distance of approximately 6 million kilometers. Traveling through the cosmos at 31,320 km/h, 1.8 km wide, 4.1 km long 1998 OR2 reigns as largest near Earth asteroid flyby of the year. There’s no chance of planetary impact and sadly no chance of seeing it without a telescope. Fear not, the Virtual Telescope Project hosts free online viewing starting April 28, 2020.https://www.virtualtelescope.eu/webtv/ 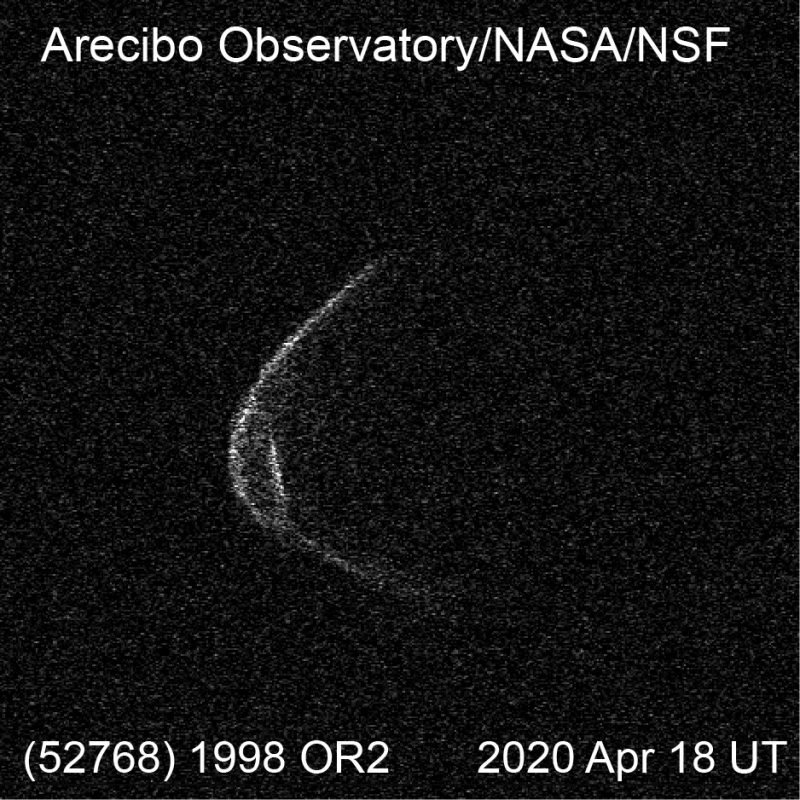 First glimpses of large asteroid due to pass soon

—with that face behind … ithas to be official!

So I still got me title, then~!

Yesterday Google and Apple announced partnership details pertaining to development of a COVID-19 tracking app. When launched, the opt-in platform would use Bluetooth to keep tabs on your whereabouts and interaction with personal contacts. Ostensibly to send email alerts if anyone you’ve had close contact with tests positive for COVID-19. The fine print explains –

“It works a bit like exchanging contact information with everyone you meet, except everything is designed to be anonymous and automatic. Instead of contact info, your smartphone will periodically exchange anonymized tracing keys with nearby devices. Both devices maintain a list of the keys they’ve collected on a cloud server, and when one person reports an infection, they have the option of sending an alert to people they’ve recently been in contact with. That alert will share information for what those people should do next.” From https://www.vox.com/recode/2020/4/10/21216675/apple-google-covid-coronavirus-contact-tracing-app

In a perfect pandemic world, unprecedented solidarity between competing tech giants might be considered admirable. Trouble being, ours is anything but a perfect world and  red flags flap in the wind. Second phase of the Google/Apple partnership involves contact tracking functionality built in to Android and Apple phone operating systems. Excuse me? I urge you to read the link above.

In a new reality void of televised sport rivalry punctuated with play by play commentary, what’s an idle sport commentator to do? Ponder this –