In my heart I understood, only a Canadian could fathom why Harper’s recent CBC bashing led to pondering Dave and Morley. Settling on Dave and Morley made sense – rather than blither over CBC’s exemplary reputation, I had a duty to explain subtle intricacies of Canadian consciousness.

CBC radio defies generalizations – the sum of many parts culminates in a uniquely Canadian treasure. Unbiased investigative journalism, opportunities for aboriginal perspectives, backbone to tackle tough subject matter and honourable attempts to make government accountable might be considered the “meat” of CBC – let me assure you, that meat comes with the silkiest of gravies.

In 1994 CBC listeners were treated to a “summer replacement” program – Vinyl Cafe, hosted by Stuart McLean. No stranger to broadcasting, McLean’s relationship with CBC began in 1979 producing documentaries for the CBC program Sunday Morning. Awarded an ACTRA that same year for Best Radio Documentary (coverage of the Jonestown massacre) McLean became a regular columnist and guest host of CBC’s Morningside. Vinyl Cafe’s summer stint became a platform for McLean, Canada fell in love with Dave and Morley.

Give Vinyl Cafe a listen –

Spaceweather predicts a 60% chance of geomagnetic activity resulting from a Solar Sector Boundary crossing on February 28, 2015. Translation – Auroras. Hence a reblog of my lesson on cosmic magnetism.

Hang on for a lesson in solar dynamics – Earth is experiencing a solar sector boundary crossing. Let me explain….

The sun produces wind (currently 410.9 Km/second) that blasts across the cosmos. Just like Earth, our Sun has a magnetic field – known as the interplanetary magnetic field (IMF).  Whipped into a spiral rotation, wind driven IMF rotates in one direction. It divides into spiral sections pointing to and away from the sun along the ecliptic plane ( a direct line between Earth and the Sun). The edge of this swirling mass has a surface separating polarities of planetary and solar magnetism called the heliosphere current sheet.

Earth’s magnetic field points north at the magnetopause (the point of contact between our magnetosphere and the IMF). If the IMF happens to point south at contact (scientific term, southward Bz) the two fields link causing partial cancellation of Earth’s magnetic field…

There’s no excuse for not adding a sky app to your phone – free, idiot proof tools capable of turning heads upwards with childlike enthusiasm. Embrace unfamiliar cosmic dioramas, dazzle friends and family, enrich your perspective with a sense of wonder, or simply figure out once and for all which one is Jupiter, which one Venus.

Android phone apps have been around longer than anything “i”. My phone has Sky Map, and real time images of the Sun from Solar Dynamics Observatory. Free, reliable android apps linked below

Once upon a time iPhone users were out of luck – linked below, free cosmic apps for iphone or pad.

What are you waiting for?

Taken yesterday on a street in Vancouver – I have nothing to add, this picture speaks a thousand words. 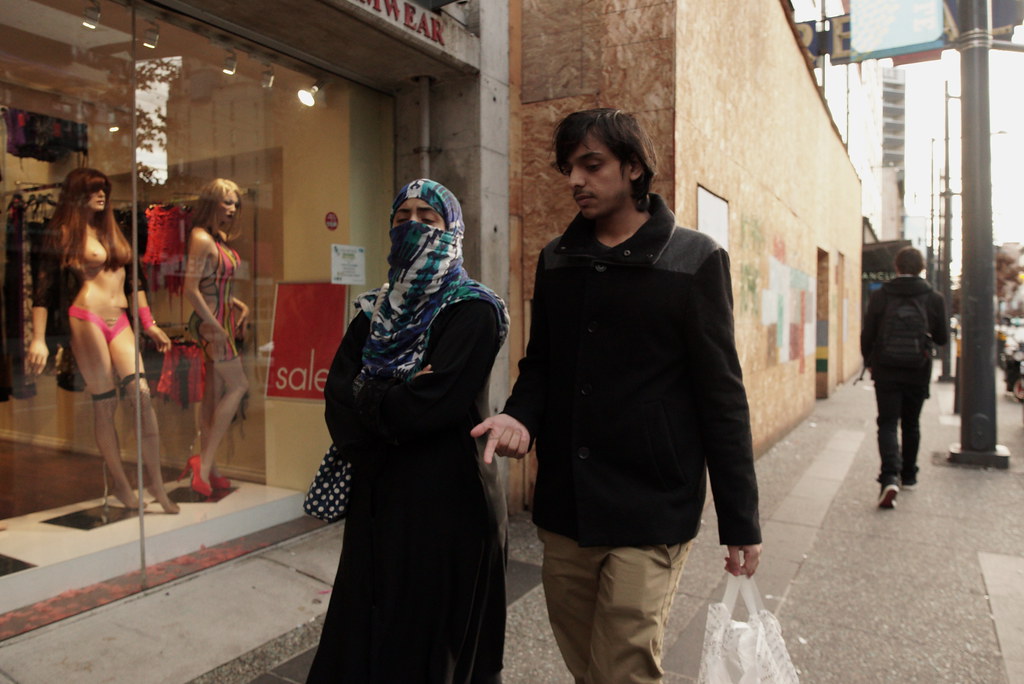 Chinese New Year is a celebration based on ancient mythology. According to legend, Nian – a horrendous blood-thirsty monster appeared on the last day each year, obliterating villages and gobbling up people. A wise elder told villagers Nian could be driven away with loud noises. The people responded with fireworks, setting fire to bamboo and banging drums. Confused and terrified, Nian ran away, hiding in a cave until the next year. Elated villagers woke on the first day of a new year greeting each other with “Guo Nian” – literally “survive the Nian”, commonly known today as “celebrate the new year”.

Arrival of the new year is based on the ancient Chinese calender. Known as  “lunisolar” observance of time,( a combination of solar and lunar progression) a Chinese month follows one lunar cycle. Since a lunar cycle averages 29.5 days, a lunar month is 29-30 days, with 12 lunar months in a year. To catch up with the solar calender of 365.25 days, every few years an extra month is added – the reason Chinese New Year falls anywhere between January 21-February 21.

“The sheep (goat, or ram) is among the animals that people like most. It is gentle and calm. Since ancient times, people have learned to use its fleece to make writing brushes and skin to keep warm. As it is white, people describe delicate and precious white jade to be ‘suet jade’. Thus it is close to the meaning of good things” 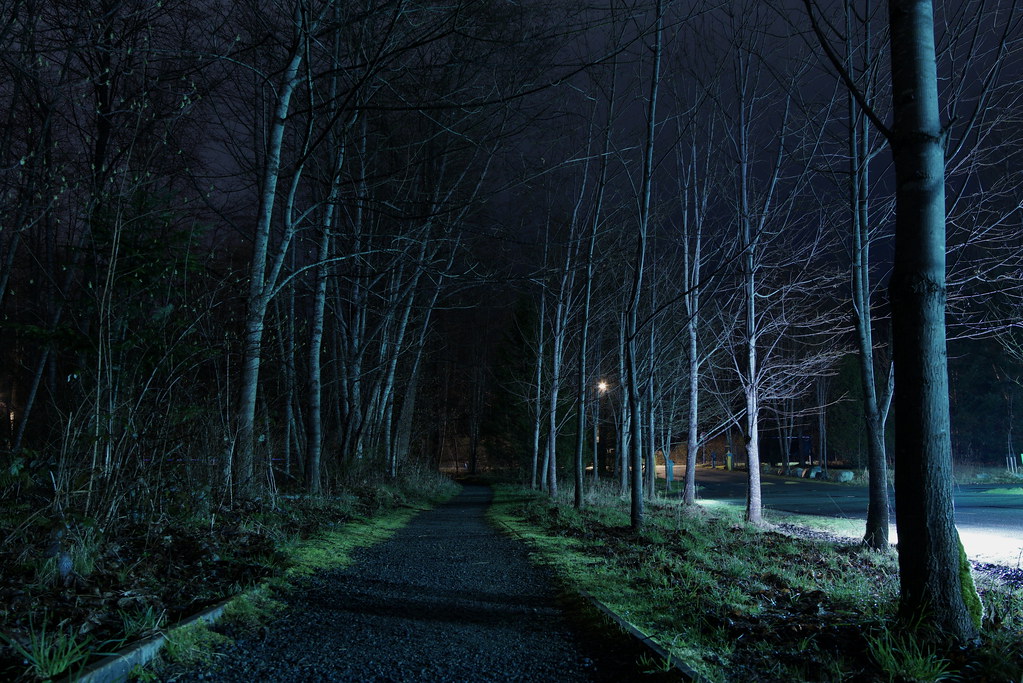 As Stephen Harper puffs, postures, and calculates his run at third term as Canadian Prime Minister, I find myself pondering a very real reality – he might succeed. Harper Conservatives count on the fact young voters don’t show up at the polls. In the 2011 federal election 61.1% of eligible voters marked “X” A look at the graph below illustrates the predominance of older voters, most notably the 66-74 age at 75%. It doesn’t take a statistician to figure out age 18-24  voters with 39% turn-out pulled national average down.

Young Canadians should be ashamed, less than 40% bothered to get off their ass. “Politics are boring”, “none of the candidates are exciting”, “my vote won’t make a difference” , “I forgot it was today” – pitiful excuses for a voice in their future.

Aging Conservative voters will be dead and gone long before Harper’s flagrant disregard kicks Canada in the face. Why young people don’t get this is beyond me. Snap out of your self absorbed little bubble young Canada, wake up and vote to stop Stephen Harper.Post a “selfie” at the polling station if you have to, Tweet, Instagram, social media your voting experience till I gag – just get out and vote.

This is my 800th post – re-posting favorites, linking to most viewed, blowing off steam, polite reflection  – all pondered with equal consideration. 800 expressions of life according to Notes is no small feat. Each one from a place of concern, astonishment, wonder, exuberance, caution, personal experience and honesty. Learning to temper outrage, listen with respect, accept opposing perspectives, admit when I’m wrong, stand my ground, remain optimistic, unapologetic outbursts of cosmic delight, obsession with ancient civilizations – reasons 800 posts led me to where I am today. A better person, a woman who found her voice and friends along the way. People I respect, admire and credit with expanding my horizons.

Ultimately pondering 800 led to Playing For Change. In honour of 800 Notes, listen to PFC- ask yourself what matters, why we should care, and how you can make a difference. What’s Up epitomizes notestoponder.

Employees at Radio Canada (the French language arm of national public broadcaster CBC), spent today scraping jaws off the ground. Stephen Harper accused the lot of being left wing propagandists.  Interviewed on Quebec City radio FM93, Harper exposed another facet of  bat shit mentality. When asked how he planned to convince Quebec residents to vote Conservative (pay attention because of 75 available seats the Conservatives only hold 5), Harper said he doesn’t believe voters in Quebec are predominantly left leaning, asserting most Quebecers approve of his policies.

“I remain convinced that Quebecers are not leftists, contrary to the image conveyed by some media or the opposition parties,” Harper says in the interview.

“I understand that there are many at Radio-Canada who hate these values, but I think that these values are the true values of a large percentage of Quebecers.”

Recently Harper spokesman Carl Vallee wrote, (in response to a documentary aired on CBC exploring links between Evangelical Christian organizations and the Harper government – “it was becoming more and more difficult for (him) not to conclude that (his) worst suspicions about Radio-Canada held true.”

CBC represents the fabric of what it means to be Canadian. I have news for you Mr. Harper – your bone head decision to mess with  CBC is the last straw. Absurd finger pointing, transparent tantrums or attempts to silence the voice of Canada will bite you in the ass.

Convincing myself it was only a matter of time doesn’t ease a simmering annoyance with Mars One. In recent years corporate interest in private space flight surfaced with increasing regularity. Virgin Galactic is attempting private space excursions, talk of mineral exploration, and private trips to the International Space Station are commonplace. Mars One is different – forget funding, practical science, technology or common sense. Mars One inked a reality television deal.

February 16, 2015 Dutch based Mars One announced their list of  “top 100” candidates for a one way ticket to Mars in 2024. NBC television announced a “reality” program to select 24 finalists from 50 men and 50 women destined to establish permanent Martian settlement – a one way ticket with no chance of ever returning to Earth. A peek at Mars One website cemented my suspicion, it was nothing more than opportunistic marketing – mindless fluff aimed at being first to corner an angle.

In this day and age minor details such as funding and probability of success evaporate once “reality” comes knocking. Mars One corporation is officially “non-profit” – ponder that a moment. A non-profit organization announces one way tickets to Mars in a 2013 contest, receives over 200,000 applicants, then announces 100 finalists before the ink is dry on a reality TV series. Feeble encouragement of “donations” suffocate the Mars One site. I like their “Business Model” link – interested corporate sponsors can look at a nifty graph illustrating benefits of Olympic corporate sponsorship. Apparently sponsorship delivers gold medal profits.

It would be tough to find a more fervent supporter of cosmic discovery than myself – harder still to find another as disgusted by Mars One audacity.