I’m taking it upon myself to remind Canadian voters why we need to stop Stephen Harper. Lets call it a polite plea not to overlook Conservative shenanigans simply because they fade from media babble. Tonight I’m pondering Ethical Oil.

What the heck Ethical Oil, why are your panties bunched? Skipping over to Ethical Oil’s website deepens the mystery until a click on “about” reads –

“We at EthicalOil.org encourage people, businesses, and governments to choose Ethical Oil from Canada, its oil sands, and from other liberal democracies. Unlike Conflict Oil from some of the most politically oppressive and environmentally reckless regimes in the world, Ethical Oil is the “fair trade” choice in oil.

Countries that produce Ethical Oil uphold human rights and have high environmental standards. They ensure economic justice and promote peace. By contrast, Conflict Oil countries oppress their citizens and operate in secret with no accountability to voters, the press, or independent judiciaries.

Currently, we still require growing amounts of oil. Businesses, governments, and even YOU have a choice to make: Do we continue to buy Conflict Oil from politically oppressive and environmentally reckless regimes or do we support Ethical Oil that is discovered, produced, and transported responsibly from the Canadian oil sands?”

“many AEI scholars and fellows are or have been directly engaged in practical politics and policymaking as government officials, advisers or members of official commissions.”

Who is AEI, and why should we care about a right wing American think tank? In 2008 AEI offered $10,000 to scientists and economists willing to write studies criticizing the UN Intergovernmental Panel on Climate Change. Exxon-Mobil reportedly contributed $1.6 million in funding, former Exxon-Mobil CEO Lee Raymond was on their Board of Trustees, and David Koch is current co-chair of their National Council.

Back to Canada. In the 2008 federal budget, Harper ear marked $8 million to investigate –

“concerns raised that some charities may not be respecting the rules regarding political activities” and “the extent to which they may be funded by foreign sources.”

What the frack! Let me get this straight – AEI puppet Ethical Oil says jump and Harper asks how high, the CRA targets seven reputable environmental charities and Canadians are expected to politely accept them as “powerful outside interests manipulating our public debate around oil sands development.”

Canada, read the link below before casting a vote on October 19. We have to stop Stephen Harper.

Today, September 28, 2015 will forever stand as the date mankind closed a chapter in space history. All plot twists and dramatic interludes written to this point, upstaged by confirmation of seasonal water flows on Mars. Analysis of images from the Mars Reconnaissance Orbiter confirmed “seasonal dark streaks on Mars” (technically, recurring slope lineae )were the result of moving surface water.

Waxing and waning Martian streaks coincide with the seasons, actively darker and “moving” when temperatures hover between 0 – 30 degrees Fahrenheit, grinding to faded halts in colder weather. Media widely reports “flowing” water on Mars, an image that might conjure notions of rivers or freshwater pools – not so fast. Think along the line of trickles or oozing, no one knows where it comes from – theories range from melting sub-surface ice to salt crystals absorbing water vapor until reaching critical mass, bursting briefly to form muddy striations.

Martian water is so salty, the Dead Sea looks like a pristine mountain spring. Salty enough that temperatures of 21 degrees Fahrenheit (average air temperature on Earth required to form sea ice ) equate to the balmy days of Mars water “flows”.

Flow, trickle, ooze, melt, crystallize, evaporate – I don’t mind, we have water on Mars. Our search for life demanded proof of liquid water, tomorrow we  begin the next chapter.

I’m like a child on Christmas Eve – this evening promises clear skies in Vancouver. Its entirely possible I may howl at the moon.

“So I think there is a different agenda going on in terms of these refugees,” Daniel says in the recording. “Whereas at the same time Saudi Arabia is putting up money for 200 mosques in Germany. So I think the agenda is to try and move as many Muslims into some of these European countries to change those countries in a major way.

“That is something I certainly don’t want to see happening in Canada.”

Holy crap Joe, now you have me pondering. You of all people, a immigrant from Tanzania should understand Canadian multiculturalism and inclusion. Is fear of a hidden Muslim agenda your brainchild or that of the Harper government? Do you speak for Harper’s vision of Canada, a “warrior nation” hell bent on striking fear, suspicion and racial profiling into the fabric of our country? Did you actually think intelligent Canadians would swallow your paranoid propaganda?

The truth is it doesn’t matter how Joe Daniel explains himself, Canada is over Stephen Harper. October 19, 2015 will go down in history as Harper’s strategic defeat, the election voters crossed party lines to achieve a common goal – stop Stephen Harper. If you live in Daniel’s riding of Don Valley, vote Liberal to ensure he doesn’t warm a Parliament seat. For other ridings, click the link below.

Every so often, all of us need a galactic timelapse to ponder.

Not since 1982, or until the year 2033 will you hear super harvest moon eclipse in the same breath. Depending on where you live September 27/28 delivers on all three.

Supermoon alone is nothing remarkable, averaging 4-6 a year the term refers to our moon at perigee (closest point to Earth in a given orbit). Astrologer Richard Nolle coined the phrase in 1979,defining it as..

The September 2015 supermoon falls about an hour after the full moon reaches perigee, at a distance of 356,877 kilometers. Barely two weeks ago at apogee (farthest distance from Earth) on September 14, 406,464 kilometers separated earth from moon. Below- best link to all things supermoon…

Harvest Moon refers to the full moon falling closest to the fall equinox.

Animation of the September 28, 2015, total lunar eclipse. Moon passes through southern half of the Earth’s shadow from west to east. Horizontal yellow line depicts the ecliptic – Earth’s orbital plane projected onto the dome of sky. The inner bull’s-eye shadow depicts the umbra (dark shadow). The penumbra (faint shadow) encircles the umbra.

View larger. | Who will see the September 27-28 lunar eclipse. This diagram from shadowandsubstance.com should help you determine if and how it’s visible from your location. Visit shadowandsubstance for lots more on the eclipse! Thank you, Larry Koehn!

With Canada’s federal election a few weeks away, I ask all Canadians to ponder Harper’s “Fair Elections Act”. We seem to have forgotten this asinine piece of Conservative legislation.

Proposed changes to Canada’s election act have me pondering. Pierre Poilievre, at 34, Canada’s youngest cabinet minister and Minister of State for Democratic Reform is driving “Fair Election” reform through the House of Commons. His motto “sharper teeth, longer reach and a freer hand” is supposed to put Canadians at ease over his plan to squash the authority of Elections Canada and reduce voter fraud.

Call me cynical but I find his timing curious. As support grows for Liberal leader Justin Trudeau – especially among students, minorities, and the poor – what better way to limit their votes while bolstering advantages for the wealthy, than to disallow “vouching” and muzzle Elections Canada.

Vouching  – much as it sounds is a system enabling those without proper ID, or proof of residence to vote.As it stands now, roughly 1% of voters had someone “vouch” for them in the last federal election. For the most part students…

Cereal box toys hailed from a simpler time, testament to the golden era of advertising. Before dial up PCs squealed brave new world, or UPC codes cataloged purchases – cereal box toys were the reason one week it was Shreddies, the next Corn Flakes. Spy rings, Superman figures, and Tony the Tiger were the reason breakfast meant cereal.

For the sake of brevity and enough self respect to spare tedious musings of once upon a time, I’ll skip to the point (with a strong warning to those over 40 – you may throw up in your mouth). Today I learned that General Mills, makers of Cinnamon Toast Crunch cereal have come up with a “selfie spoon”. A what? Hey, come on now, you know what a selfie is! All you have to do is pay for shipping/handling and General Mills will send you a spoon that extends into a 30 inch “selfie stick” so you can take selfies while eating your breakfast cereal. Forget rummaging to the bottom of your cereal box, collecting box tops or entering codes online – apparently we’ve become self obsessed morons.

Marketing genius, or the glint of the nails in mankind’s coffin?

Ponder Pluto up close and personal. A 380 kilometer wide portrait, immortalized on July 14, 2015 by New Horizons at a distance of 18,000 kilometers.

Text below taken from earthsky. –

New Horizons snapped the picture looking back at Pluto about 15 minutes after its closest approach on July 14th. Backlit by the sun, Pluto’s rugged, icy mountains tower over a vast frozen plain extending to the horizon. The backlighting highlights more than a dozen layers of haze in Pluto’s tenuous but distended atmosphere.

The new pictures provide evidence for a remarkably Earth-like “hydrological” cycle on Pluto – but involving soft and exotic ices, including nitrogen, rather than water ice. There are signs of hazes, evaporation, precipitation, and flowing glaciers similar to the frozen streams on the margins of ice caps on Greenland and Antarctica.

While I worked nine days straight, my husband was out photographing Vancouver at night. 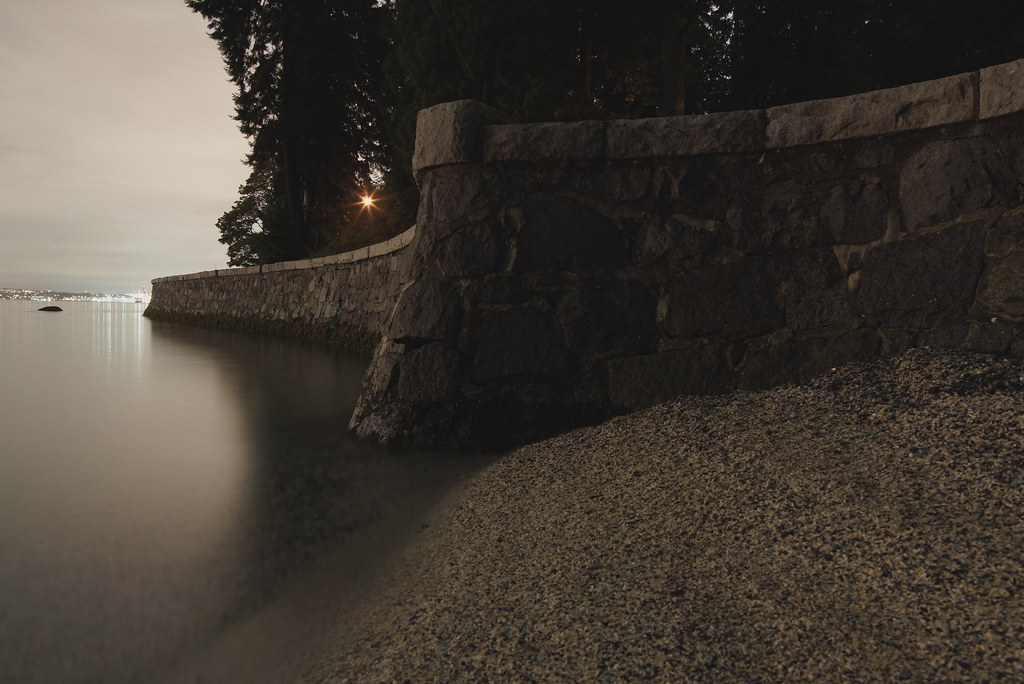 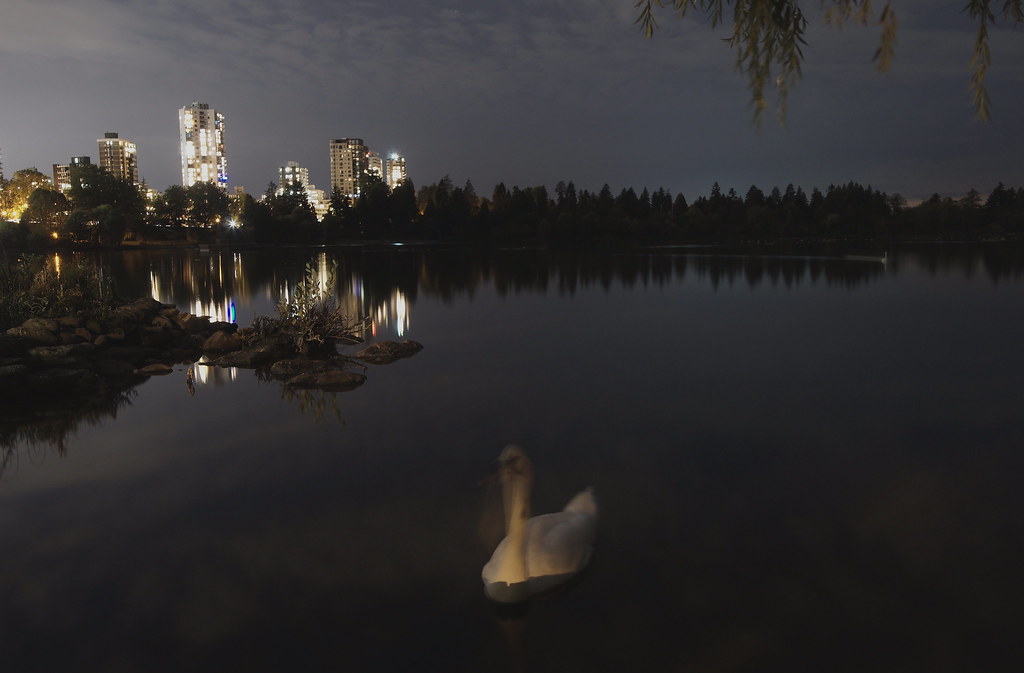 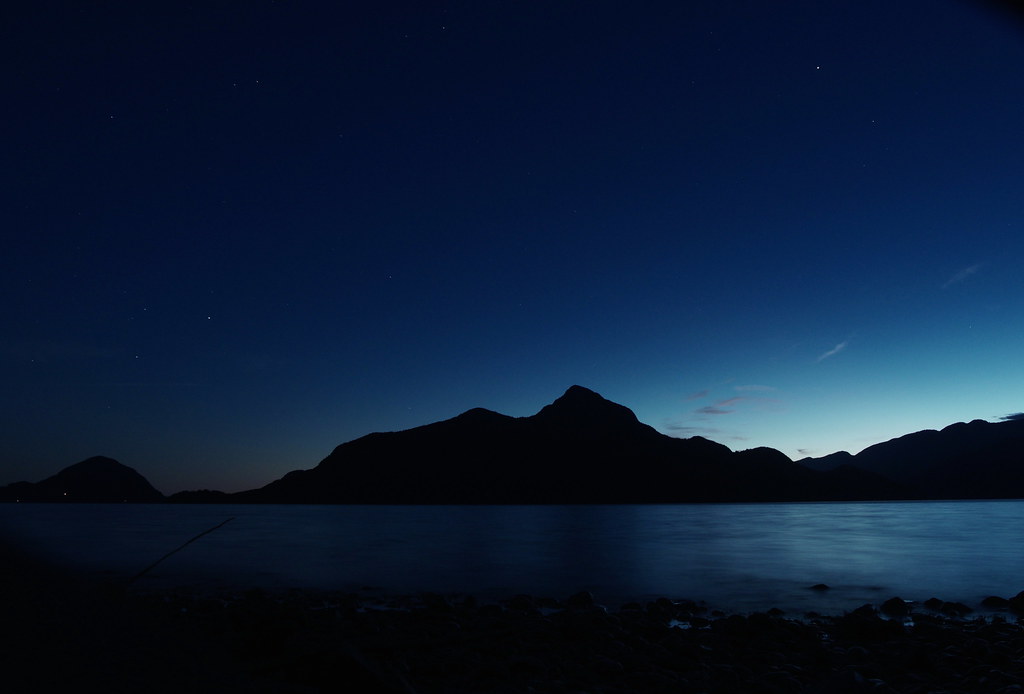 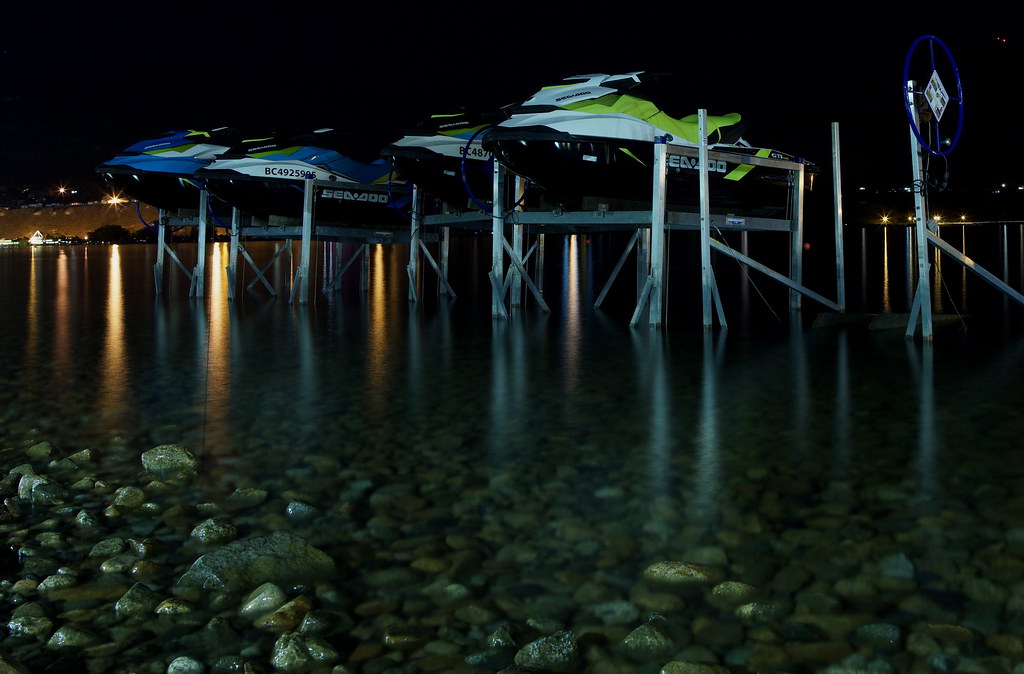 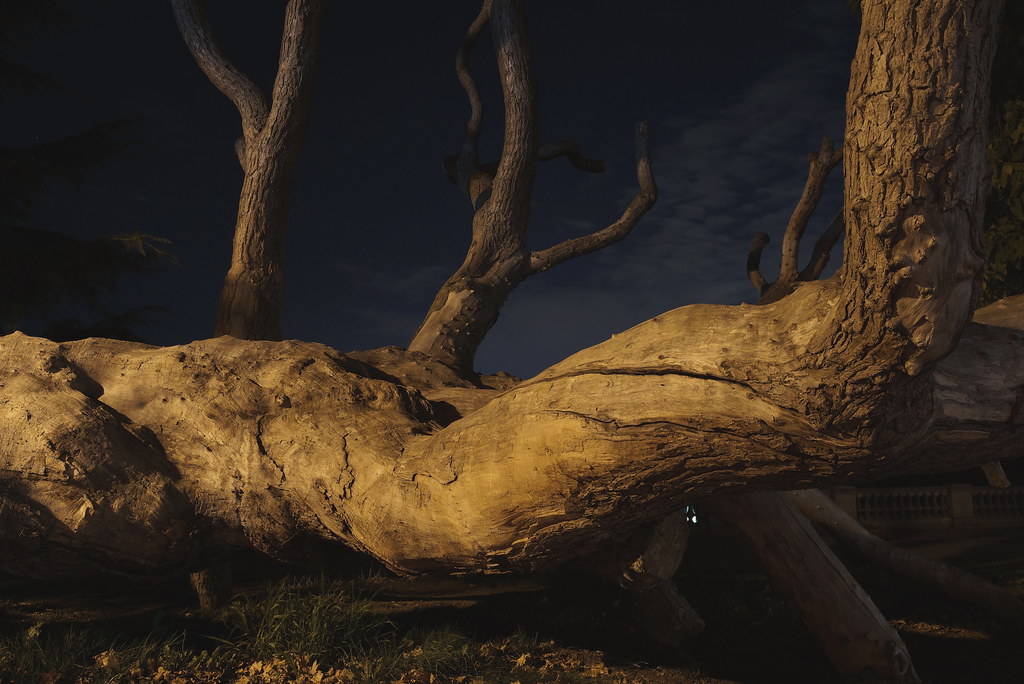