The package waited for my return from work. Climbing the front steps I heard soggy brown protests whimpering in Vancouver rain. No measure of weather beaten packaging could dampen the moment. I scooped it inside, knowing full well my Quora Top Writer 2017 Patagonia jacket had arrived.

Several years ago a friend introduced me to Quora. A few days later I posted https://notestoponder.wordpress.com/2014/10/11/quora/ on this blog. Asking questions that cross my mind, answering others when I have something to contribute, my followers grew to a few hundred. I won’t lie – my top three questions garnering over 5 million views combined, puffed the old chest.

“Congratulations! You’ve been named as a Top Question Writer for 2017.

Quora has chosen you in recognition of your unique contribution to the Quora community. Among the considerations were the consistency, quality, and thoughtfulness of your questions over the last year.”

The message went on to list questions deemed worthy of recognition, conspicuous absence of most viewed questions didn’t help confusion – I have 179 followers, what are you talking about? Mailing a Patagonia jacket, invited to annual conference in New York… Stop! Was I nominated, is this a big Quora deal? Time for a little research.

Launched in 2009, Quora reports 100 million visitors a month, over 40 million users in America alone. In 2012, the first Top Writers were named – that part was easy. Further investigation revealed my soggy brown package was a big deal. A multi faceted conclusion based on Quora’s reluctance to provide recipient stats, abundant chatter indicating annual honorees number between 500-1000 worldwide and scores of  queries on what it takes to be named a Top Writer. None of which matters to anyone but myself, recipient of a soggy brown package confirming I’m a Quora Top Writer.

Trails End by Randy Halverson, a gift of timelapse perfection –

This hastily snapped image of basement widow is dedicated to Ark – https://attaleuntold.wordpress.com/ – the only person I know who appreciates the fact my basement Black Widow spider survived the winter.

Ten times softer than a human tongue, elastic frog tongues store energy like a spring. Hapless prey succumb to tongue lashings five times greater than the force of gravity. Ever the perfectionist, nature wasn’t satisfied with soft frog tongues wired to change shape on contact and retraction with lunch. A dose of good measure insisted on super sticky frog spit.

Sticky frog spit alone is a fathomable concept, why wouldn’t evolution coat a frog’s soft spring loaded whip tongue with adhesive spit? Ah, but this is “super” sticky frog spit and nature likes to show off. Ponder this by Alexis Noel of Georgia Tech, lead researcher of a frog spit study published Feb. 1, 2017 in the Journal of the Royal Society Interface –

“There are actually three phases. When the tongue first hits the insect, the saliva is almost like water and fills all the bug’s crevices. Then, when the tongue snaps back, the saliva changes and becomes more viscous — thicker than honey, actually — gripping the insect for the ride back. The saliva turns watery again when the insect is sheared off inside the mouth.” 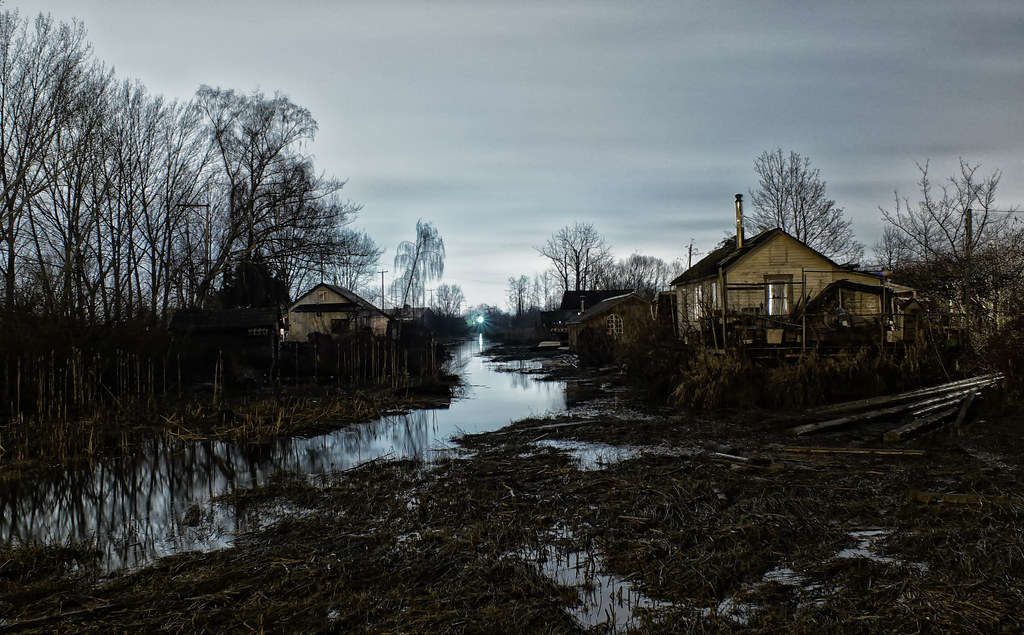 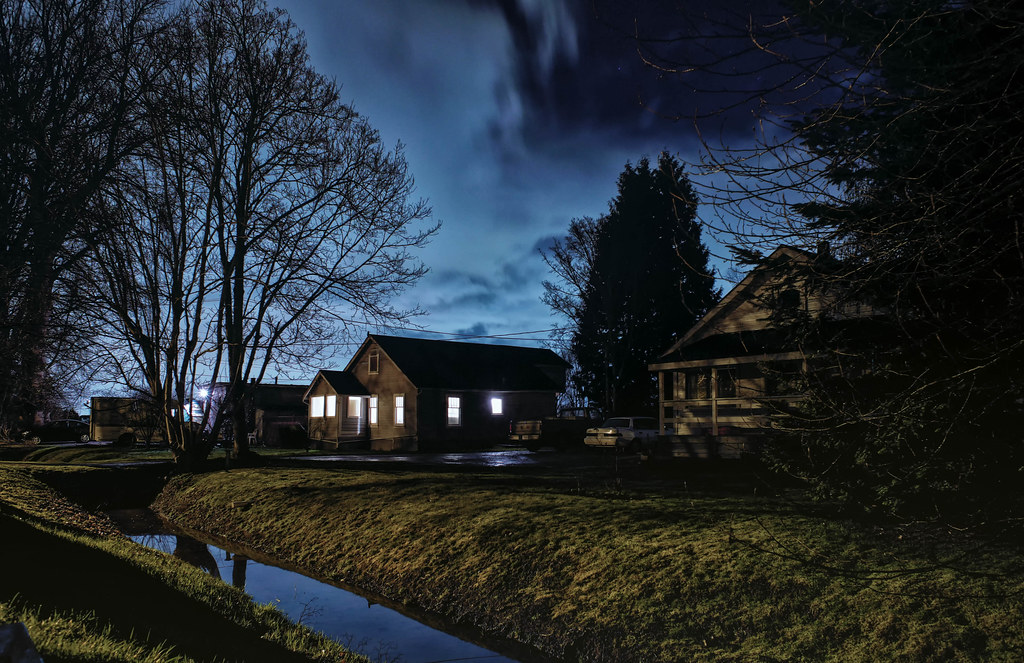 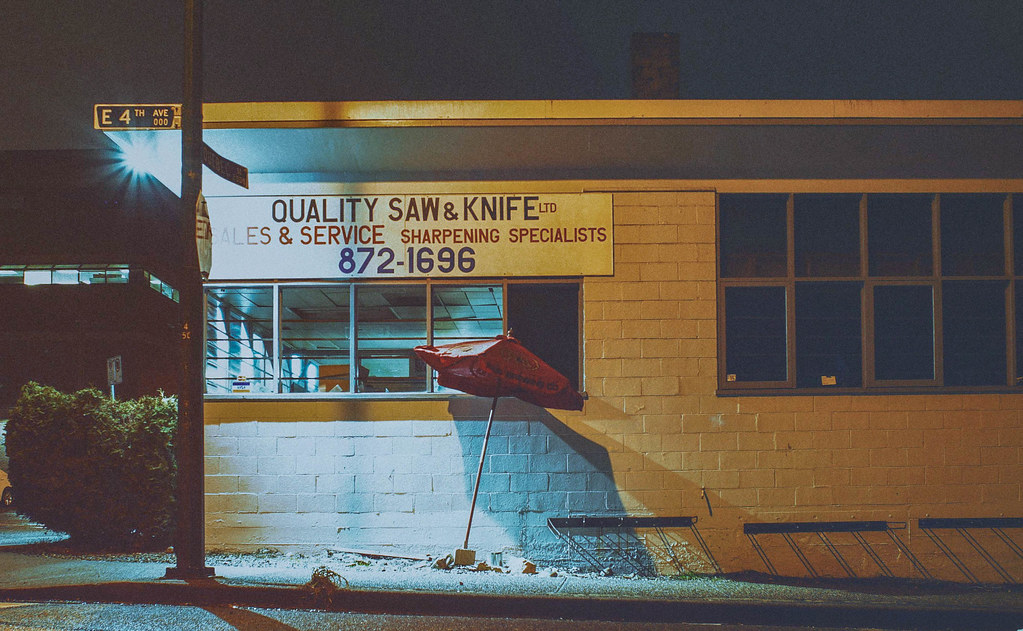 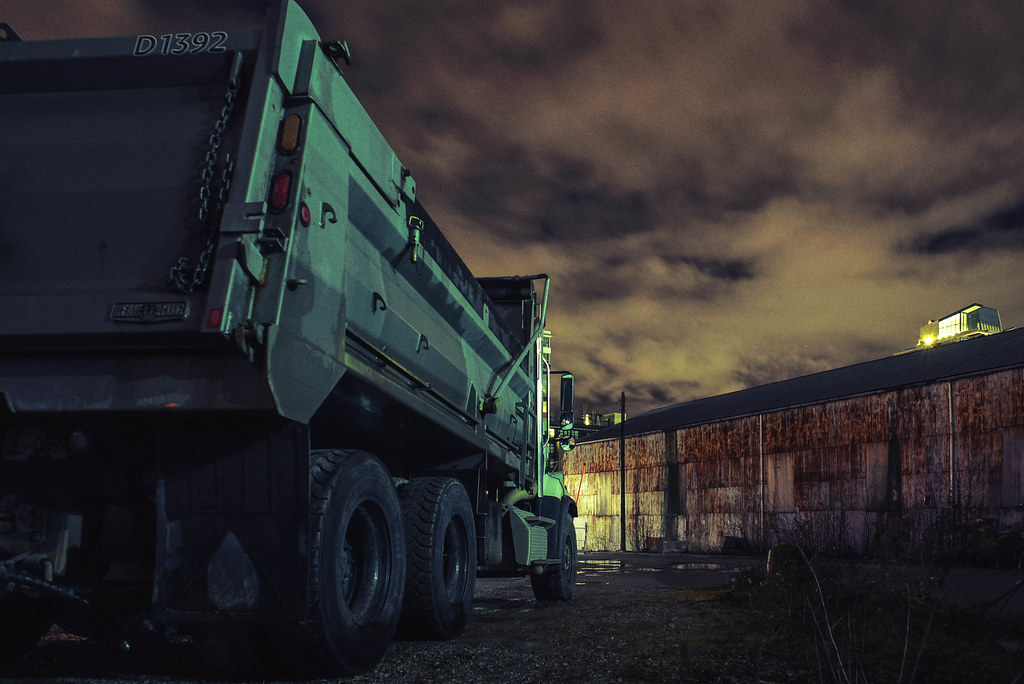 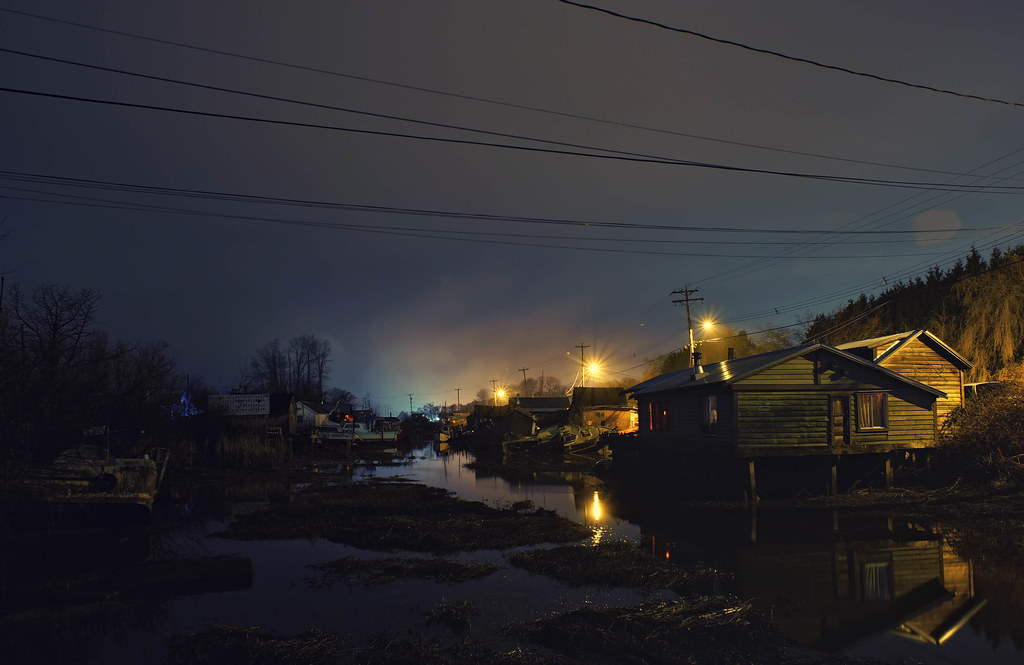 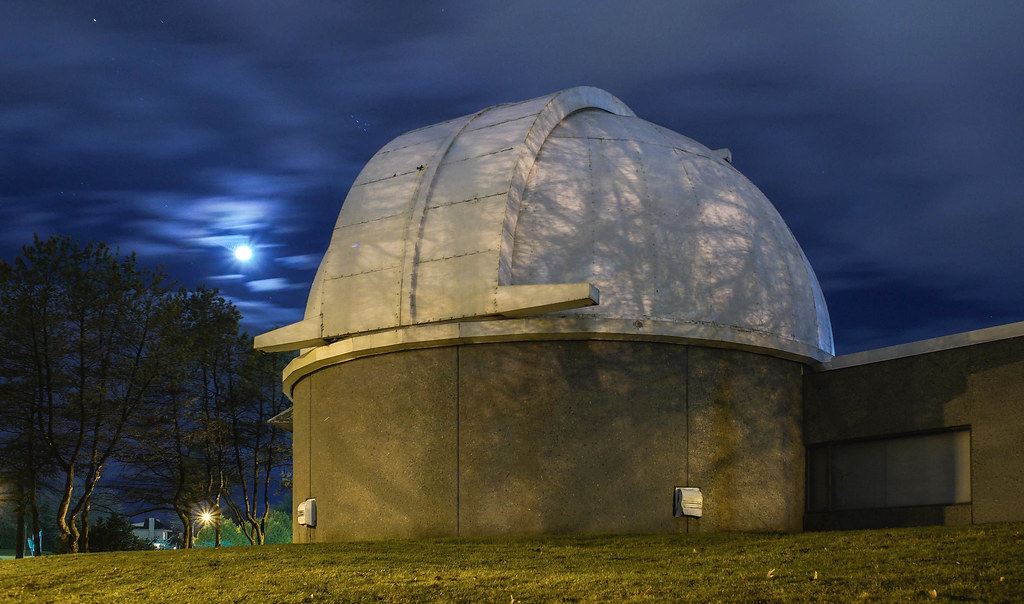 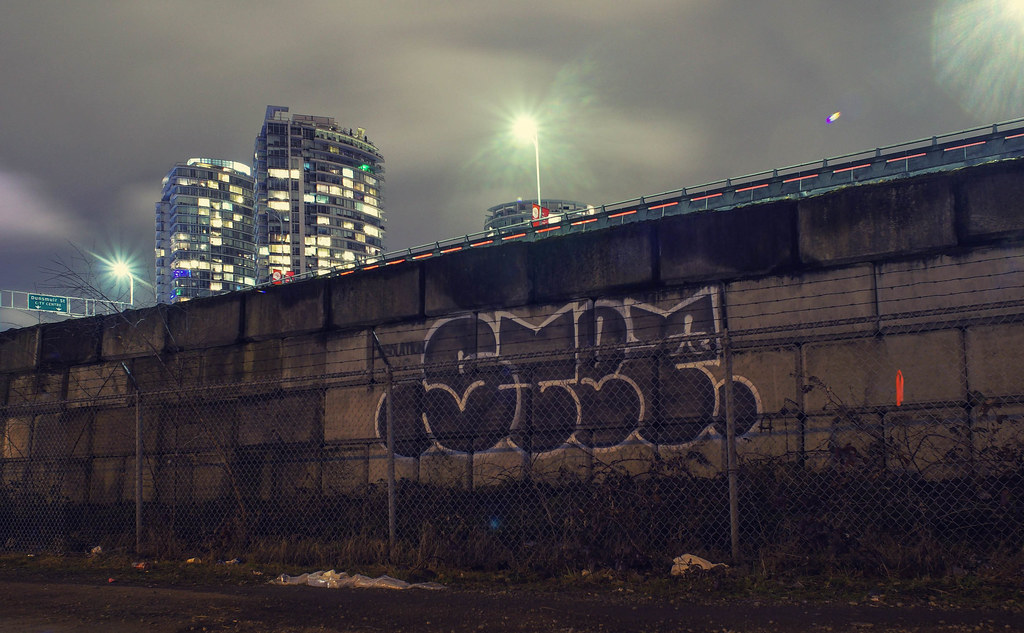 In 2009 the American Museum of Natural History (AMNH) debuted The Known Universe for an exhibit at Rubin Museum of Art in New York City. AMNH and Hayden Planetarium astrophysicists resourced Digital Universe Atlas to produce five and a half minutes capable of unfurling the sternest brow. Our world would be a better place if everyone stopped talking long enough to ponder a space video before bed.

This re-post springs forward from pondering time. At 2 AM my clock screamed 3 AM and I found myself calculating implications of time zone variances for friends and family. Happy Daylight Savings Day 🙂

Named after Pope Gregory XIII, the Gregorian calendar was introduced in 1582 – six years after the death of Luigi Lillio, Italian doctor, astronomer and philosopher credited with conceptualizing replacement of the Julian calendar. Julian, a hail to Julius Caesar, dominated the known world from 45 BC until the Gregorian revolution in 1582.

On average, Earth takes 365 days, 5 hours, 48 minutes and 45 seconds to complete one orbit around the Sun. Julian and Gregorian years are 365 days divided by 12 months. What to do with leftover hours, minutes and seconds – both embraced the leap year solution, vastly different implementation exposed Julian’s greatest flaw. Julian added an extra day to February every 4 years, a system resulting in a mathematical gain of one day every 128 years. That’s 3 days every 400 years, 28 days by the time Gregorian reform took hold in 1582 – close to…

Want the truth about Donald Trump? You’ll find it on Last Week Tonight with John Oliver.

In January 2016 Caltech astronomers publicly theorized existence of a behemoth ninth planet orbiting the Sun.  Observations of orbital anomalies in the Kuiper Belt (a massive ring of cosmic debris extending beyond Neptune – home to once a planet Pluto and estimated 100,000 neighbors measuring over 100 Km ) hypothesized a yet to be discovered gargantuan mass was responsible for peculiar behavior of Kuiper Belt residents. In theory a planetary mass ten times greater than Earth, completes an elongated orbit a thousand times farther from the Sun once every 15-20 thousand years – astronomers dubbed it Planet 9.

This diagram show the orbits of several Kuiper Belt objects that were used to infer the existence of Planet 9. Image via ASU.

If Planet 9 is out there, chances are WISE has digital proof somewhere within those 750 million and counting infrared hits. Missing are enough eyes to systematically scan images for indications an object moves “apart” from surrounding cosmic pixels. Enter Zooniverse Backyard Worlds –

“We need your help searching for new objects at the edges of our solar system. In this project, we’ll ask you to help us distinguish real celestial objects from image artifacts in data from NASA’s Wide-field Infrared Survey Explorer (WISE) mission. The real objects are brown dwarfs and low-mass stars, the Sun’s nearest neighbors. You may find an object closer than Proxima Centauri (the closest star to the Sun) or even discover the Sun’s hypothesized ninth planet, which models suggest might appear in these images.

What are the Sun’s nearest neighbors? You may have heard of Proxima Centauri, the star nearest the sun. But most of the Sun’s nearest neighbors are not stars, but brown dwarfs, balls of gas too big to be called planets but too small to be called stars. We’ve learned by extrapolating from recent discoveries that there is likely a hidden population of brown dwarfs floating by the solar system. This population contains the coldest known brown dwarfs, known as “Y dwarfs,” which are very similar to planets that just don’t orbit other stars. Together, we will try to find these rogue worlds to better understand how both stars and planets form.”

Backyard Worlds needs fresh eyes and plenty of them. Science doesn’t care who you are, what you do or if Kuiper Belt sounds like a foreign language – science needs help. Participants whose efforts lead to discovery will be given full credit. What are you waiting for? Join the search for Planet 9.

A previously cataloged brown dwarf named WISE 0855-0714 shows up as a moving orange dot (upper left) in this loop of WISE images spanning 5 years. By viewing movies like this, anyone can help discover more brown dwarfs or even a 9th planet. Image via ASU/ NASA/WISE.