Ponder a timelapse of the future….

From Adrien Mauduit at the Aurora observatory, Senja Island, Norway on March 17, 2019…

“It all started at around 10:00pm LT. Almost nothing until then when all of a sudden a big band appeared in the south. Around 10:30pm LT, a very nice show happened with some colorful and fast moving coronas.”

Adrien Mauduit is a visionary, an artist who captures the essence of Aurora in mesmerizing detail. Join me in appreciation of his vision by clicking on the link below and following Adrien Mauduit. 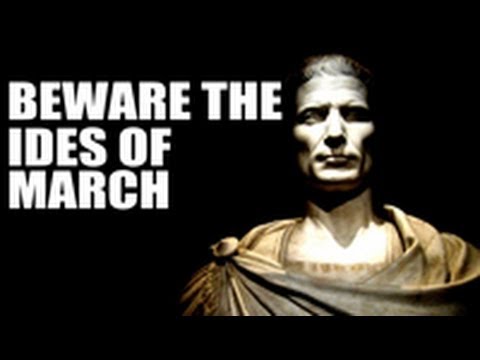 The circumference of a circle, regardless of size is 3.14 times longer than the diameter (distance across). Circumference divided by diameter is a mathematical constant known as Pi. By definition Pi is a mathematical constant because it isn’t changed by the size of numbers it’s used to equate. Pi is irrational, meaning it has an infinite number of digits which never repeat. In 2018 physicist Peter Trueb calculated Pi to 22.4 trillion digits – 22,459,157,718,361 to be precise. Limitless as Pi may be, NASA’s Jet Propulsion Laboratory requires a mere 15 Pi digits to calculate interplanetary travel, mathematician James Grime argues 39 digits is enough to calculate circumference of the known universe. In 1988 physicist Larry Shaw organized the first Pi Day at San Francisco’s Exploratorium science museum on 3.14. In 2009 U.S. Congress officially recognized the fourteenth day of the third month as Pi Day.

Antiquity was no stranger…

“It was absolutely breathtaking to see this ‘flying bulldog’ of an insect that we weren’t sure existed anymore.

To see how beautiful and big the species is in real life, to hear the sound of its giant wings thrumming as it flew past my head, was just incredible.”

Discovered in 1858 on the Indonesian island of Bacan by British entomologist and  namesake Alfred Russell Wallace (1823-1913), the last sighting of Wallace’s Giant Bee (Megachile pluto) occurred in 1981 when American entomologist Adam C. Messer documented six nests in Indonesia. Two specimens found in February and September of 2018 sold on eBay without a twinge of lost species conscience. Clay Bolt’s capture, imaging and release of a single female giant bee affirm the tenacity of waning species.

What does climate change mean,  how do people define global warming? Do we think of melting ice caps in terms of rising ocean levels, threatened animal habitats, violent unpredictable weather? Do we think about it at all? Are we confused by anti warming propaganda, suspicious of scientific proof? How many ponder a connection between climate change and the Taliban?

Founded in 1994 by Mohammed Omar, iron fist Taliban fundamentalism seized control of Afghanistan in 1996. Brutal Taliban justice, horrific oppression of women, terrorist agendas, outraged the global community long before 9/11. One of the first Taliban edicts – eradicate all opium poppy fields as an offense to Islam. From 1996 to the American ousting of Taliban rule in 2001, Afghan farmers who once supplied of 60% of world heroin, grew wheat crops.

Unfortunately 2001 coincided with a period of unprecedented drought in Afghanistan. Devastated farmers had families to feed –…

Music is a powerful drug, a mischievous elixir capable of elevating spirits you didn’t know were worn out. Sometimes it takes a infectious Fionn skeleton to set things right.

CBC Radio provided background chatter for this afternoon’s drive home from work. Traffic, weather and politics morphed into a monotone loop. When was my last day off? How many hours have I worked this week? Never mind, doesn’t matter, I’m so tired. Suddenly shoulders lifted and toes tapped as red light turned to green.

The current auroral oval commands the Northern Hemisphere. Anyone living under the oval owes it to themselves to look up under clear dark skies. Those lucky enough to meet  Aurora, embrace her stamp of indelible wonder. She’s waiting – all you have to do is find her.